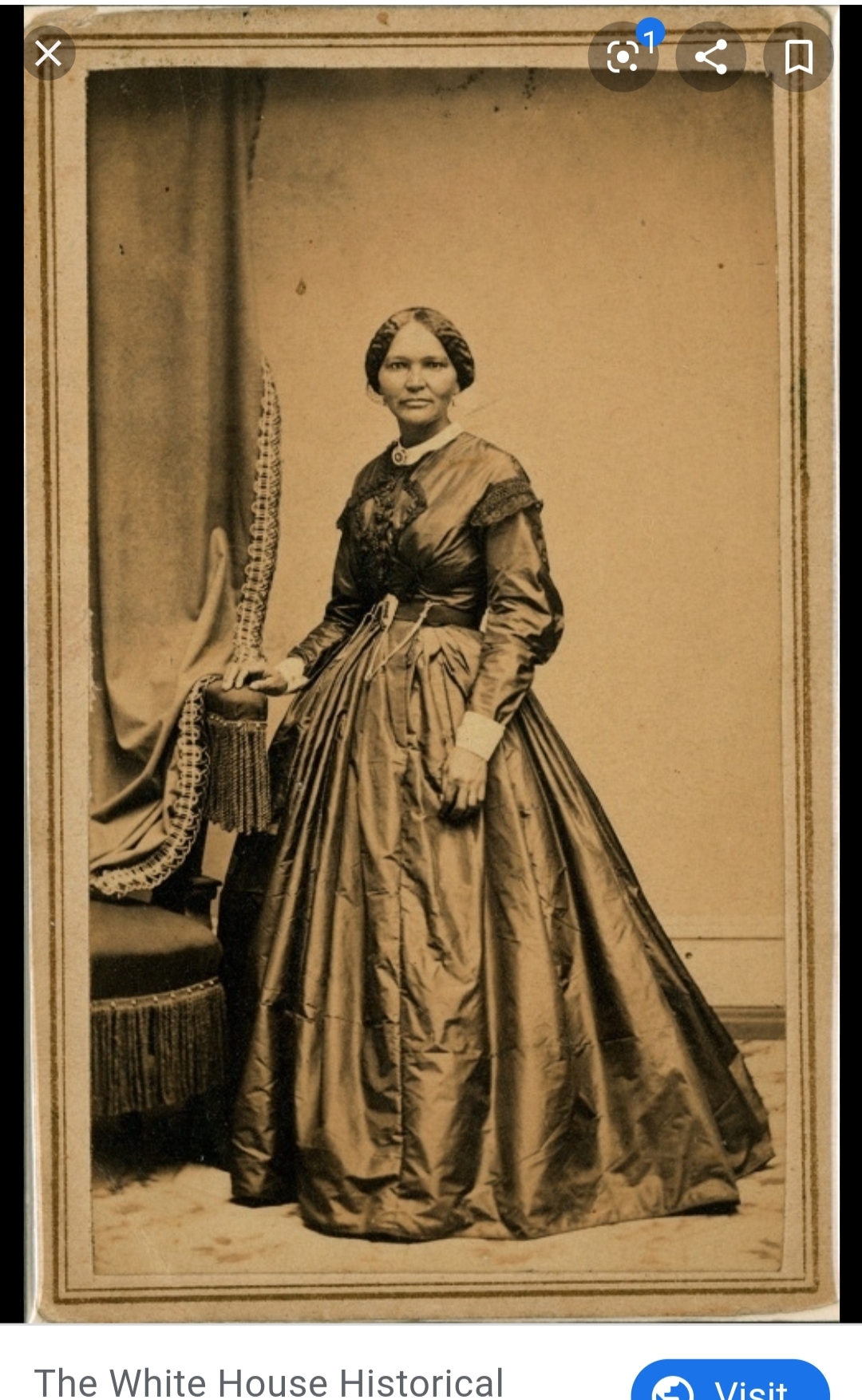 “No common mortal has died—the Moses of my people has fallen.” (Elizabeth's reaction upon seeing Abraham Lincoln’s body)

Elizabeth was able to purchase her and her son’s freedom through her seamstress work in 1855. Five years later, Elizabeth moved to Washington DC and opened her own seamstress shop. Her clients quickly included some of the most prominent wives of the nation’s politicians (including Varina Davis, the woman who would soon be First Lady of the Confederacy).

By 1861, on the recommendation of other clients, Elizabeth met the First Lady of the United States, Mary Todd Lincoln. Elizabeth quickly became Mary Todd’s go-to dressmaker, and the pair became close. Mary Todd and Elizabeth relied on one another to survive their grief; both lost sons within a seven-month period of each other (Elizabeth’s only son was killed at the Battle of Wilson’s Creek after enlisting in the Union Army). Mary Todd donated to Elizabeth’s relief aid for newly freed slaves who made their way to the capital, and Elizabeth was one of the few people Mary Todd asked for after Abraham Lincoln’s assassination.

She wrote a book about the goings on in her relationship with Mary Todd, which critics panned for violating her employer’s trust and privacy. Oh if only we lived in an age where a person’s privacy was still so valued (though I should add this was highly hypocritical on the hand of the journalists themselves, who were all to happy to invade Mary Todd and her family’s privacy both during and then after the War Between the States but I digress, back to Elizabeth).

Unfortunately, the book’s publication also led to the end of Elizabeth and Mary Todd’s friendship in 1868. She had written the account in the hopes of improving Mary Todd’s reputation, which had been torn apart after her husband’s death, but instead Mary Todd felt Elizabeth was violating her trust. The pair never spoke again.

Elizabeth returned to her own dressmaking shop, where she also trained other African American women in the art of sewing dresses. In this way, Elizabeth ensured her fellow women would be able to support themselves and their families, the way Elizabeth had done.

At the age of seventy-four, Elizabeth took a faculty position at Wilberforce University in Ohio, as Department Head of Sewing and Domestic Arts. Retirement? What’s that?

Nearer the end of her life, Elizabeth returned to Washington DC, where she passed away.