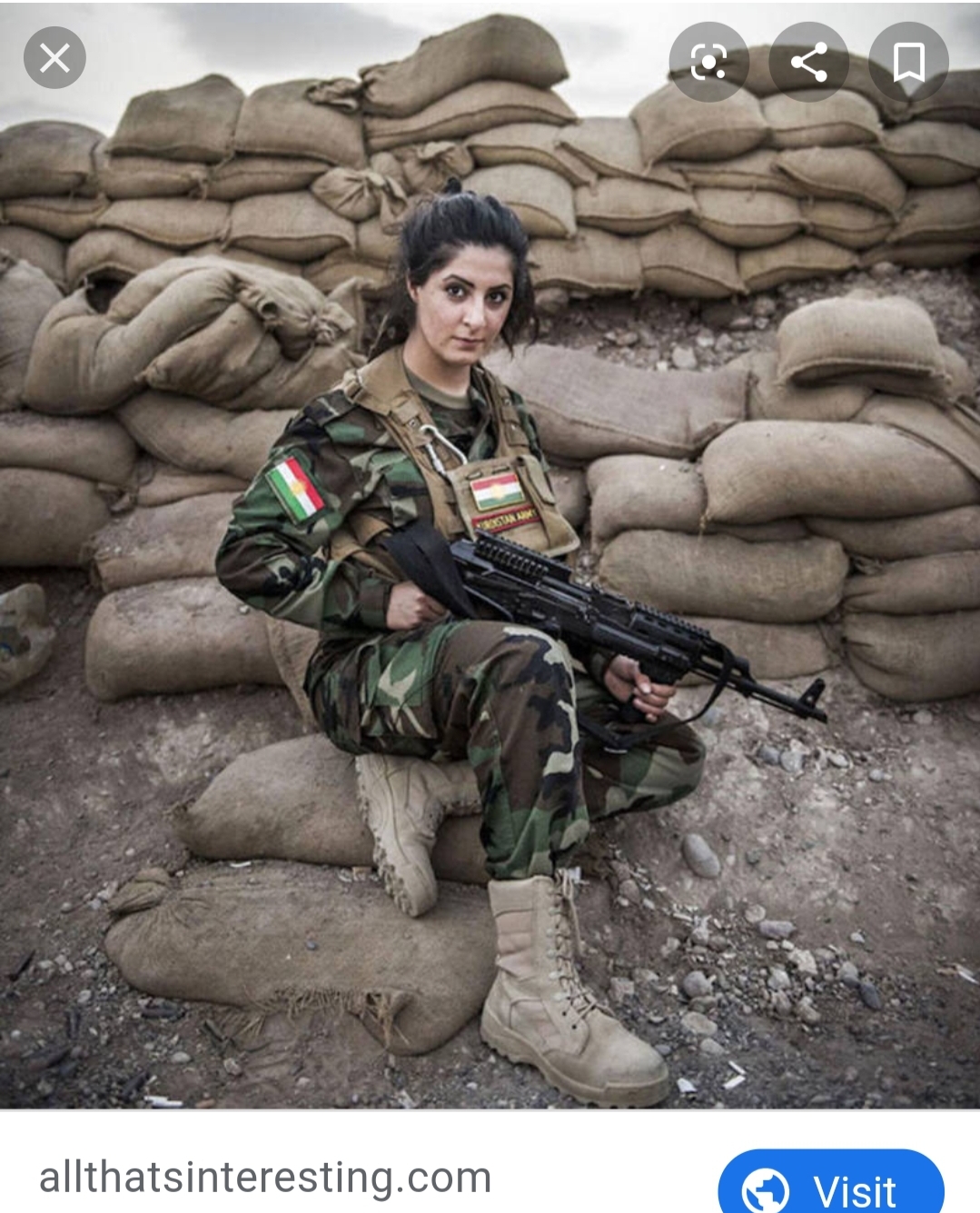 “Before I came to Denmark, I remember I made a promise to myself to make a difference. This was my plan as a three-year-old when I was just a girl digging holes in the desert for water.”

Yes, you’re reading that right. Joanna was jailed by her own country for being a hero—as horrible as it sounds.

Joanna fought and was trained as a sniper in the war against the Islamic State. She served in the Kurdish Peshmerga and YPJ forces.

Joanna was jailed upon returning home to Denmark for breeching passport laws and fighting as an unofficial soldier; becoming the first person in Danish history to be jailed for fighting in a war on the same side as international coalition forces. The law she was arrested under had been passed to stop Danish citizens from joining the Islamic State, but also meant people who chose to fight against IS would also be punished.

Joanna was sentenced to nine months in prison for this “offense.” Its also been reported by some that Jihadists put out a $1 Million bounty on her head. She now says she fears for her safety in Denmark more so than on the front lines in Syria. The Danish government also continued to punish Joanna further. She was arrested after trying to remove money from her own bank account. Joanna needed the money to buy food, but the government didn’t care. They took away her bank card and her student card from her time in university. She was literally left homeless and with nothing to her name; all for daring to fight for her people and her adopted country.

Joanna was born in a refugee camp in Iraq before emigrating to Denmark as a small child. While she quickly adapted to her new Danish life, her family clung harder to their Kurdish ways. Unfortunately, this meant Joanna’s relationship with her family was often strained, and she was abused by them all throughout her upbringing. This abuse included mental, physical, and even unwanted sexual contact. Her family later abandoned her entirely for being both too Western and too Kurdish.

Joanna left university to fight the Islamic State and served three tours in the Middle East—one after her passport was revoked. While serving in the Middle East, Joanna served in the Battle of Kobani and was a part of a raid that liberated several Yazidi girls who had been used as sex slaves by the Islamic State. Most of the girls were still children, and one was found pregnant. Sadly, the baby had already died inside of her, and it was too late to save the child herself. She died in excruciating pain only a few hours after being rescued.

She had to return to Denmark twice from the frontlines because of injuries—the first for stomach surgery and the second after fracturing her skull after falling from a building.

For the small time she worked with the Peshmerga she became the third generation in her family to do so. Her father and grandfather had fought with the Peshmerga before her, but instead of being proud of her, Joanna’s family shunned her actions.

I highly encourage anyone with the ability to read Joanna’s memoir: Freedom Fighter, to do so. The account teaches not just a basic history of Kurdish beliefs and customs—and why they continue to fight so hard for their basic human rights, but also explains why the Kurds continue to fight the Islamic State. This is something that is rarely if ever taught in the public school system, and seeing as its happening right before our very eyes, its important to be educated.