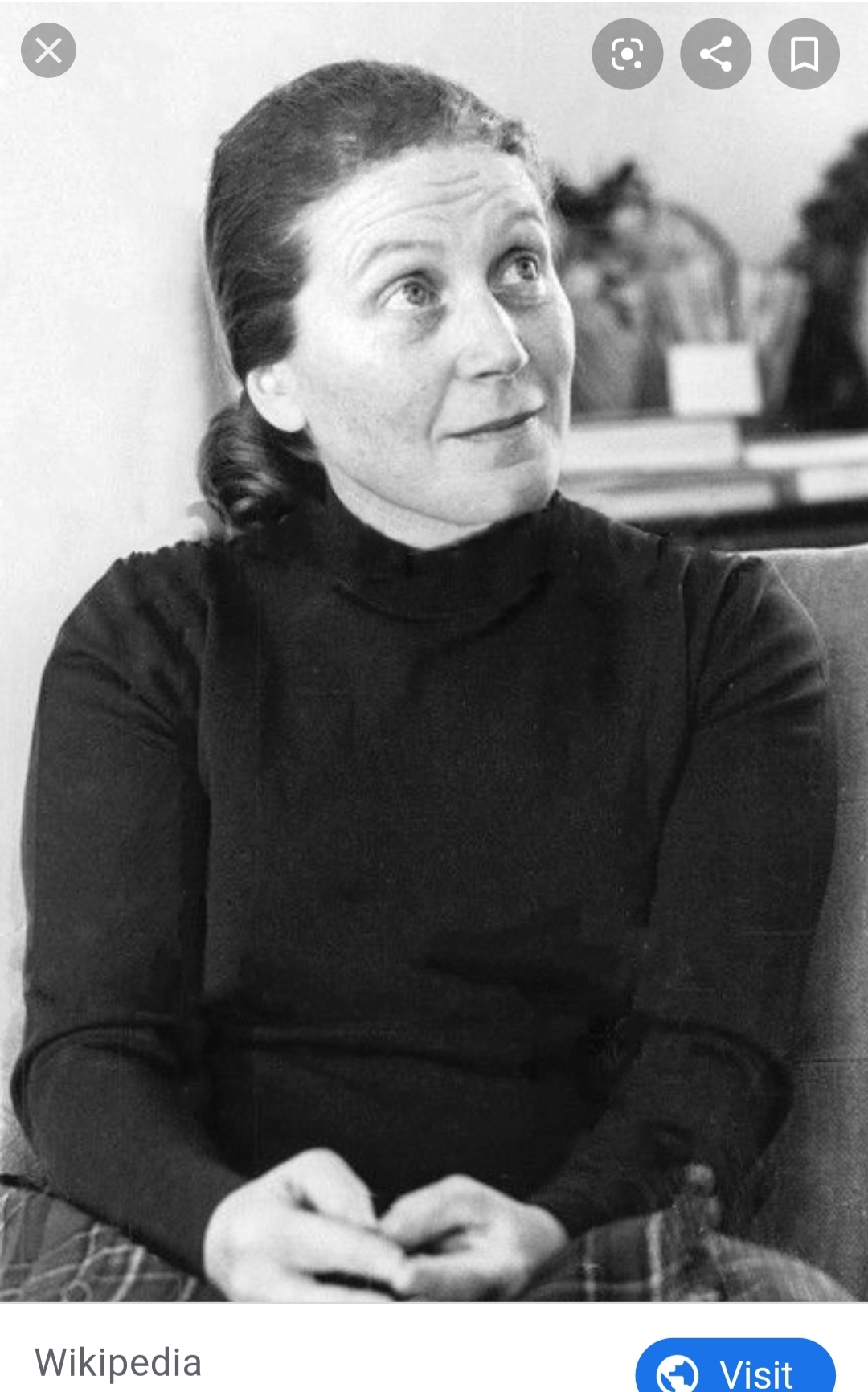 “You can’t regret your fate. Although I do regret my mother didn’t marry a carpenter.”

Most Known for Being Josef Stalin’s Daughter

As a child, Lana was known to some as the “Little Princess” of the Kremlin. She was Josef’s youngest and his only daughter. Her mother was his second wife Nadezhda (who committed suicide when Lana was still a little girl). Her father showered the girl with American movies, presents, and even called her his “Little Sparrow.” Thousands of girls across the USSR were named Svetlana, and Lana herself inspired a perfume and was likened as the Soviet Union’s Shirley Temple.

After World War II, Lana decided she wanted to study literature at Moscow University. Instead, her father demanded she study history. Then he demanded Lana become a teacher, which she also did. Lana taught Soviet Literature and the English language; she also later became a literary translator.

When Lana’s father found out she had fallen in love, he banished her boyfriend, a Jewish filmmaker, to Siberia for ten years. The second time she fell in love, Lana did marry him, even after her father smacked her and said he wouldn’t allow it. Lana had one son with her first husband and divorced him after two years.

Two years later, in 1949, Lana married her second husband; who was the son of Stalin’s right-hand man. They had a daughter together but divorced soon after.

The year before her father died, the leader of the USSR after his death, Khrushchev, wrote that Stalin grabbed Lana by her hair and forced her to dance. Obviously, there was some tension between father and daughter, and helped explain Lana’s actions later on in her life.

Lana changed her last name to her mother’s maiden name, Alliluyeva, after her father’s death in 1953. Nadezhda had died when Lana was only six years old, and at the time she was lied to; told her mother had died from appendicitis. Lana would not learn the truth, that her mother had killed herself from a deep depression that Lana’s father had a lot to do with, until she was a teenager.

In the 1960’s, Lana decided she wanted to get married for a third time, to an Indian communist man. However, the new Soviet government refused to allow the marriage to take place, one of the many slights Lana received after her father’s death. Once Lana’s boyfriend died, the Soviet government begrudgingly allowed her to take his ashes home to India. Lana would later refer to him as her husband, though no evidence of a marriage between them has ever been found.

After arriving in India, Lana managed to ditch the KGB agents following her. She raced to the United States Embassy in New Delhi and requested political asylum. News exploded across the world as Lana quickly became the most high-profile Soviet defector in the world. President Lyndon Johnson worried accepting her into the country might damage peace efforts between the US and the Soviet Union. However, President Johnson finally agreed to admit her as long as Lana, as she was now known, agreed to not flaunt her new status for the world to see.

When she arrived in New York, Lana held a press conference in which she denounced the Soviet Union. She also published her first autobiography a few months later. The book reportedly earned her $2.5 million, so not bad. Lana also burned her Soviet passport, called her father “a moral and spiritual monster” and likened the KGB to the Gestapo.

When she left the USSR, Lana’s son was twenty-two and her daughter seventeen. In early interviews, she mentioned she felt lonely in her new home country. However, by 1970 she had married for the third time. She also had a child with this husband, another little girl, but they separated when the girl was eight months old and later divorced.

In 1978, Lana became a United States citizen and told a reporter she registered as a Republican. However, little else is known about her life during that time. In 1982, Lana and her daughter moved to England. Lana also became speaking more favorably of her father again and noted that he would have shot her had he been alive when she defected. That may seem like an over exaggeration, until you consider that Lana’s older half-brother was literally killed during World War II after he was captured by the Germans and their father refused to exchange another prisoner to get him back. Her full-blooded brother died when he was only forty years old from affects of his alcoholism. So yeah, Lana was probably correct in her assumption about her father.

After sixteen years of being apart, Lana finally heard from her son for the first time. The Soviet government had begun to relax their extreme policies against Lana, and so her son was allowed to call her often. He decided he would visit his mother soon; however, the government drew the line there. Lana was going to see her son no matter what though, and so in 1984 she packed up her younger daughter, then thirteen, and moved back to Moscow. Upon arrival, Lana promptly asked that the government take her back.

Once it was certain Lana wouldn’t be kicked out, she began denouncing the United States in an eerily similar fashion to the way she had spoken of the Soviet Union earlier. She claimed she had enjoyed a single day of freedom in the West, that she’d been a virtual captive of the CIA, and she would explode in anger when questioned by any journalist about her new views.

Lana and her daughter were given Soviet citizenship, but it wasn’t the homecoming Lana had expected. Her older children shunned her, and the public at large condemned Lana for refusing to bow to the government’s insistence on Atheism. Lana refused to remove her crucifix, and eventually left Moscow. Taking her daughter with her, Lana settled in Soviet Georgia instead, but it was no better than Moscow had been.

After only two years of being back in the Soviet Union, Lana returned to the United States in 1986. Once she reached Wisconsin, Lana said that she had simply been mistranslated and that everything she’d said in Moscow was misconstrued in the West. Mhm. Meanwhile her daughter went back to school in England.

Friends said that Lana spent the rest of her life unable to stay in one place for longer than two years. Despite publishing two bestsellers, Lana claimed to be impoverished from failed investments and that she had donated the vast majority of her wealth to charity. Her son died in 2008.

When news finally did spread that Lana had died from colon cancer, various officials within Wisconsin and even the local funeral home refused to answer questions or confirm what her last days had really been like. Both of her daughters survived her, though neither wanted to comment much on her mother’s death. Her younger daughter was living in Oregon at the time, having changed her name to help preserve her anonymity. Lana’s older daughter was studying a volcano in Siberia, reportedly.

It was a sad and lonely end for a woman who spent her entire adult life running away from her own past. A year before she died, Lana stated in her interview (regarding her father): “He broke my life. I want to explain to you. He broke my life… Wherever I go here, or Switzerland, or India, or wherever. Australia. Some island. I will always be a political prisoner of my father’s name.”

Stalin's Daughter: The Extraordinary and Tumultuous Life of Sveltana Alliluyeva by Rosemary Sullivan