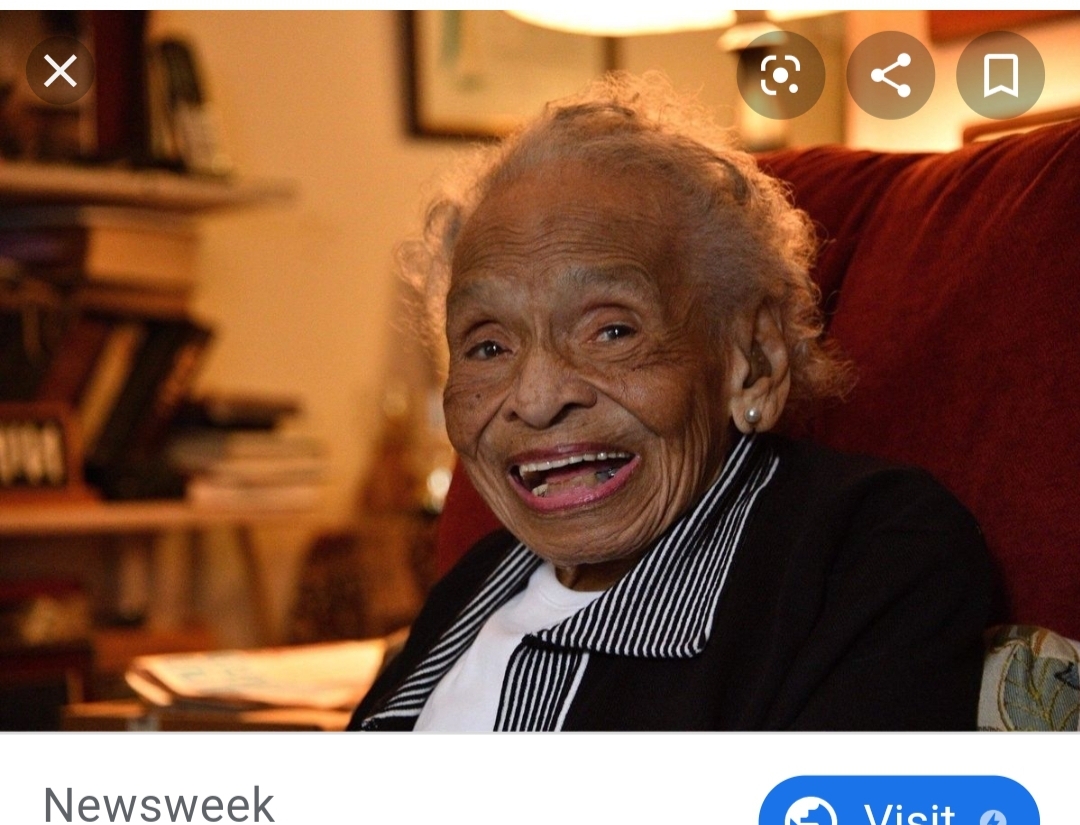 The First African American Woman to Enter the US Coast Guard

Olivia enlisted in 1945 and worked in the SPARs Program, also known as the US Coast Guard Women's Reserve.

Olivia was also the last survivor of the Tulsa Race Riot and Massacre of 1921 (at the time the area where the riots happened was called Black Wall Street). The riots broke out after a white woman claimed she had been assaulted by an African American man. Though the claim was never substantiated or proven, the locals responded by taking the law into their own hands (after arresting the man accused of sexual assault). Overnight, more than thirty-five blocks of Greenwood, aka Black Wall Street, in Tulsa were incinerated, and between three dozen and three hundred African Americans had gone missing or were killed (estimates vary wildly, and no exact number has ever been pinned down). At the time, Olivia’s father owned a department store, which was completely destroyed. Olivia’s father never received compensation from the insurance company for the damage, and the family was financially ruined.

After the smoke cleared, Olivia’s family moved to Ohio to start over. They had managed to cash a bond, which was protected by a safe that managed to survive the riots, and Olivia’s father began a new career in real estate. Olivia herself was plagued by nightmares and other symptoms, most likely PTSD, from the Riots.

Olivia overcame all of the hardships and graduated from Ohio State University in the midst of the Depression. She then tried to enlist in the WAVES (or Women Accepted for Voluntary Emergency Services—the women’s division of the US Navy) but was denied entry, possibly because of her ethnicity. That’s okay though, because it meant Olivia was even more special. As previously stated, she became the first African American woman to enlist in the US Coast Guard.

Olivia served with the Coast Guard for right around a year. After her unit was disbanded following the end of the war, she used her GI Bill to pursue higher education. She earned a master’s in psychology and later a doctoral degree.

Olivia was a Professor at Fordham University until 1985 and served as director of the Kennedy Child Study Center in New York City until 2002.

In 1973, Olivia helped found Division 33 of the American Psychological Association which conducts research and advocates for people with intellectual and developmental disabilities.

Olivia continued to volunteer with the Coast Guard auxiliary until only a few years before her death. She also continued to advocate, though was never successful, in seeing the survivors of the Tulsa Race Riots receive restitution from the federal government.

In June of 2015, the US Coast Guard named a wing of its training center after Olivia. Sources differ on whether it was the center in Washington DC or Staten Island. In 2019, it was announced the USCGC Olivia Hooker, a fast response cutter, would be commissioned and rolled out for the United States Coast Guard after 2023.

Though she died at the age of one hundred and three, Olivia never married or had children.