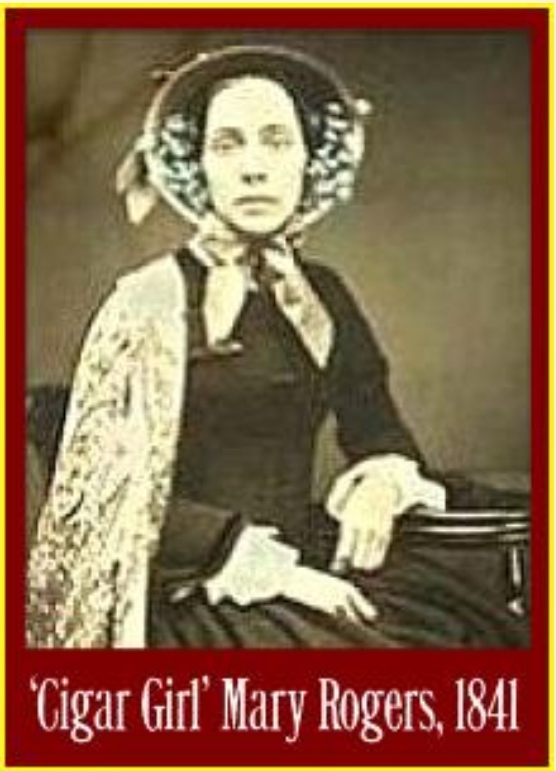 Her body was found floating on the New Jersey side of the Hudson River and it appeared she had been strangled.

Though officially unsolved many people suspect her fiancé killed her—especially since he later poisoned himself near where her body was found (though he had an alibi that held up in the wake of her murder).

He left behind a suicide note that might pertain to his guilt though a local tavern owner claimed Mary died from a botched abortion—but that doesn’t explain the marks from strangulation around her neck.

Mary’s death was one of the first to be sensationalized by the press. Her story was featured on an episode of the Travel Channel’s Monumental Mysteries which you can watch here.