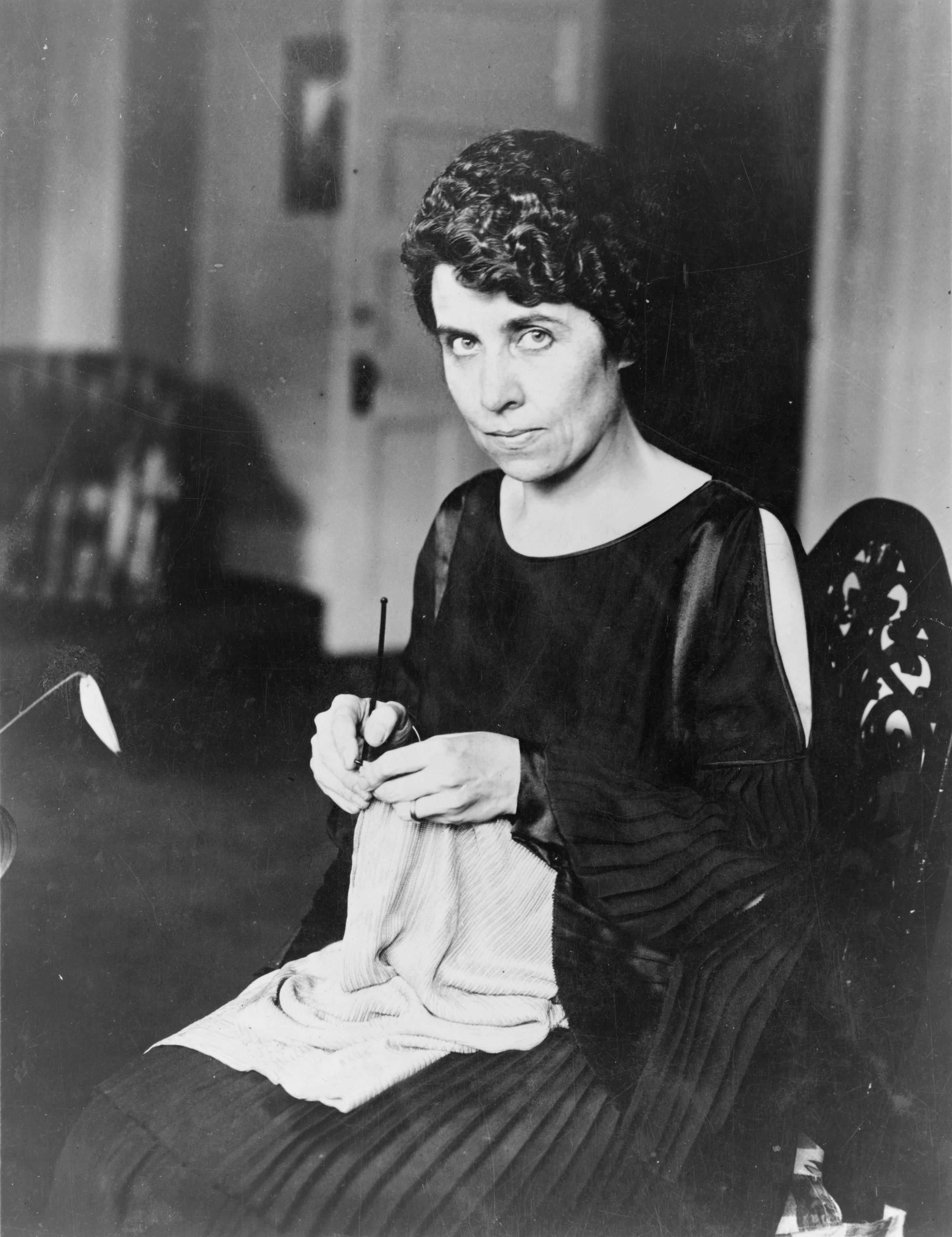 Former First Lady of the United States During Her Husband, Calvin Coolidge’s Administration

Grace was an only child, and very close to her parents. From a young age she watched and learned from her mother how to sew, cook, clean, garden, knit, and bake.

Grace’s parents were also all too happy to allow her to attend school, and Grace began at Grammar School when she was only five.

In high school, Grace studied Latin, French, various scientific topics, and took voice lessons on top of the required English and history classes. After high school, Grace took ill and had to remain home for a time, but eventually she went on to college. Grace became the first First Lady to earn a traditional four-year college degree.

After graduation, Grace trained and eventually began to teach at the Clarke School for the Deaf. Her mother wanted Grace to teach at a more traditional school closer to home, but Grace was determined, and quickly learned and was able to teach her students to lip-read (this was a time before sign language became a popular, and albeit better system to teach the deaf). Grace would teach the deaf for three years, and though her teaching days ended with her marriage in 1905, Grace remained committed to keeping up to date on the developments in teaching the deaf.

On Grace’s wedding day, she wore gray and had no flowers. She and Calvin married in her parents’ home and enjoyed a weeklong honeymoon. They would eventually have two sons.

Two years after the wedding, Calvin was first elected to office. He would spend much of their son’s childhoods away in Boston while Grace continued to raise the boys back home. Before Calvin was president, he served in state legislature, as lieutenant-Governor, then as actual Governor of Massachusetts. He also served as Vice President of the United States and Mayor of Northampton., Massachusetts before he made it to the Oval Office.

Once Calvin became Vice President, the Coolidge family moved to Washington DC. Grace quickly became a popular social figure in DC. Soon after, President Harding died while in office. Grace reassured the suddenly widowed Florence Harding that she did not need to vacate the White House immediately but was instead to take her time. Sadly, more personal tragedy would soon follow.

During the 1924 presidential election period, Grace and Calvin were subdued to say the least. Their son, Calvin Jr, died that July. He was only sixteen and died after a two-day battle with blood poisoning. Historians have speculated whether or not Grace would have had a more active role in the campaign had she not been in mourning. Of the few public appearances Grace did make, one happened on the White House lawn. Grace had her desk carried out onto the green and allowed photographs to take her photo as she filled out her absentee ballot. This gesture was to remind women of the fact this was only the second election cycle they had been given the right to vote in; following the passage of the Nineteenth Amendment in 1920.

Although Grace was very detached from her husband’s role, hardly made any significant public appearances, and received minimal response from the public from her hopes for the White House, she did make one important contribution to the history of the United States. Grace was one of the first First Ladies to advocate for federal legislation. In her case, she asked Congress to approve donations to the White House of items that might have once belonged to the Presidential Mansion. Grace wanted to restore some of the rooms to their former historical glory. She received minimal response, sadly, but was able to refurbish the Green Room.

Another famous moment from her tenure as First Lady came from a simple photoshoot. Grace posed for a photo with the famous deaf/blind Helen Keller. As Grace was a former teacher for the deaf, just being in the White House brought national attention to deaf children across the country. Grace was able to raise $2,000,000 in an endowment fund for the Clarke School for the Deaf while First Lady, though her husband received most of the credit.

Grace had a strict policy of not speaking to the press or giving speeches while First Lady. The only time she ever “broke” her rule was with a gathering of female reporters. They asked her for a speech, and so Grace appeased them by raising her arms and making a few rudimentary signs she had learned while in training for the deaf.

Part of the reason for Grace being held back from public view stemmed from her husband. Calvin’s belief was that men should be in public roles while women stick to the background. Grace said that, had she been more involved with Calvin’s public life before he became Vice President, she might have been more inclined to take on a larger role as well.

Calvin would not let Grace drive a car or fly in an airplane (even when one of their guests, the esteemed aviator Charles Lindbergh, offered Grace a private ride). He also refused to let her cut her hair short, as was all the rage in the Jazz Age, and would not let her wear pants when she wanted to go hiking.

The only time Grace ever seemed to stand up to her husband was done in secret, without him even knowing. While on vacation in 1927, Grace took a hike with only one of her unmarried Secret Service agents. They got lost and were away a few hours longer than they meant to be. When the “couple” returned, the press had a field day, which only grew worse after the president insisted on the poor secret service agent being removed from Grace’s protective detail. The media wondered if this meant there was marital trouble between the Coolidges, and possibly a hint of an affair with the agent. There definitely wasn’t anything of the sort going on, but Grace reached out to the head of the Secret Service to ensure the poor agent wasn’t put into too much trouble. Surviving letters indicate Calvin never found out.

Calvin died of a heart attack in 1933, five years after they left the White House. Four years later, Grace was awarded a presidential widow’s pension. She also ensured her memoirs were written down; the manuscript typed with her own hands. Grace realized when she first became First Lady that very little information on other first ladies survived, and she didn’t want to continue that tradition. The autobiography was published after she died.

From 1935 to 1952, Grace served as President of the Clarke School for the Deaf. She ensured the Boston Red Sox’s played at least one game a year for which some of the proceeds were donated to the school. Grace also kept apprised of all new technology being created to help the deaf.

In 1936, after Grace learned to drive a car, she took a road trip across Europe. That same year she moved into her own home that she designed and rode in an airplane for the first time. She became a staunch supporter of President Roosevelt during World War II, and one of her last public acts was to voice her vocal support for the creation of the United Nations.

She never remarried, and if anything, Grace is proof that life doesn’t end when a beloved spouse does. If anything, sometimes that makes life begin again.