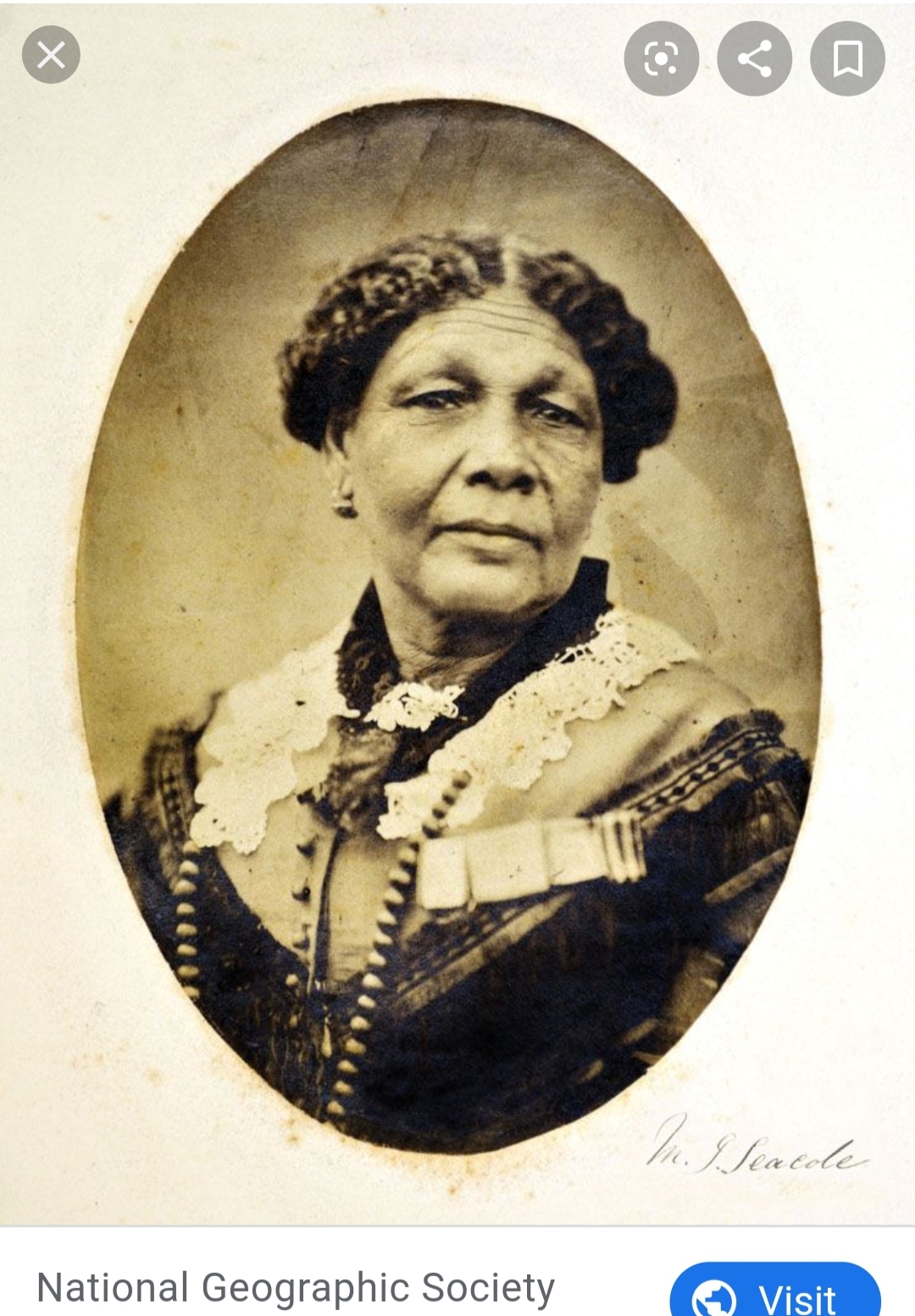 “I made up my mind that if the army wanted nurses, they would be glad of me…I would go to the Crimea; and go I did, as all the world knows.”

Nurse during The Crimean War

Mary opened up a British Hotel where she treated patients behind the lines during the war.

Her mother was black, but Mary’s father was a white Scottish army officer. This meant Mary and her siblings were born free (though they could not vote, enter a profession, or hold public office). Mary’s mother worked as a healer, and taught Mary the local healing techniques their people had used for generations. Mary’s medical knowledge was furthered when she traveled to England. Unfortunately, Mary also experienced racist remarks while there.

Mary returned to Jamaica and married. However, her husband was ill, and he died. Mary’s mother followed him to the grave soon after. Mary was devastated by their deaths but pushed past them. In 1850, Mary’s skills as a nurse were greatly needed when cholera struck Jamaica.

The following year, she traveled to Panama to visit her brother. A similar epidemic broke out in the area and Mary was the only person around with any medical training. Mary saved many lives during the pandemic. In 1853, she returned to Jamaica and saved her fellows all over again, this time during a Yellow Fever outbreak.

When the Crimean War broke out later that year, Mary was rejected by every British organization she applied to to become a hospital nurse, leading her to buy her own supplies and travel there at her own expense where she opened the British Hotel.

Mary was the first woman to enter Sebastapol after the fall of the town. Despite being revered by the soldiers at the “Black Nightingale” she received zero official recognition for her work (she got that particular nickname because Florence Nightingale was the main, white, nurse employed by the British during the conflict).

The war ended so abruptly Mary was left bankrupt. Luckily others started a fund for her, and she raised even more money by writing her autobiography.

Despite dying with a good amount of money her grave was left unmarked until 1973. In 2004, Mary was voted the greatest Black Briton (Jamaica was controlled by Great Britain during her lifetime, ergo Mary was British!). In 2016, a statue was unveiled of Mary in Great Britain.