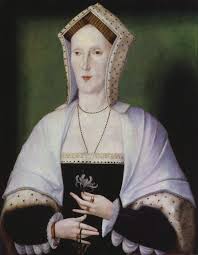 Her Family Had Risen So Far, and They Fell So Low

Margaret was one of two women in her time to hold an English peerage in her own right. In her case, she was the Countess of Salisbury.

Margaret was the daughter of George, Duke of Clarence and Isabel Neville (Anne Neville’s older sister). This made Margaret a Plantagenet Princess upon her birth. Two of Margaret’s uncles were King of England—Edward IV and Richard III, and Margaret herself was born in the midst of the political upheaval known toady as The Wars of the Roses.

Before Margaret’s fifth birthday, both of her parents were dead. Her mother died first; and her father would go on to accuse a local woman of murdering her. Then Margaret’s father was executed by his own brother, the king, on the grounds of treason.

After Richard III, Margaret’s uncle, was killed at the Battle of Bosworth, Henry VII came to the throne as the first Tudor King. This left Margaret and her brother in a tense position. They were next in line to the new king’s throne until he had heirs of his own and seeing as they’d seen so much death and destruction throughout their young lives, they knew theirs were just as precarious. Margaret’s brother was quickly arrested and detained in the Tower of London, so he wouldn’t be able to try anything. Edward was executed soon after for the sole reason of being the last surviving male of the Plantagenet Bloodline.

Margaret and the other daughters of Edward IV were quickly married off to allies of the new king. Margaret’s husband would be Richard Pole; a less than ideal match seeing as she was royal, and he was not. Richard was the nephew of Henry VII, albeit distantly. Richard’s mother was the half-sister of Henry’s own mother, Margaret Beaufort. Margaret and Richard had many children, of whom five survived to adulthood. Richard died in 1504.

In 1509, Henry VII died and his son, Henry VIII, took the throne. With this changing of kings, Margaret’s situation improved. She was brought into the royal household to work for Catherine of Aragon, Henry’s first of many queens. Three years later, Margaret was also given the title Countess of Salisbury in her own right, as mentioned above. This benefited Margaret in two ways. For one thing, the Salisbury peerage had once belonged to her family before, and so this was a way of her family reclaiming what was once there’s. The second benefit stemmed from the income Margaret made from the lands that now belonged to her. She was quickly one of the wealthiest members of the aristocracy in England.

Margaret was also devoutly religious and belonged to the Roman Catholic Faith. Her son Reginald was also devout (he was a cardinal and was once the Archbishop of Canterbury), and he fled England when the Reformation began to strike at her border’s. Unfortunately for Margaret, her son Reginald didn’t just go quietly into the night. Once he was safely abroad, Reginald let it be known far and wide he disapproved of the new Church of England and urged the European Princes to denounce Henry for his actions. Henry was rather furious when he learned of this, but with Reginald out of his reach, he instead turned to Margaret and her other family who remained in England. Though Margaret and her son Henry denounced Reginald’s actions in a bid to appease the king, the damage had been done.

Henry already had a bad taste in his mouth towards Margaret for her defense of his first wife, Catherine, and his daughter Mary in his messy divorce. Though this is no surprise, Margaret had been Mary’s sponsor in baptism and confirmation, and she was later appointed governess of Mary and her household. In the intervening years, Margaret had even discussed having her son Reginald (while he was still a layman) possibly marrying Mary. All of this, plus the fact that Margaret had once worked in Catherine’s household meant it was natural to support the now-former Queen and Princess.

Unfortunately, this meant King Henry had even more ammunition to use against the Pole family.

Margaret’s remaining two sons were arrested with other members of their family. Henry was executed for treason, though Geoffrey would go free. Soon after, Margaret and other members of her family were all detained. Margaret was convicted and lost her lands and titles. It is now known part of the so-called evidence used to convict her was fabricated.

Now she was simply Margaret Pole, a sixty-five-year-old woman completely at the king’s mercy. For two and a half years she wasted away in the Tower of London, waiting for the date of her execution.

Finally, on the morning of May 27th, Margaret was informed she would be dead within the hour. Till the end, she clung to her innocence and said she had done nothing to go against the king. Because of her noble rank, Margaret was “Spared” the horror of a public execution, but a number of witnesses were still permitted to watch as the frail sixty-seven-year-old grandmother made her way to the block. Sadly, it wasn’t a swift and easy execution like Anne Boleyn’s had been. Instead, Margaret’s shoulders and neck were hacked to pieces by an executioner who had no idea what he was doing. She finally, mercifully died, and was buried on the grounds of the Tower.

The Woodvilles: The Wars of the Roses and England's Most Infamous Family by Susan Higginbotham