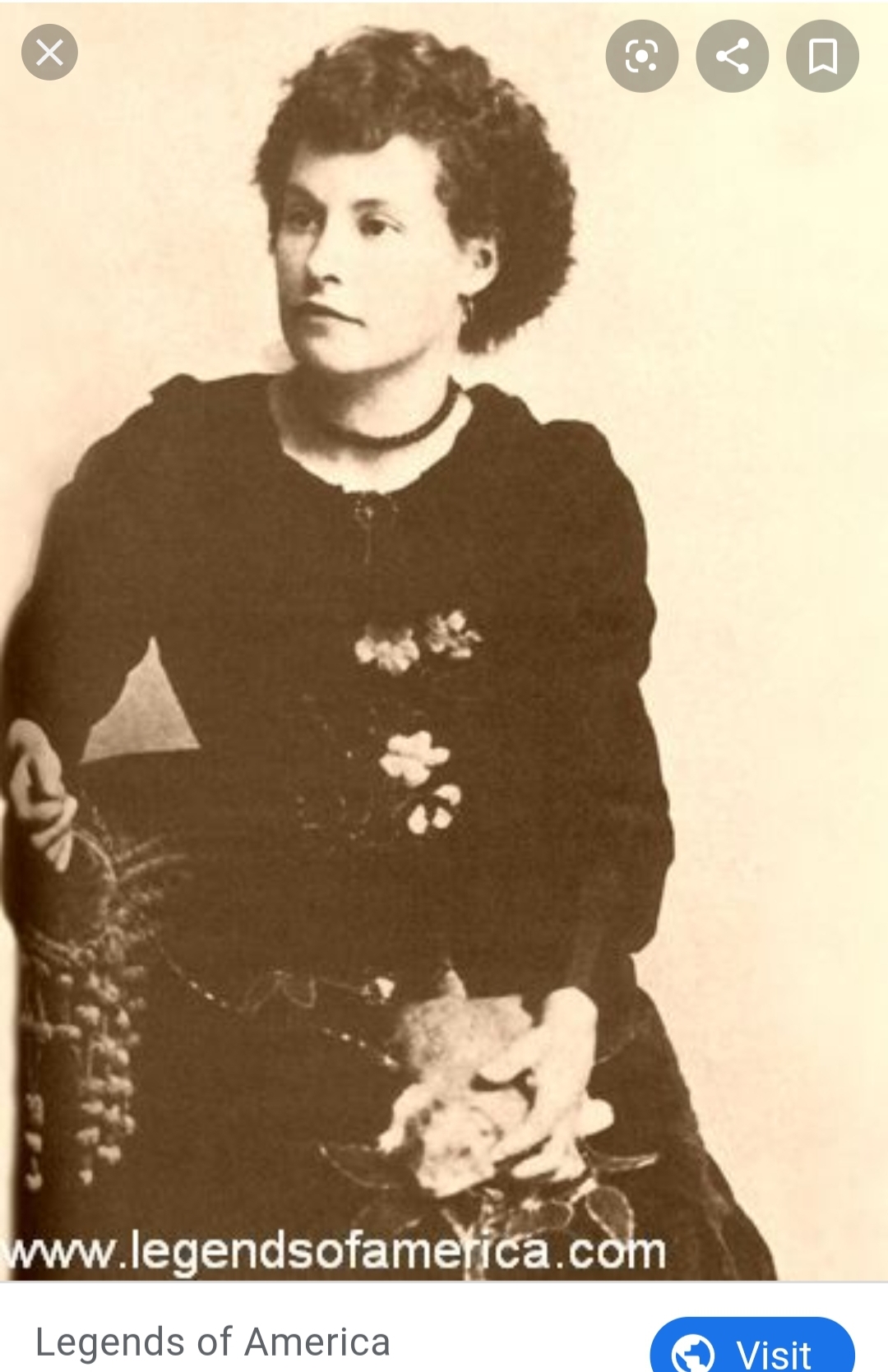 Also Known As: Squirrel Tooth Alice (I wish I was kidding)

Libby was taken captive by Comanche Native Americans as a girl after her family lost their fortune in the War Between the States. Libby was taken in 1864 and she would remain with her captors for three years.

When she was thirteen, Libby’s parents paid a ransom to get her back, but by then everyone assumed she’d “submitted sexually” to the Native Americans and was therefore an outcast. She was an actual child and white society ostracized her and threw her out for something that was literally not her fault. Gotta love people, right?

Libby soon found solace in an older man who didn’t care about her past, but her dad didn’t like her new relationship. Libby’s father shot and killed the guy which made Libby’s life even worse.

Then Libby ran away from home a year later to start over. She wound up in Abilene, Kansas, where she worked as a dance hall girl and prostitute. This was also when Libby got her nickname “Squirrel Tooth Alice.” The name came about from two reasons: the first, she had a huge gap in her teeth. The second, Libby liked to keep prairie dogs as pets and parade them around on leashes. Thankfully she didn’t end up with the moniker “Prairie Dog Tooth Alice.”

Eventually Libby got involved with William “Texas Billy” Thompson. This means Libby’s future brother-in-law was the more famous Ben Thompson, protector of women, gunslinger, and all around pretty cool dude.

One day, Billy ended up getting drunk and shooting the sheriff, so Libby ended up on the run to Texas. Billy was eventually caught and extradited back to Kansas, where he stood trial for murder. Luckily for him, the shooting was ruled an accident and Billy was released.

Libby and her husband were married twenty-four years and ended up living well owning a brothel and ranch. She had nine children in total, but some claim three were fathered by men other than her husband (she had continued to work as a prostitute long after she got married).

Later in life, Libby’s daughters became prostitutes and her sons mostly turned to crime. Libby finally returned and moved to California, where she passed away in a nursing home.