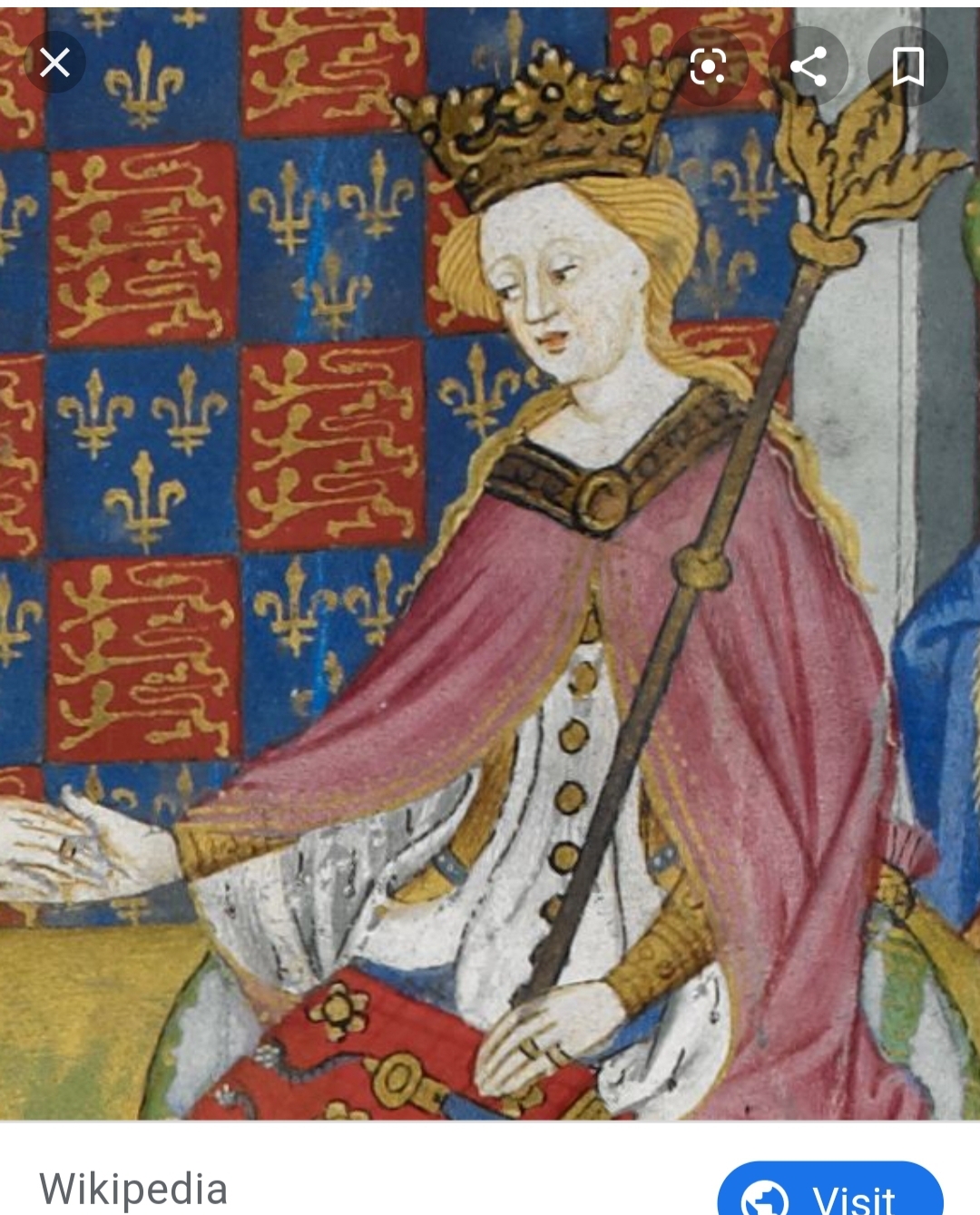 Margaret was also a pivotal figure in the Wars of the Roses and is recognized as the leader of the Lancastrian faction.

Margaret’s marriage to Henry VI was supposed to help secure the truce secured between France and England near the end of the Hundred Years’ War. Margaret’s father was the king of Naples, Sicily, and Jerusalem, but in reality, was more of a peasant soldier who spent large periods of time in prison. Margaret watched as her mother (who was Duchess of Lorraine in her own right) and grandmother took over and ruled in her father’s place, and so when the time came, Margaret was ready to do the same for her husband. Oh, and her aunt was married to the King of France, so you know, that helps.

Margaret was fifteen when she married Henry VI, and she was immediately unpopular in her home country. Unfortunately for Margaret, her father’s lack of money meant she was given to Henry with no dowry. Instead, England would give up control of the occupied areas of Maine and Anjou in France. When the English public learned this, most decided Margaret wasn’t worth it.

Henry wasn’t much of a catch either. He was the child of Catherine of Valois (whose brother was the king of France) and Henry V, the famed English king who won the day at the bloody Battle of Agincourt. Henry VI became king at the grand old age of—nine months! Yes, it’s true; Henry V died of dysentery while on campaign in France, leaving the infant son he never had a chance to meet as the new king. Henry VI was the youngest minor to ever achieve the throne of England, and he also was far from the tough and imposing figure his father was. In actuality Henry was a pushover; there’s no nicer way of saying it.

Margaret and Henry spent eight years of marriage before a child was born to them. Henry was completely faithful to his wife, a rarity in the Middle Ages, but this was less a romantic gesture and more because of Henry’s well-known revulsion for the naked human body. No wonder it took eight years for a child to be born to the pair (and even then, some claimed at the time and still today that Henry could not have been the father. Two other men have been named as possible fathers, but there’s no solid evidence either way and Henry accepted the child as his own, so…).

Only a few months after Margaret realized she was pregnant; Henry VI fell into a famed eighteen-month long stupor. This occurred after the English lost the last of their grand territories in France; the final nail in the coffin and the end of the Hundred Years’ War. Henry had lost almost everything his father had fought so hard to gain and couldn’t deal with it. His son, whom Margaret christened Edward, was born in the middle of Henry’s stupor, but even the birth of his child wasn’t enough to wake him.

With Edward brought safely into the world, Margaret decided to use her infant son and invalid husband to her advantage. By that point, political tensions in England were rough, and the Yorks were adamant they be given more control in Henry’s mental absence. Margaret did her best to rebuff the men she saw as enemies and attempted to pass five articles which would give her practically total control of the country. The articles were thoroughly rejected, but you cannot blame her for trying.

Eventually Henry woke up, but he still wasn’t strong enough to end the political minefield England had become. Bloody conflicts and riots broke out across the country, and the aforementioned Yorks began to grow in number and power. After the battle of St. Albans, in which the Yorks lost some of their popularity after they killed some of the other nobles despite winning the battle, Margaret seized the day and quickly became the most powerful political figure in the realm. It was at this moment when she really took over for her lackluster husband.

To punish the Yorks, Margaret oversaw a bill of attainder that stripped the Yorks of their properties and other properties. This really rubbed the Yorks wrong and made them hate Margaret even more. Soon after, another battle broke out in the town of Towton which made Margaret and Edward flee to Scotland. Soon after that another invasion force compelled Margaret and her young son Edward to flee again, this time across the channel to France. Henry was left behind in Scotland.

At this time, the rival and new leader of the Yorkist Faction took the throne of England as Edward IV. Edward would eventually marry Elizabeth Woodville.

Eventually, Edward IV would be temporarily tossed from the throne with Henry VI put back in his “rightful” place. However, this didn’t last very long, and Edward was able to retake control of the country. Henry was murdered in the Tower of London to get him out of the way, permanently.

Margaret would also lose her son, Edward. He was captured and killed at the Battle of Tewkesbury in 1471, just before his own father’s murder. Margaret herself would be imprisoned for a time before finally being released after the King of France intervened four years later in return for taking Margaret’s inheritance. Margaret would live out the rest of her days in relative poverty in France. To add insult to injury, her tomb was looted during the French Revolution.

Margaret is also remembered for founding Queens College Cambridge in 1448. She was devoted to hunting and reading, and even though she was not victorious in taking back her throne, she should be remembered for being tough, insightful, and politically savvy in an age when the majority of European women couldn’t even read or write.

The YouTube Channel “Real Royalty” has uploaded a four-part documentary series chronicling the events of the Wars of the Roses. I went ahead and created a playlist of them, which you can reach here.

Eleanor, the Secret Queen: The Woman who Put Richard III on the Throne by John Ashdown-Hill

The Wars of the Roses by Dan Jones

The Woodvilles: The Wars of the Roses and England's Most Notorious Family by Susan Higginbotham