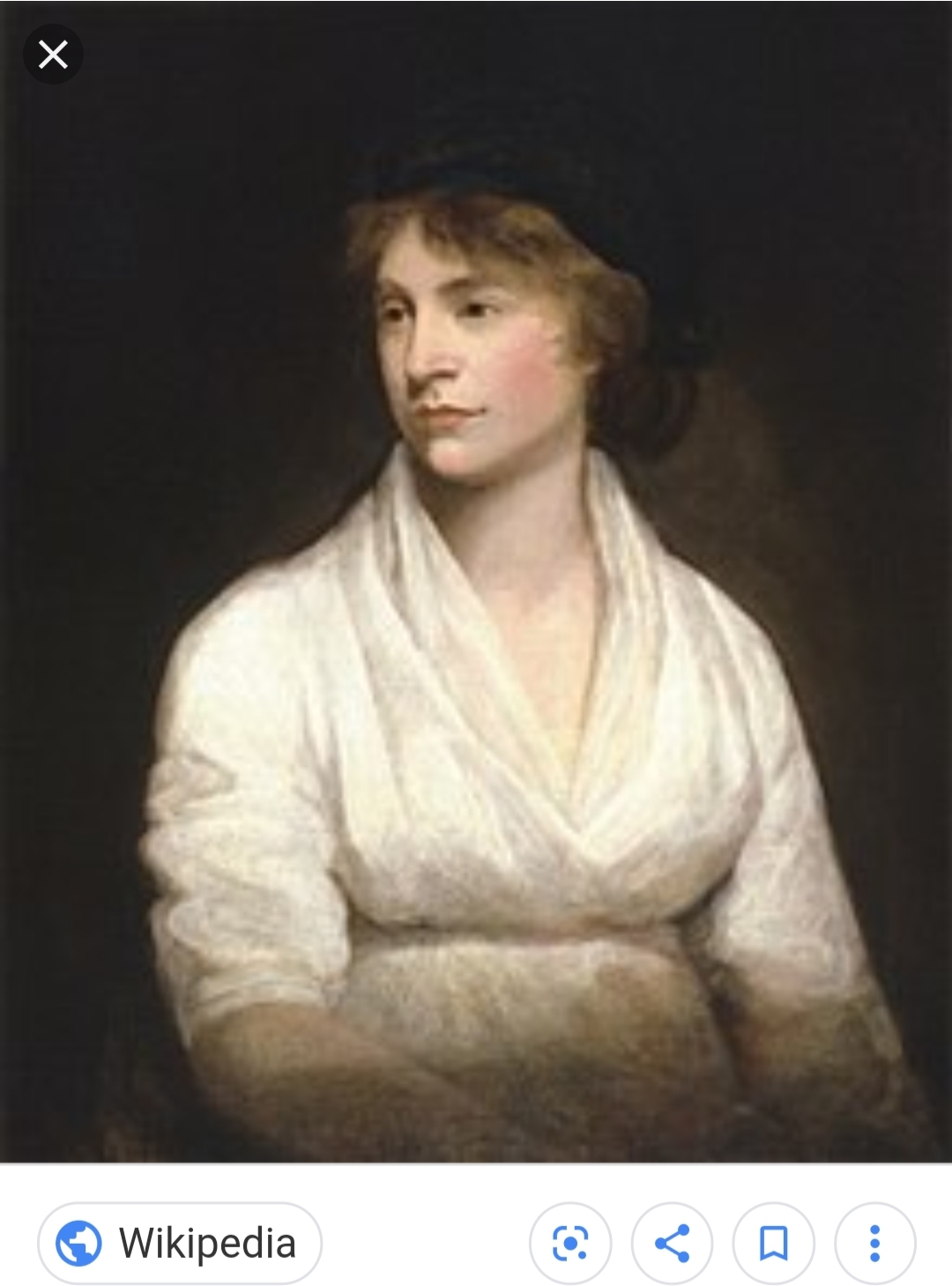 Writer and Feminist Most Known for Her Work Vindication of the Rights of Woman.

Mary left home after her mother’s death and her father’s abusive behavior became too much for her.

She would eventually start a school for girls with her sister and another female friend. Mary wrote many pamphlets and even a book on the importance of educating girls.

She tried to work as a governess for a time but found domestic house life was not for her and instead, she became a regular contributor to her friend’s newspaper. Mary also wrote that women should not be tied down to domestic life and that ignoring the fact that women had strong sexual desires of their own was stupid to pretend otherwise (you can imagine how unpopular she was with some people for that).

She began an affair with an American merchant that produced a daughter she named Fanny however the father left her soon after.

During that time Mary wrote her critique of the French Revolution, among her other works.

Mary soon found herself in a relationship with William Godwin, the founder of philosophical anarchism. They married in 1797 despite not believing in the practice because they wished to legitimize the child Mary was pregnant with.

She died ten days after the birth of their daughter—also named Mary, who would grow up to write The Modern Prometheus: Frankenstein.

The Vindication of the Rights of Woman by Mary Wollstonecraft