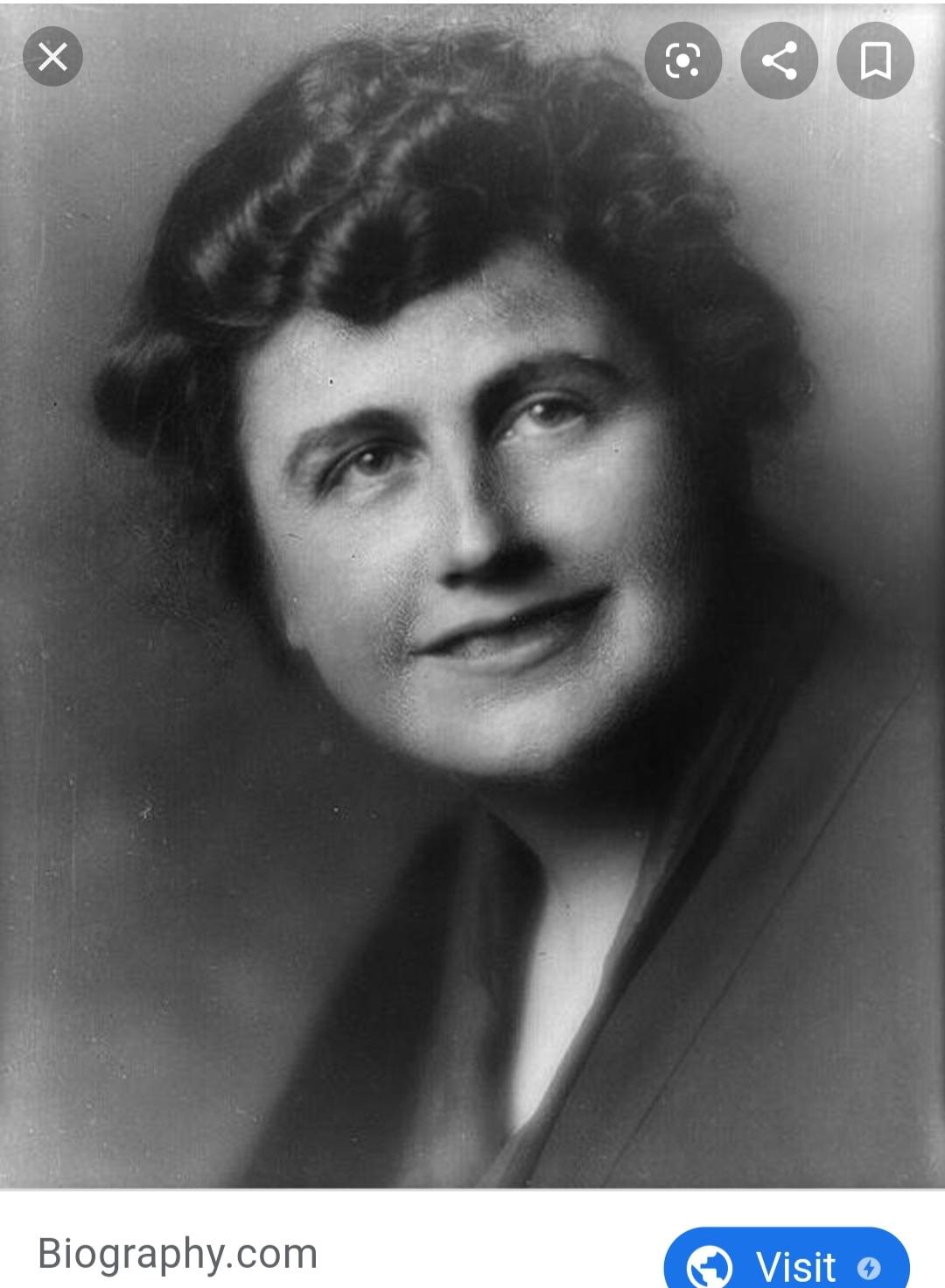 “So began my stewardship. I studied every paper, sent from the different Secretaries or senators, and tried to digest and present in tabloid form the things that, despite my vigilance, had to go to the President. I myself never made a single decision regarding the disposition of public affairs. The only decision that was mine was what was important and what was not, and the very important decision of when to present matters to my husband.”

Technically speaking, Edith might also claim the title first Acting Female President of the United States after her husband suffered a debilitating stroke that left him unable to serve in the capacity of president. Edith decided to take charge rather than let the Vice President in to fulfill that position.

Edith forged Woodrow’s signature on official documents, decoded war correspondence, and went over every piece of paper put before the president's eyes for seventeen months, finishing out his second term. She refused to let cabinet members see him, reportedly out of respect for wanting to preserve his dignity, and did her best to completely obscure what was actually happening behind the scenes in the president's office bedroom.

Edith could reportedly trace her lineage back to Pocahontas. She was also related to other famous Virginians, including Thomas Jefferson, Letitia Tyler, Martha Washington, and the Harrison Family. Her first husband owned a jewelry business and was financially successful. They had twelve happy years of marriage together; however, the union only presented one child, a baby boy who died soon after birth. Edith’s husband died suddenly in 1908, leaving her a young widow and owner of a lucrative jewelry store. She also had money; lots of it. Edith had expensive taste in clothes and was the first woman in the capitol to drive her own car.

Edith also happened to be living in Washington DC at the time. A few years after her husband died, Edith met the president, who was also grieving the loss of his wife, Ellen, who had served as First Lady before her death. Three months after Edith and Woodrow met, they were engaged, and married a few months after that. The wedding occurred just over a year after his first wife Ellen died, and some of Woodrow’s advisors were horrified by this turn of events. They reportedly tried to get rid of Edith before the nuptials but were unable to do so.

Edith used sheep to “mow” the White House lawn and sold the wool to benefit the Red Cross to help with the war effort (her term as first lady coinciding with World War I). She also encouraged rationing and attempted to do whatever she could to help the war effort. Edith sat in on meetings, looked through the President’s mail, and made her own opinions about certain members of government known to her husband. Much like another former first lady, Sarah Polk, Edith was an invaluable aid to her husband the president; at least in Woodrow’s eyes. She was different from most first ladies in that, during her tenure, Edith never had the opportunity to host the lavish ceremonies and dances most first ladies are associated with.

When the time came for peace to be discussed in Europe, Edith followed her husband there. She was the first first lady to go to Europe while still serving her country. Edith’s presence on European soil alongside the queens of various royal houses helped elevate the position of First Lady to the place it is held today; not equal to royalty but the closest equivalent the United States will ever have.

After returning home, Woodrow began campaigning the Senate to approve the peace accords and vote on becoming a part of his brainchild, the League of Nations. Unfortunately for Woodrow, the United States would fail to join the League (this has partially been deemed Edith’s fault after she argued with a British liaison who had made cruel jokes at her expense and refused to apologize), and in the autumn of 1919, Woodrow suffered the stroke that would leave him partially paralyzed and unable to fulfill his duties as president.

The Wilson Administration was due to stay in the White House until March of 1921, a full seventeen months away. Edith made the extraordinary decision to not pass the reigns of power over to Woodrow’s Vice President, as the Constitution rules should have occurred. Instead, Edith began what she would eventually coin her “Stewardship.” And she did it all without letting the general public know. If the government and the people had known, they would have put a stop to Edith and made Woodrow resign. Edith would never let this happen—it would depress her husband, she would later state.

According to the official White House website, Edith, “took over many routine duties and details of government. But she did not initiate programs or make major decisions, and she did not try to control the executive branch. She selected matters for her husband’s attention and let everything else go to the heads of departments or remain in abeyance.”

So, was she really the first female president? Technically? No. But she is the closest, as of 2020, the United States has ever gotten. Edith’s memoirs, which she published in 1939, stated that Edith had been pressed into her “stewardship” by Woodrow’s doctors, but there is no definitive proof either way.

After leaving the White House in 1921, the Wilsons retired to a fine home in the city. Three years later, Woodrow passed away. But Edith found ways to keep herself busy. In 1928, Edith was considered as a potential candidate for the Vice President on the Democrat ticket—but this never came to fruition. As mentioned above, Edith published her memoirs in 1939 (now considered to be historically inaccurate by historians). And in 1961, Edith made her last public appearance when she rode in President Kennedy’s inaugural parade. She donated her and Woodrow’s home upon her death to the National Trust for Historic Preservation, making the Wilson House the only private former-presidential home in DC open to the public.

Dead Presidents: An American Adventure Into the Strange Deaths and Surprising Afterlives of Our Nation's Leaders by Brady Carlson