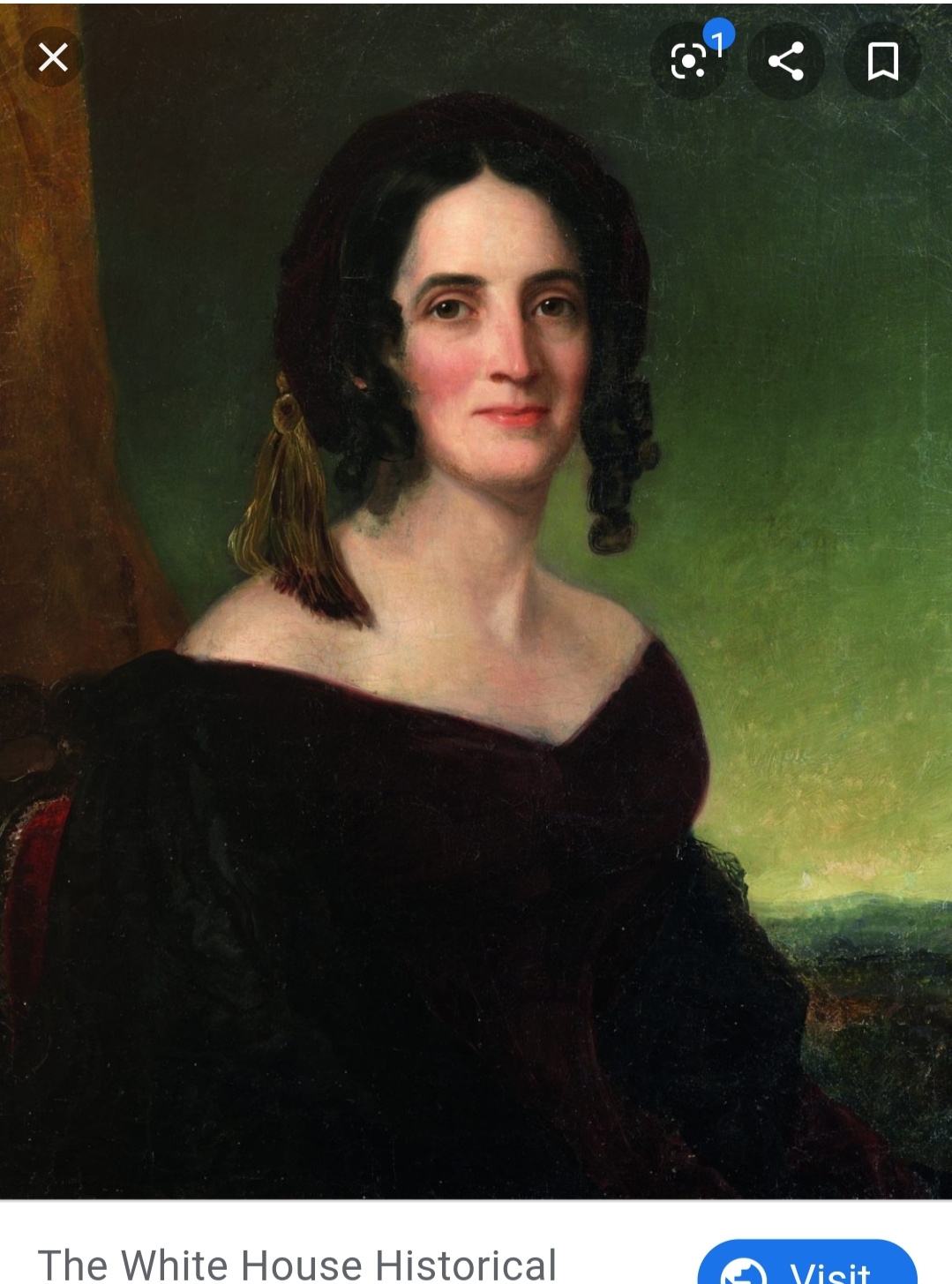 "If I should be so fortunate as to reach the White House, I expect to live on twenty-five thousand dollars a year, and I will neither keep house nor make butter."

Sarah was educated well in her childhood thanks to her father’s money and influence. Her education put her at a distinct advantage in the role she would later play in her husband’s political ambitions.

When James and Sarah married, Sarah’s husband had just started his political career in Tennessee. Rumor has it, Andrew Jackson himself introduced them.

Sarah and her husband owned a farm on which numerous slaves resided and worked. Unfortunately, by today’s standards, neither James or Sarah had any intention of freeing their slaves or working towards the abolitionist cause. Thankfully however, they did fire any overseer who harmed or mistreated the slaves. James and Sarah also ensured the slaves were educated in religious training and given medical care. They also ensured any spouses of their slaves who had been separated were purchased in an effort to keep families together (sometimes…if it meant turning a profit, Sarah would sell a slave that was a part of a family unit later in life). Sarah sold the slaves and farm in 1860.

To swing back towards the unfortunate—Sarah evidently believed African Americans were enslaved because it was God’s plan that they be. She also believed Cherokee Native Americans (famously forced to walk on the Trail of Tears during her friend Andrew Jackson's Administration) should be denied the right to education for the same reason—God didn’t want them to be educated. Sarah also disavowed the suffrage movement. She never thought for a moment that women deserved the right to vote; and honestly believed women were subservient to men in every respect.

The Polks never had children which allowed Sarah to take a more active place in her husband’s career. She acted as his secretary and answered all his correspondence while he campaigned for governor of Tennessee. Upon becoming First Lady she helped him conduct all manners of business and would even attend cabinet meetings with him. Sarah is largely seen as one of, if not the first, First Lady to have just as much political ambition as her husband and was all too happy to work beside him. Sarah also had her own thoughts about political things, but never voiced them in that way. Instead, everything was phrased as, "Well the President thinks so and so..."

However, Sarah was also a strict Presbyterian and issued many commands which included no drinking, dancing, gambling, singing, or music would be had in the White House while she was there. The only alcoholic beverage served was wine, though neither Polk ever drank it. Sarah also ensured no business was ever conducted on Sunday. One of the more famous moments stemming from this rule came when the Austrian Minister was turned away after he appeared on a Sunday to show his credentials.

However, it wasn’t all sober and dower in the Polk White House. Sarah observed the first traditional Thanksgiving dinner in the president’s mansion. The feast was made a permanent fixture during the Lincoln Administration.

Interestingly enough, modern scholars are trying to twist the narrative on whether or not all the doom and gloom was Sarah’s fault. Her husband James, evidently, despised being distracted from his work, and so some of the banned fun activities might have come from him. Also, Sarah had never run a large home or offered entertainment on the scale of the White House before, and so to say she was unprepared upon arrival is an understatement.

Sarah was also interested in technology and its advancements. It was Sarah who oversaw the White House being converted from candle to gas, though she did keep one room left alone to be entirely lit by candlelight. She also spoke to her husband on the matter of cargo transportation. James loved steamboats, but Sarah saw the future, and the future was steam powered railroads.

It was Sarah, more often than James, who would meet with members of Congress to discuss legislation being put forward on Saturday afternoons. Sarah also continued to work as James’s personal secretary. He spent little time with his cabinet and did not like meeting the general public either; so Sarah filled the void and connected James to the outside world. Because Sarah and James were together so much of the time, few letters between them survive this period. James and Sarah did practically everything together, and while we will never know just how much Sarah was involved in the actual administration of the country, you cannot dismiss her as being there solely to decorate and plan ceremonies.

Sarah’s husband died three months after leaving the White House from cholera, making her the longest surviving widow of any First Lady in the United States (Forty-two years) so far.

During the War Between the States, Sarah maintained political neutrality and entertained officers from both sides in her home. She later admitted her sympathies were with the south, and when asked to swear an oath of loyalty to the Union in order to receive a supply of coal, she refused. Sarah also stated she believed the war was caused by divisions within the Democrat Party, and that the war could have been avoided through legislative efforts.

Much like Queen Victoria, Sarah spent the rest of her life clad in black and turned her and James’s home into a shrine for her deceased husband. She continued on her technological journey, having a telegraph and later telephone installed in the home, which was called Polk Place.

Since they had no children her life became joyless and was only sometimes punctuated by famous visitors. Over the years Sarah looked after various children, but never legally adopted any and only one of them was ever really viewed as a surrogate daughter—the girl was named Sally (also called Sadie) and was Sarah’s niece.

After Sarah's death their home became run down and was later demolished, despite the fact that in both Sarah and James’s wills they wanted it kept up and preserved. Both were buried on what used to be the front lawn of their home. The tombs have since been moved to be close to the Tennessee State Capitol.

Sarah is one of those interestingly hypocritical historical figures. She is, on the one hand, to be admired for her political acumen and grasp on power. On the other, she had many qualities seen as distasteful at best by today’s standards. We should admire her for her ability to climb to her position of power and influence, but remember no one from history is perfect. Not by a long shot.

Dead Presidents: An American Adventure Into the Strange Deaths and Surprising Afterlives of Our Nation's Leaders by Brady Carlson