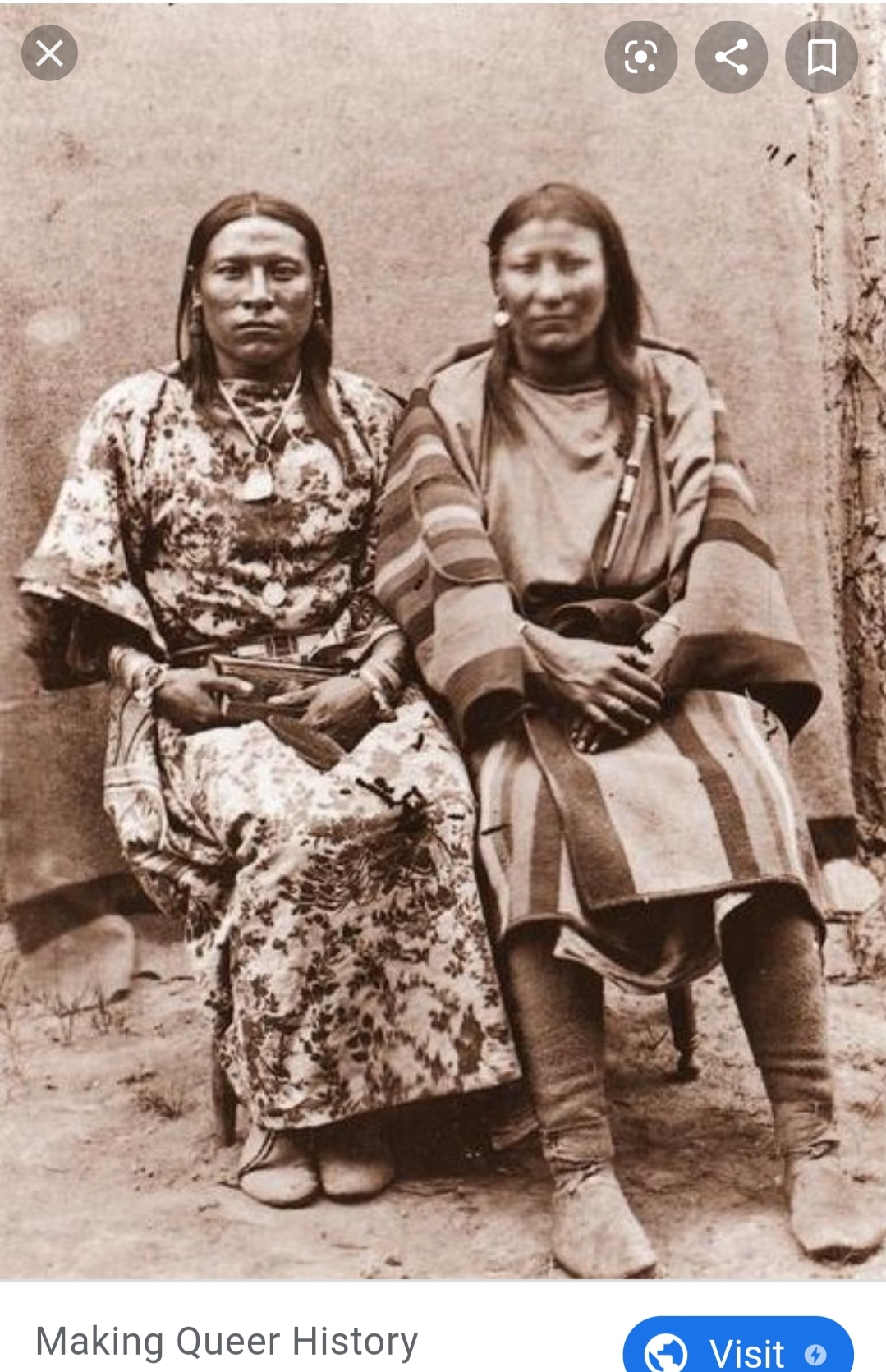 Similar to the concept of Two Spirit, badé (or baté or boté) is a title specific to the Crow (or more accurately Apsáalooke) culture that refers to a man living in the societal role of a woman. In American culture layman’s terms, similar to a trans-woman (someone born biologically male but choosing to live/ gender-identify as female).

Osh-Tisch is most famous for fighting in the 1876 Battle of the Rosebud (where the Crow joined up with the United States Army to fight against the Lakota and Cheyenne).

Her name translates to “Finds Them and Kills Them”, so you know—cool. Osh-Tisch was the leader of the badé and her duties ranged from shaman to medicine woman. She is remembered for her remarkable sewing skills, and for her ferocity in battle.

In the late 1890’s, after the Crow had been forced onto reservations, the white men forced the badé to cut their hair off and wear men’s clothing; forcing the bate to “return” to acting appropriate to the biological sex they were born to. The man in charge of this little operation earned the wrath of the Crow nation, who rallied behind Osh-Tisch and in short order assured that the federal government fired that guy.

A Lakota man at the time was quoted as saying many winktes (the Lakota term for the concept of Two Spirit or badé) committed suicide rather than being forced into their new “role”.

Osh-Tisch is remembered, thankfully, because of a woman named Pretty Shield, who recounted Osh-Tisch’s story many years later and ensured she would never be forgotten. Pretty Shield also ensured Osh-Tisch’s fellow female bada** warrior The Other Magpie was also remembered for fighting at the Battle of the Rosebud alongside Osh-Tisch.