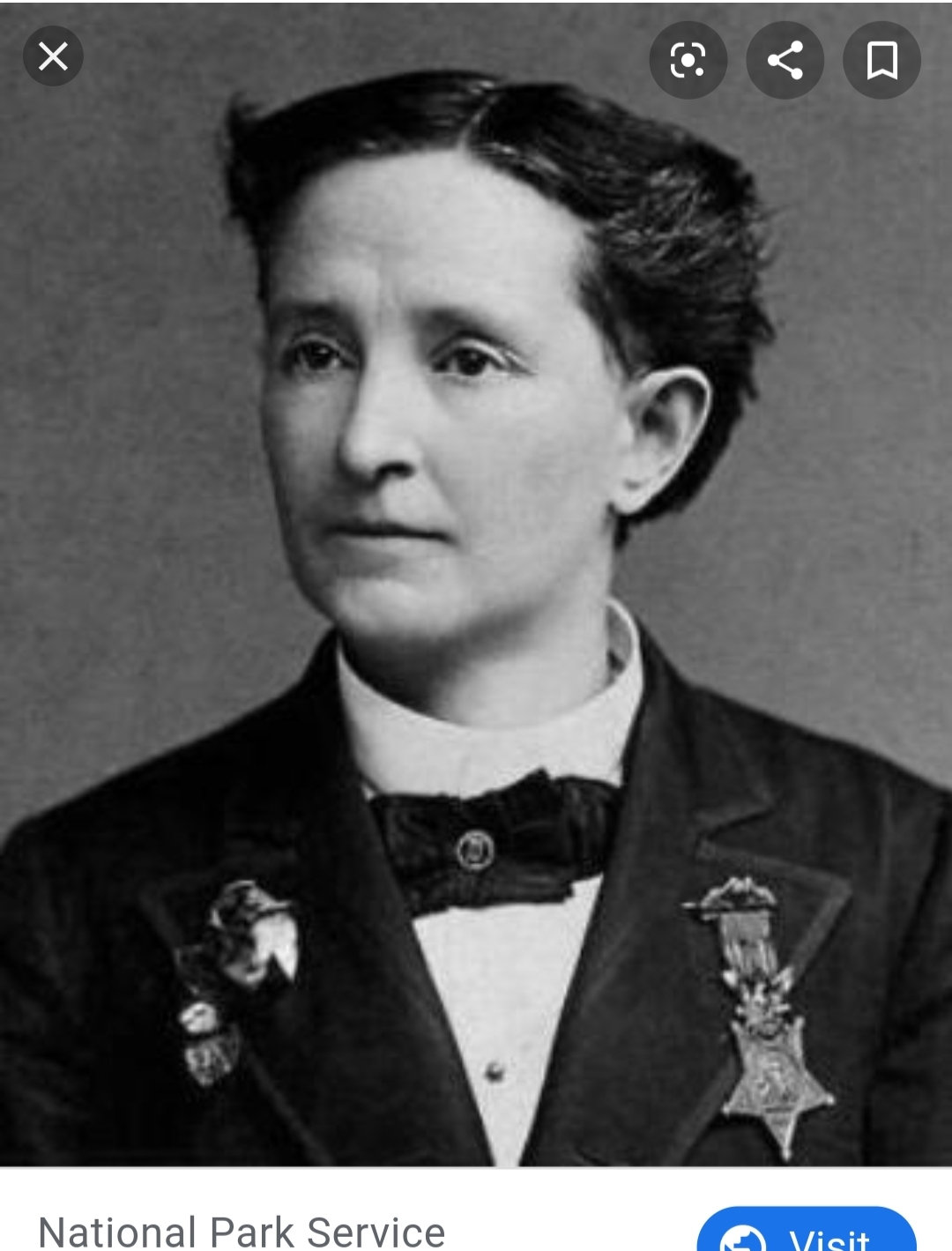 "I don't wear men's clothes, I wear my own clothes."

Mary was an abolitionist, women’s rights advocate, possible spy, and prisoner of war.

Mary wore female fitted outfits that looked like male clothing after her father told her and her sisters (of which there were five total) that he didn’t expect them to wear corsets. She had no desire to conceal her gender and simply dressed that way for practical reasons. One of the pieces of clothing Mary and her sisters wore were the now famous Bloomer costume, named after the trendsetter who made them popular, Amelia Bloomer. Mary’s parents were so forward thinking they founded their own school, the first of its kind in Oswego, simply so their daughters could be just as educated as their son.

Mary graduated from Syracuse Medical College in 1855; becoming the second woman to receive her medical degree from there after Elizabeth Blackwell. She was also a member of the National Society Daughters of the American Revolution.

At her wedding the word “obey” was deleted from her vows and Mary insisted on being called Dr. Miller-Walker. Mary even dressed in a short skirt with trousers underneath instead of a dress. However, she and her husband divorced after fourteen years, and she would never marry again, nor have any children.

For the first three years of the war Mary served as an army nurse, though the position was a volunteer one and she was not paid. In 1864, she was commissioned as the first woman assistant surgeon in the United States Army (though she was technically a civilian agent, the pay equivalent of her position was a lieutenant or captain). In 1864, Mary partook in a surgical case with a Confederate surgeon. Once the surgery was completed, Mary was captured by Confederate soldiers and held as a prisoner of war after being charged as a spy (According to one source, but there is little other evidence to back up this claim). They held her for four months, during which time she refused to dress in women’s attire because they were less hygienic than male clothing was at the time.

In 1865, President Johnson served Mary with the Medal of Honor and in 1907 she received a replacement medal and would proudly wear them together.

In 1871, Mary published a book entitled Hit. Throughout the 1870’s, Mary’s work advocated for women’s rights skyrocketed. She fought for overall dress reform and was even arrested in New Orleans in 1870 for refusing to dress like a woman. The following year, Mary unsuccessfully attempted to register to vote. She then ran for United States Senate in 1881 and the United States Congress in 1890 but failed to receive a nomination.

Mary continued to work for the cause of Suffrage. She testified before the US House of Representatives in 1912 and 1914; however, the mainstream suffrage movement began to distance themselves from her. Mary believed women had already been given the right to vote in the US Constitution, and simply needed an act of Congress to make it so. The mainstream Suffrage movement, on the other hand, wanted a constitutional amendment added for further clarification and protection.

In 1916, Mary’s name was stricken from the record of Medal of Honor Recipients alongside many others (because she was never a commissioned officer in the military) but she continued to wear both of hers until she died. This is particularly confusing considering some sources state Mary was officially ranked as a “First Lieutenant” by the end of the war but was still in fact a civilian agent. The same decision that revoked Mary’s medal also saw William “Buffalo Bill” Cody lose his as well for the same reasons.

Finally, in 1977 the records were corrected, and Mary’s medal was reinstated by President Jimmy Carter thanks to her family continuing to fight for what was right.

Mary was buried in a black frock suit, defying society conventions till the end.

In 2012, her hometown of Oswego, New York unveiled a statue in her honor.

They Fought Like Demons: Women Soldiers in the American Civil War by DeAnne Blanton and Lauren M Cook