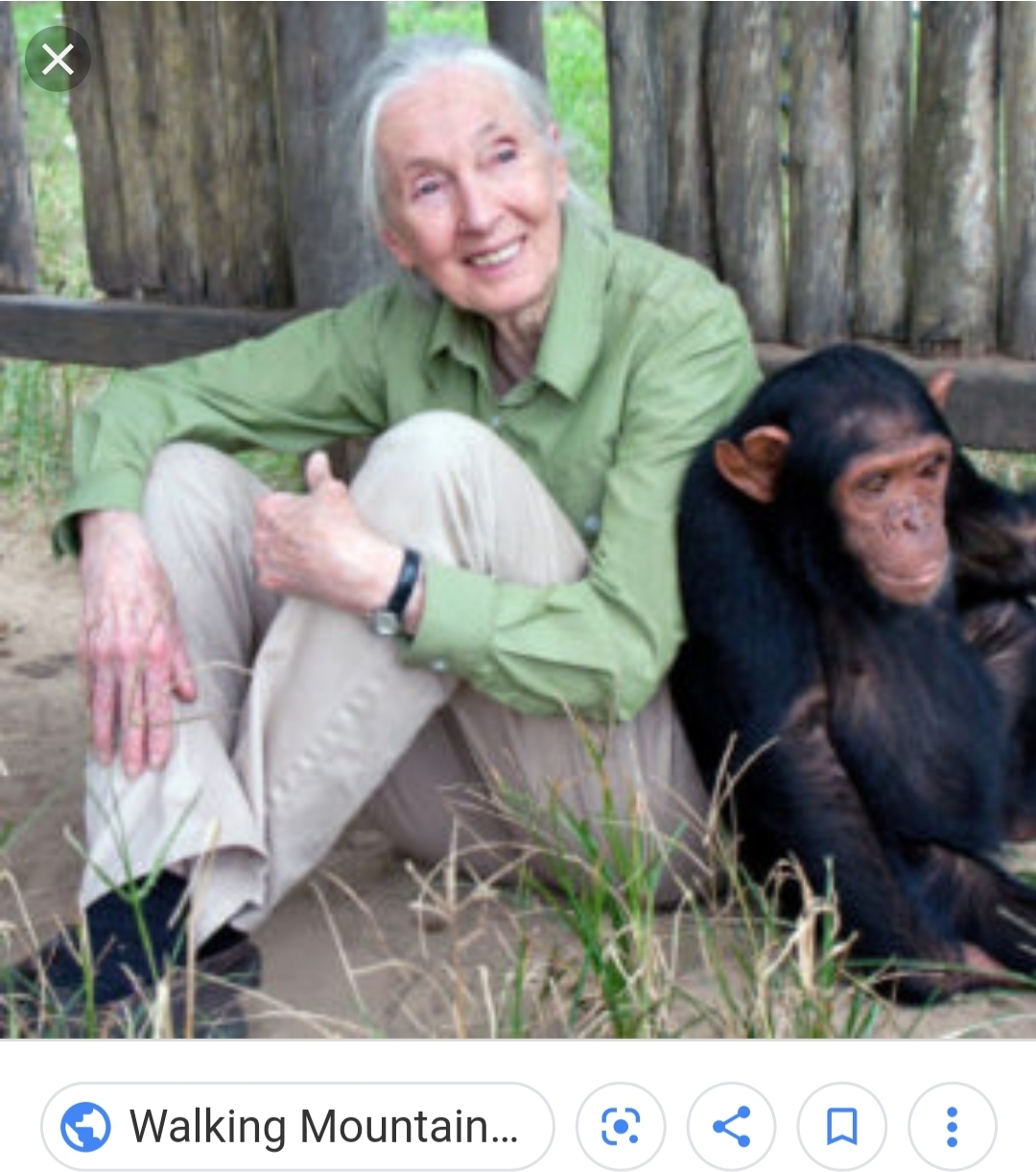 Jane is an anthropologist and primatologist

Her life changed forever when she was twenty-six and visited what is now Tanzania for the first time.

In 1960, she discovered that chimpanzees use tools much the way primitive humans used to, a complete breakthrough in the study of monkeys of any kind.

She is the founder of the Jane Goodall Institute. Jane also helped guide a group of younger people to found Roots & Shoots which works in 100 countries to inspire and educate about the importance of conservation.

Jane now works as a UN Messenger of Peace.

In 1965 she was awarded a PhD in ethology and she was created a Dame Commander of the Order of the British Empire in 2003.