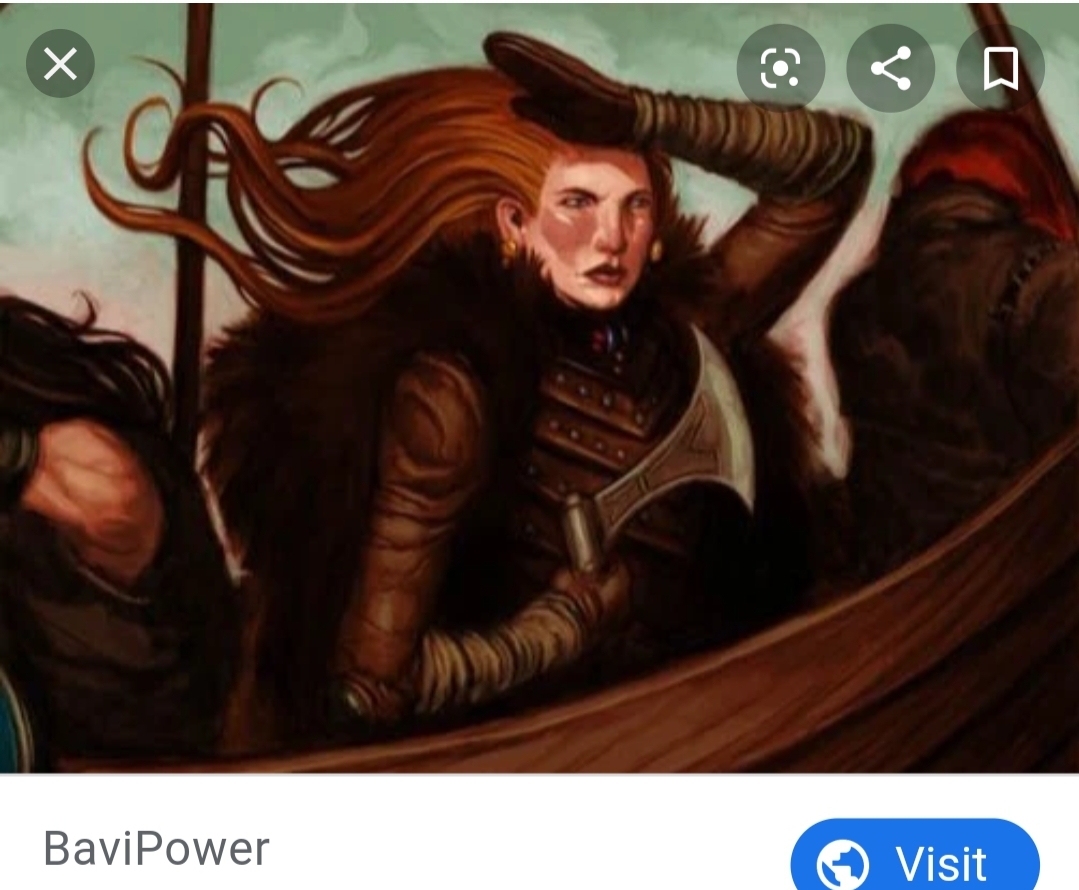 “Let me but have a weapon, I think I could fight better than any of you.”

Freydís was the sister of Leif Erikson and daughter of Erik the Red.

The only primary sources for her life are two of the epic Sagas. The first is the Erik the Red Saga and the second, The Greenlanders Saga.

Freydís’s main piece of history states that when the Vikings in Vinland were on the run from a Native war party, Freydís (who was extremely pregnant at the time) requested a weapon to fight and said she could beat any of the men attacking them.

None of the Vikings took her up on her offer so she ended up pulling a sword off a dead guy, bearing her breasts to the Natives, and screaming bloody murder. Evidently the Natives took that as a sign that she was not one to mess with and ran off in one of the stories.

In the other source (The Greenlanders Saga), Freydís was a conniving brat who married for money and only came to Vinland in search of more wealth. She also convinces her husband to kill her brothers while she chops some women up with an ax. When Leif catches her, he refuses to punish her, but instead everyone treats her coldly and she goes on her way.

Interestingly enough, The Erik the Red Saga was actually written after The Greenlanders Saga and is kind of a retelling of the first. Even though this is the case, historians still find The Erik The Red Saga more objective and accurate towards what we know of the Vikings in Vinland.