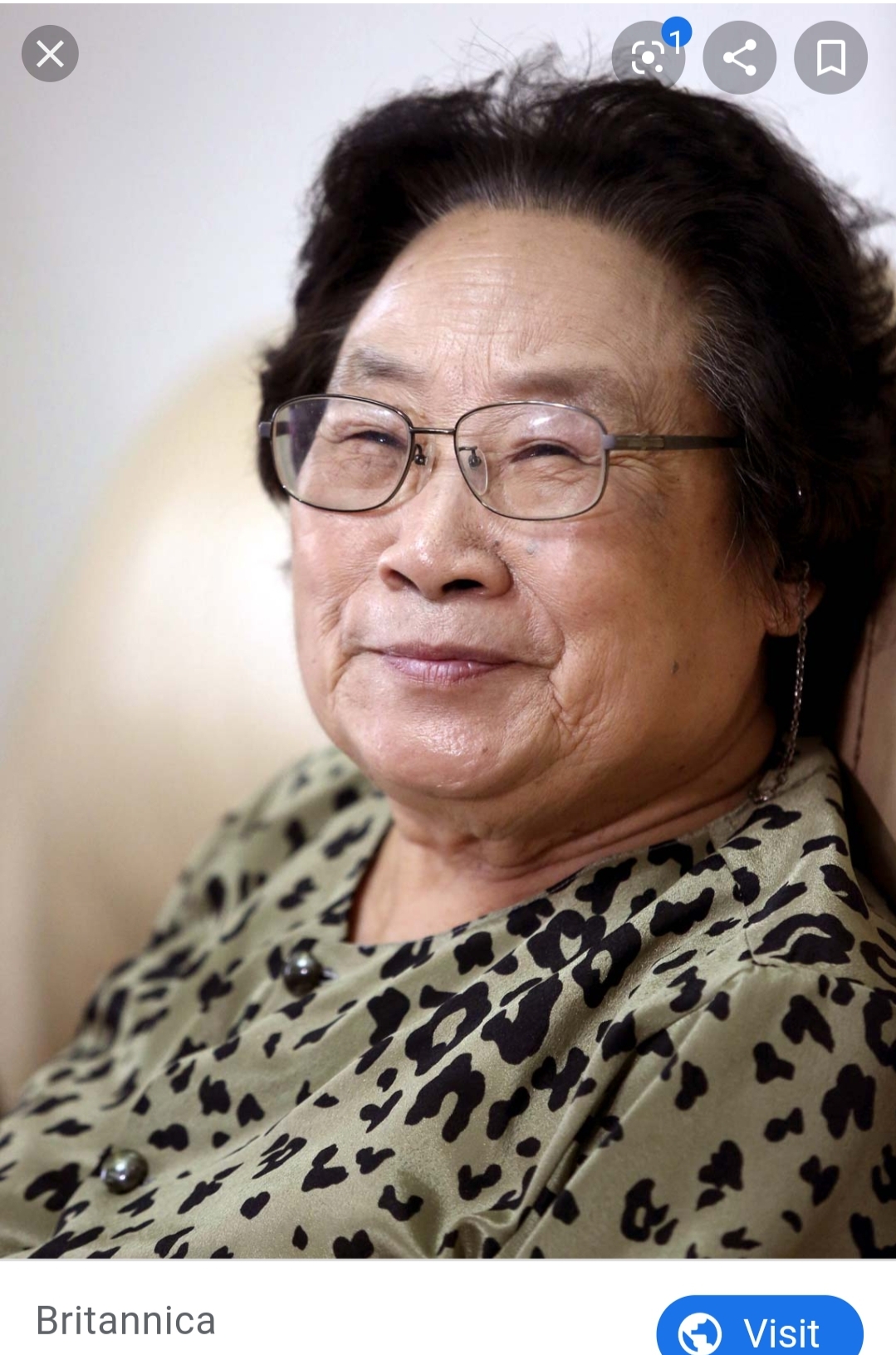 “Every scientist dreams of doing something that can help the world.”

Youyou won the Nobel Prize in Physiology or Medicine, 2015.

She is the chief scientist at the China Academy of Traditional Chinese Medicine (where she has worked since 1965).

Youyou pioneered a medicine from the traditional Chinese wormwood treatment that has helped millions suffering from malaria. She was able to extract a substance called artemisinin, which she promptly tested on herself first to prove it was safe.

Youyou is married and has two daughters. She was the first scientist from mainland China to receive a Nobel Prize in any scientific category, and incredibly she did it without a medical degree, any training abroad, or a doctoral degree.

Youyou was one of five siblings in her family, all of whom were encouraged to get an education. When Youyou was sixteen, however, she had to take a break from studying for two years. She had contracted tuberculosis, and while the disease is deadly, even today, Youyou survived. Once she recovered, Youyou decided she wanted to study medicine and find cures to diseases like the one that had nearly killed her.

In 1967, after working at the China Academy for two years, Youyou’s work was steered towards malarial treatments. At the time, the North Vietnamese were being decimated by malaria, exacerbated by the Vietnam War. Chairman Mao, the dictator in charge of China at the time, agreed to help the communist Vietnamese in the north by tasking his scientists with finding another treatment for malaria. The one available at the time, a drug called chloroquine, was no longer working for the Vietnamese soldiers.

And yes, if you’re wondering, chloroquine is the drug that is being highlighted as a possible treatment for Covid-19 in 2020—no word yet on how well that will work.

In 1969, Youyou was placed in charge of the project to find a new treatment for malaria. At the time, her children were four and one years old. It would be three years before she saw her children again. By 1971, the team had tested literally over 200,000 different compounds or treatments with none working. Finally, they discovered a text from around 400 AD relating wormwood as a cure for fevers that came and went—a sign of malaria. After a few false starts, Youyou and her fellows successfully extracted the artemisinin that has now saved millions of lives around the world.

Even more impressive? Youyou is incredibly humble in spite of this. She has said multiple times she is just happy to have been able to share the incredible wealth of knowledge ancient Chinese herbal medicine contains.