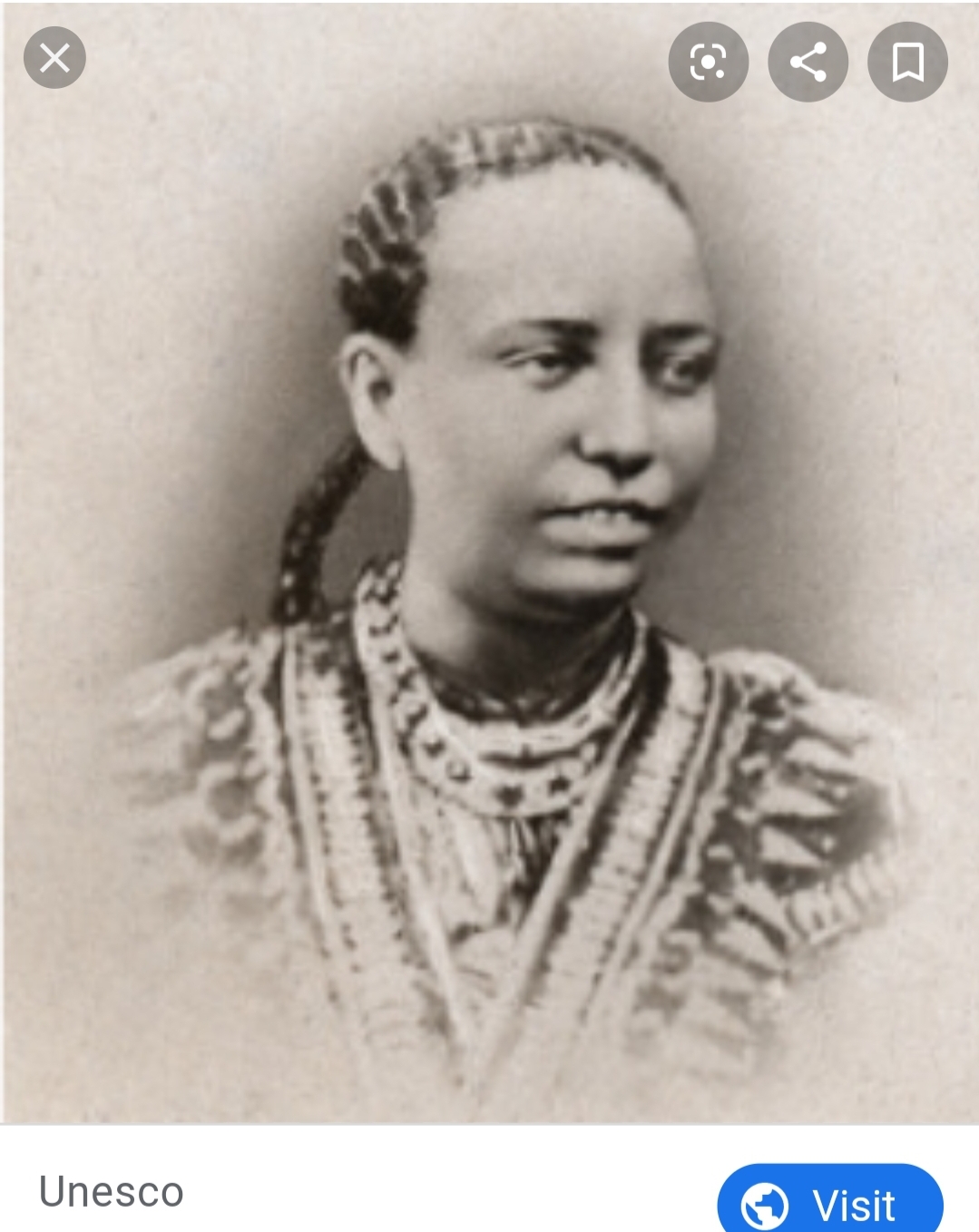 “You [Italy] want other countries to see Ethiopia as your protégé, but that will never be.”

Taytu means Sun in the Amharic language, and she definitely brought the sunshine to her people out of some dark days. Taytu is also pronounced Tie-tu, in case you were wondering.

Her ethnic group of people (the Oromo) performed FGM (Female Genital Mutilation or Circumcision) extremely young, in her case before she was three months old, which left Taytu unable to bear children. She was, however, educated extremely well, especially for a woman in her country at the time. Taytu could read and write Amharic and knew Ge’ez, the language that sacred Christian texts are written in and were handed down over time. Taytu could also play the lyre, knew how to play chess, and composed poetry.

Before marrying the emperor (Menilek II) Taytu had already had four husbands and was over thirty years old—which was ancient in terms of a royal consort. Taytu first tied the knot when she was the grand old age of ten. The first marriage ended after her husband was arrested and Taytu was forced to follow him and the men who’d arrested him, on foot, and in chains. Her second husband was the brother of her future and fifth husband (the emperor). Taytu’s second husband beat her, and so one day Taytu said she was going to visit her mother, and she never went back to her husband. She also never bothered to get a divorce, but she did take several servants and much of her husband’s material property. You go girl! The next two husbands weren’t very notable, but finally Taytu got it right the fifth time around when she married Menilek, and became queen and later empress as a result.

Taytu and her husband united Ethiopia’s warring clans under one banner, and she was notorious for being strong and immovable to her husband’s slightly more wavering ways. Evidently Menilek’s favorite phrase was Ishi, nega (Yes, tomorrow) as opposed to Taytu’s more forceful Imbi (absolutely not).

At the time, much of Africa was either already colonized or under threat from various European nations—including Ethiopia. Ethiopia had come to Italy’s attention, and the Italians were like, “Hey, Ethiopia looks like a perfectly good country for us to colonize and suck dry.” Taytu was not at all on board with the Italians’ plans, and so she interrupted negotiations when she saw things going sour and openly pointed out Italy was trying to colonize and take over her country when others were trying to pretend this wasn’t happening. And the worst part? Italy had been claiming to be Ethiopia’s ally in the years leading up to their invasion. The claim stemmed from the Treaty of Ucciali (or Wuchale), written in 1889 in both Amharic and Italian. In the Ethiopian version (Amharic), Italy basically said, “We’ll be best friends and I will protect you from the rest of Europe!” but the Italian version read, “Ethiopia totally belongs to us now; gotcha!”

Obviously once Menilek and Taytu realized this they were not happy, and war between the nations broke out. Taytu reportedly fought on the front lines alongside her men to repel the Italian forces, including at the famed Siege of Mek’ele (where Taytu suggested cutting off the water supply to the fort where the Italians had holed themselves up) and the final Battle at Adwa, both in 1896. By the end, the Ethiopian army numbered over 100,000, while Italy had sent a meek 17,000. Ethiopia was the only African nation (that existed at the time) to never be colonized.

After the Ethiopian victory European countries would specifically ask to speak with Taytu when negotiating. Apparently, they could be taught! She also inaugurated the Ethiopian Red Cross and started several industries in her country, like wine and candle making. Taytu is credited with the modernization of Ethiopia, preparing the country for the new world that opened up with the twentieth century. Taytu and her husband worked to better their country in various ways. “Modern roads and bridges connected the new city with the rest of the empire, the tax system was reformed, a national currency was created, a postal system was instituted, and railways were built. Menelik also promoted secular education, established medical care, and founded a government press. By the turn of the century, telegraph and telephone lines stretched across the country and a national bank financed new enterprises,” (Encyclopedia, linked below).

Taytu eventually even became de-facto ruler a few years before her husband’s death. But Taytu also had a darker side. She was linked to numerous poisonings of her enemies, was Xenophobic at times to European envoys (though, can you blame her?) and filled the government with people loyal to her. But in the end, Taytu did step down and retire quietly (after being ousted by rivals upon her husband’s death), turning over power to her husband’s grandson, Isayu. After Isayu was forced from the throne, Zewditu, Menelik’s daughter and Taytu’s chosen successor, claimed the throne instead. Zewditu, being a woman, was sidelined by a man named Haile Selassie who became her regent. When Zauditu died, Haile became the last emperor of Ethiopia.