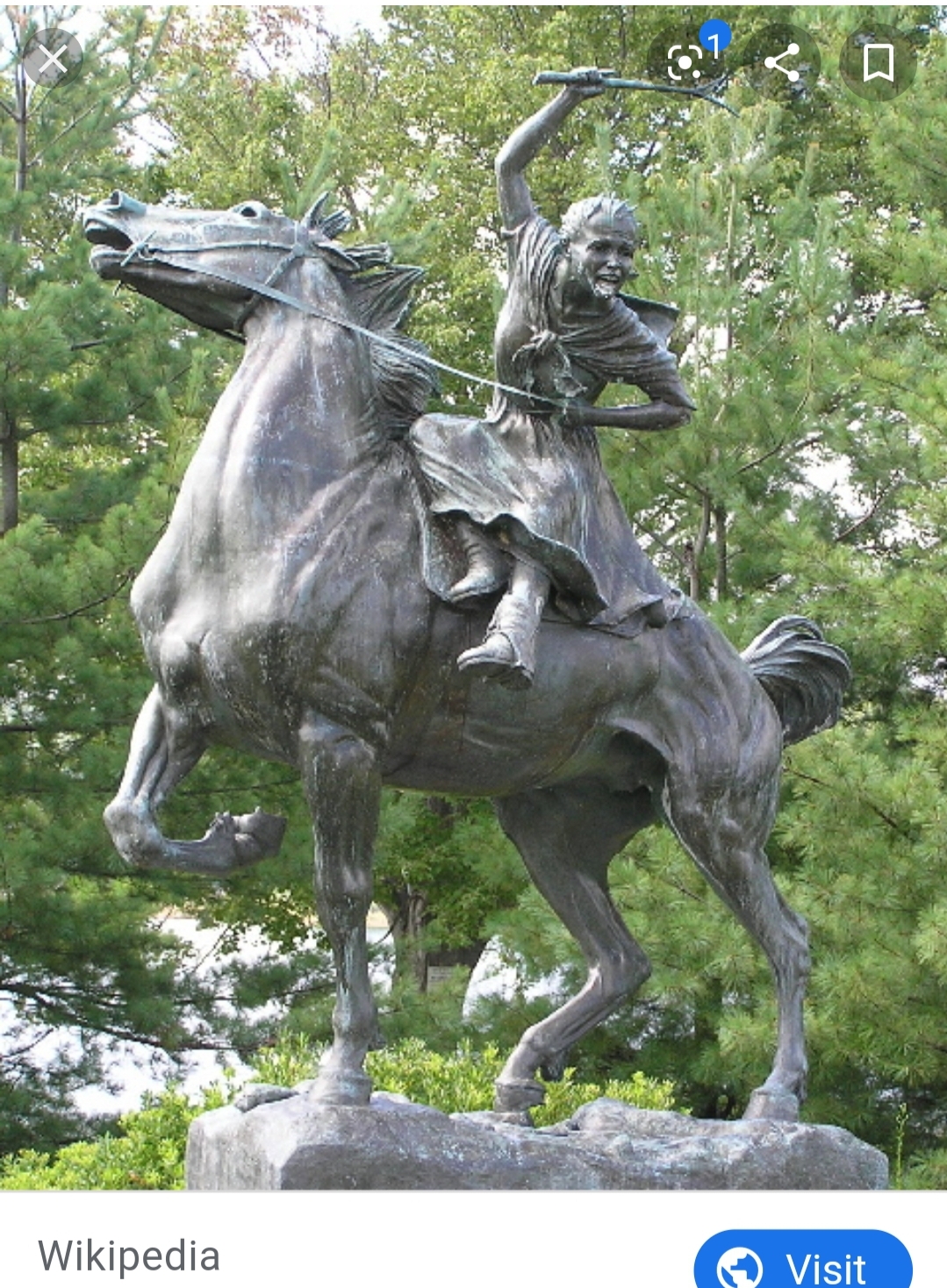 Sybil was a heroine of the American Revolution; and unlike Paul Revere—the other famed Midnight Rider, Sybil wasn’t caught.

When she was sixteen years old, word reached Sybil’s home that the British were burning Danbury, Connecticut; prompting her father to ask Sybil to ride over forty miles throughout the New York winter to find and gather up the neighboring minutemen to launch a successful counter assault.

Sybil was the oldest of twelve children, and her father all in all served in the military for over sixty years. Although Henry Ludington was originally aligned with the British crown, when the time for independence came, he switched his allegiance to the American rebels. Henry was promoted to colonel of his local regiment. On a cold rainy night in April 1777, the Ludington family received word of the impending attack. The rider who brought the message was too tired to continue on, and the colonel needed to focus on preparing for battle. Therefore, the task of gathering the local militiamen fell to Sybil.

Whether she volunteered or was asked by her father to take up her reigns isn’t known for certain today, but either way, Sybil got in the saddle and went out in the storm. Estimates vary if the actual ride was closer to twenty or forty miles, but either way it wasn’t easy. Sybil didn’t have a nice paved road to trot her horse along—in fact she rode through heavy woods, at night, and again in the middle of a massive storm. By the time Sybil finished her ride, hundreds of men had shown up to fight back the British. Sadly, they arrived too late to win the battle, but the men did still attack the departing soldiers, and were able to drive them back to Long Island Sound.

After the war, Sybil married and had one son. Her husband died of yellow fever, and so Sybil opened a tavern and helped her son become a lawyer. Selling the tavern ensured Sybil had enough money to get her through for a time. Sybil bought a home in which she lived with her son and his family. However, after her son died, Sybil tried to apply for a war pension. Her husband had served in the war, but Sybil was denied on the basis she didn’t have enough proof she was married.

Because of the denial of the pension, Sybil died in poverty when she was seventy-seven, completely forgotten by her country. Today, a statue stands of Sybil in her native New York, and all along her famous route in Putnam County are historical markers. The statue of Sybil was erected in 1961 by the Daughters of the American Revolution. The statue’s construction brought Sybil’s name to the history books, where she should have been all along.

Sybil was also honored with a US postal stamp in 1975. Her story is recounted on an episode of Monumental Mysteries entitled Eureka Springs Cancer Hotel, Female Paul Revere, Frozen Grandpa.

Legends & Lies: The Patriots by Bill O'Reilly and David Fisher