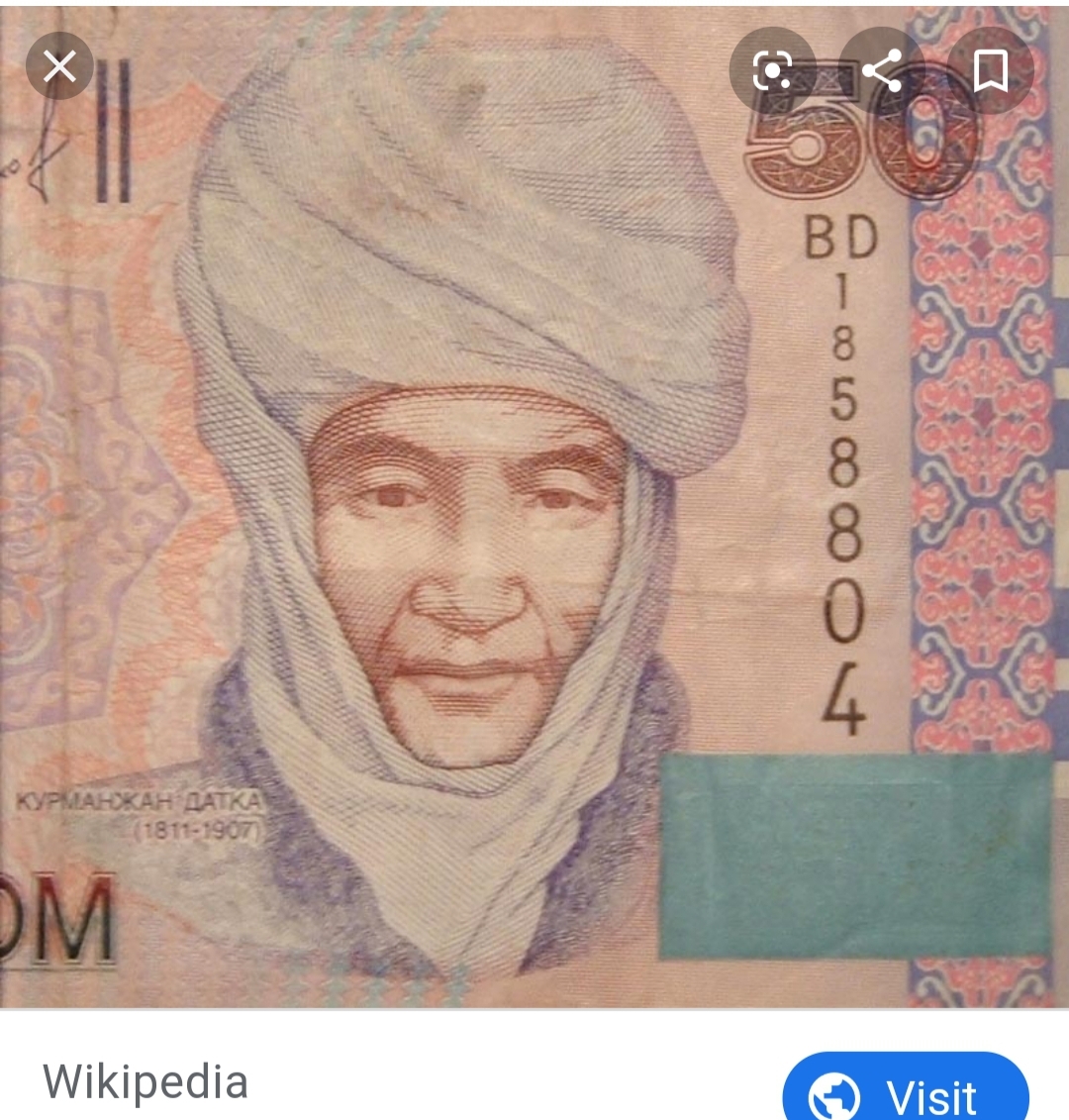 "It hurts me to see my son die, but I cannot lose my people.”

United Kyrgyzstan as a Country

After running away from an arranged marriage when she was eighteen, Kurmanjan later married a local feudal leader for love. This marriage and Kurmanjan’s insistence on freedom of choice is a large part of the reason why Kurmanjan is seen as a beacon for Kyrgyz women and their independence. Kurmanjan and her husband would have five sons.

When Kurmanjan’s husband was killed in a palace coup, Kurmanjan was made leader of the region, and soon she had united the different tribes into one united Kyrgyzstan. Kurmanjan’s consolidation of power made her one-part governor one part general. Then when her land was annexed by the Russian Empire, Kurmanjan encouraged people to accept it instead of fighting back and getting killed.

Kurmanjan wouldn’t even help her own son after he was captured and sentenced to death for fear of the Russians attacking her people. For Kurmanjan, the death of her son was more bearable than the death of her people and their culture at large. The Russians respected Kurmanjan’s authority over her people and bestowed upon her the title Tsaritsa Alaia, or Queen of the Alai. As powerful and moving as Kurmanjan’s story is, one should still remember she bargained for her people by letting colonial Russia rule over them as a whole. However, Kurmanjan is remembered today as being kind to people from all cultures and ways of life, and even though her people had colonial Russia over their shoulders, they didn't suffer in the way other colonies in world history have.

Today, Kurmanjan’s face graces a banknote in Kyrgyzstan, which is seen in this article. There are also statues and roads named for her across the country.

A 2014 movie was made about her life, “Kurmanjan Datka: Queen of the Mountains.”

By the way, Datka in Kyrgyz means Righteous Ruler. Sources differ as to whether Kurmanjan is the only woman in Kyrgyz history to have attained that title or not, but either way; badass.

As of 2020, Kyrgyzstan was also the only Central Asian country to have been ruled by a female president; Roza Otunbayeva. When Roza’s term as president expired, she stepped down and quietly left politics without trying to force a successor in her wake or interfere further. Roza decreed 2011 would be the Year of Kurmanjan Datka in honor of Kurmanjan’s 200th anniversary.