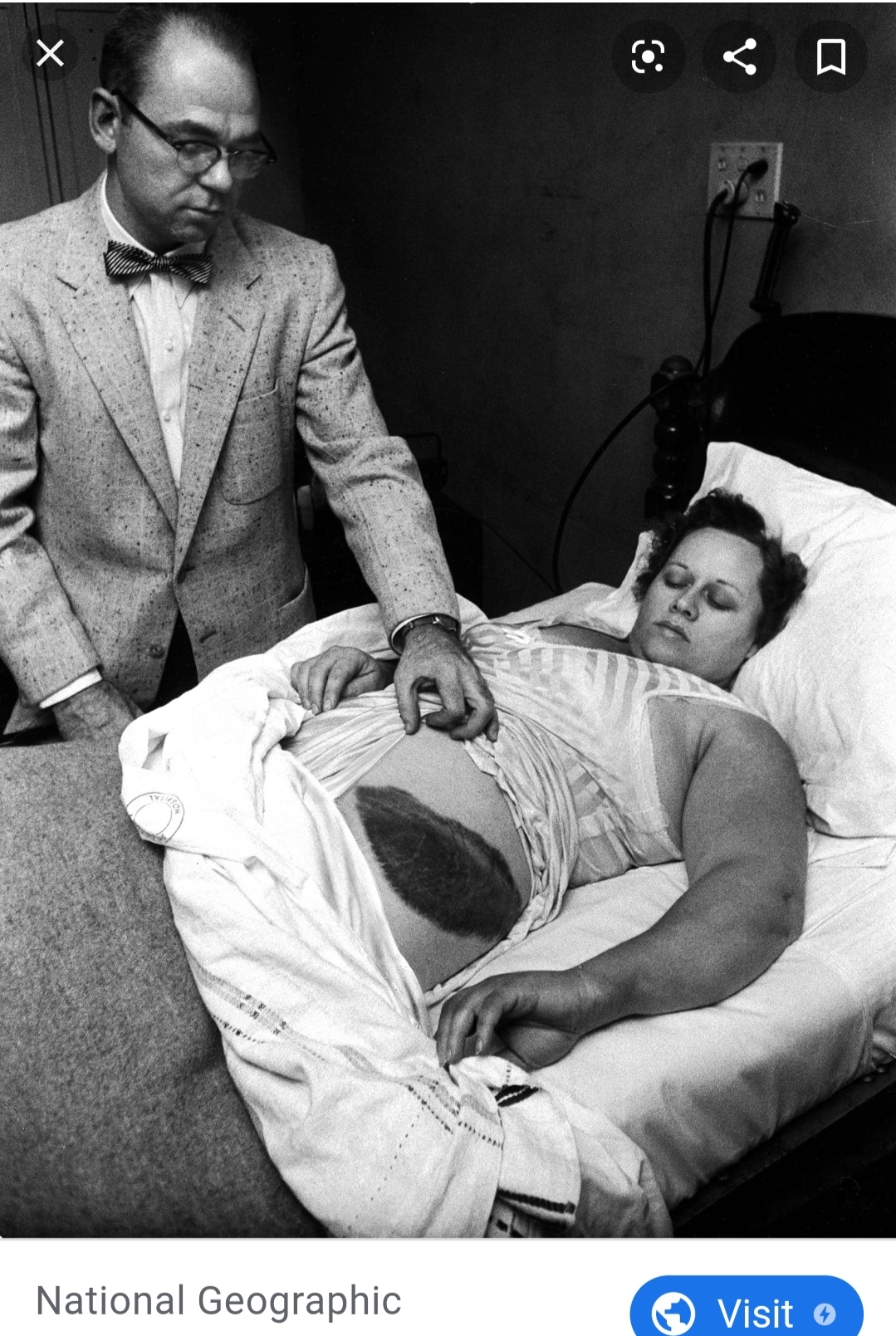 “I think God intended it for me. After all, it hit me!”

Ann is the only known person to have been directly hit and injured by a meteorite and survive to tell the tale.

What was originally exciting for Ann and her husband quickly turned into a nightmare when their privacy was completely overrun by reporters and onlookers gawking at their house and asking questions. The house had a gaping hole in the roof from the meteorite strike and so Ann and her husband couldn’t hide from gawkers who came to flood the porch with questions.

The meteor in question weighed just over eight pounds and is officially known as the Sylacauga Meteor. It is estimated the rock is over 4.5 billion years old and can fit into a person’s hands because it is around the same size as a softball.

Ann thought the meteor belonged to her because it had hit her after all, but she was renting the house she lived in and so the owner wanted ownership of the space rock as well. Technically, the law was on the landlady’s side, but public opinion was firmly in Ann’s court. Both sides hired lawyers to fight it out, but eventually they settled out of court.

The Hodges eventually bought the rights to the meteorite for $500. The Smithsonian offered to buy it, but the Hodges refused. Nobody else wanted it so Ann eventually donated the rock to the Alabama Museum of Natural History.

She later suffered from a nervous breakdown and separated from her husband before dying alone in a nursing home from kidney failure. She was only fifty-two years old.

Ann’s story saw new fame in 2020 after the hit television show 911 featured a story of a girl getting struck by a meteorite.