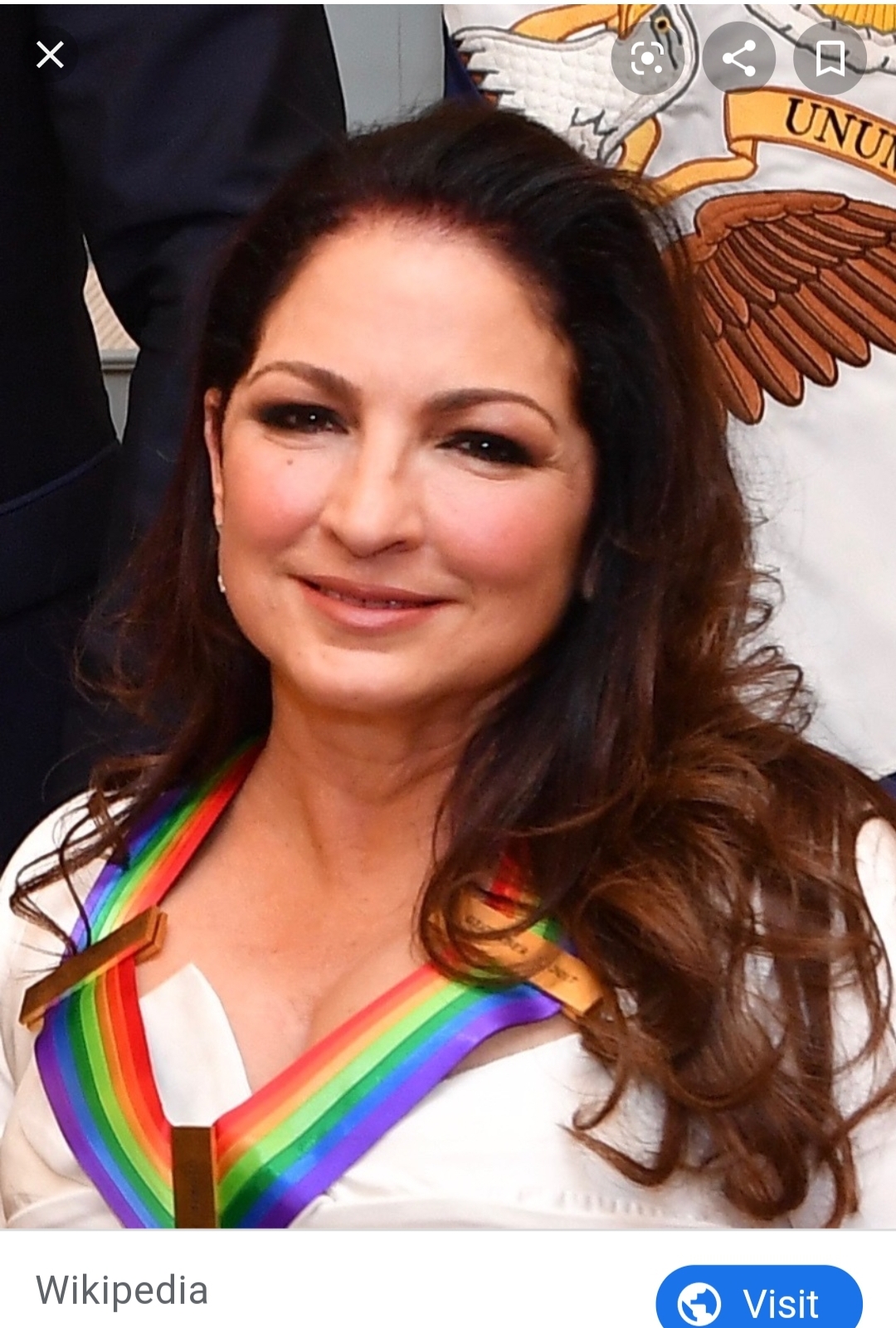 Gloria has worked as a solo artist and also from the band Miami Sound Machine.

A Broadway musical about her life debuted in 2015 called “On Your Feet”.

When Gloria was little, her family fled Cuba with the rising of Communist Dictator Fidel Castro. Her father had been a soldier and bodyguard for President Batista, and the Farjado Garcia family would have been in danger had they stayed.

After making it to the United States, Gloria’s father signed up to join the failed Bay of Pigs invasion but was thankfully returned to his family. Soon after, he joined the US Army and was sent to Vietnam, where his prolonged contact with Agent Orange made him very sick later in life. With Gloria’s mother working to support the family, Gloria herself took care of her little sister and her father, using music as an escape.

By the mid-1970’s, Gloria had met the group which would soon become Miami Sound Machine. By the 1980’s, they were famous around the world for their hits like “Conga”. Miami Sound Machine combined pop music with traditional Latin beats and influences, and unsurprisingly they were a huge hit in Florida before reaching the rest of the world.

Today, Gloria is most remembered for making a miraculous recovery from a horrific tour bus accident that should have left her paralyzed—instead she returned to touring only ten months after the accident. Doctors also told Gloria she would never be able to have more children, but this was also incorrect. Gloria’s daughter was born four years after the accident (her son and husband were both on the bus and survived the accident).

I’d also like to mention that, unlike so many other famous couples from Hollywood or anywhere in the realm of celebrity, Gloria and her husband Emilio have been going strong since 1978. Emilio never left her side after the bus crash and was there for every step of her recovery. They have two children together, Nayib and Emily. The Estefans career isn’t beholden to just music either (Emilio was a founding member of the band that became Miami Sound Machine before stepping back to take on a producer role behind the scenes), in fact, Gloria and Emilio have released a cookbook together as well.