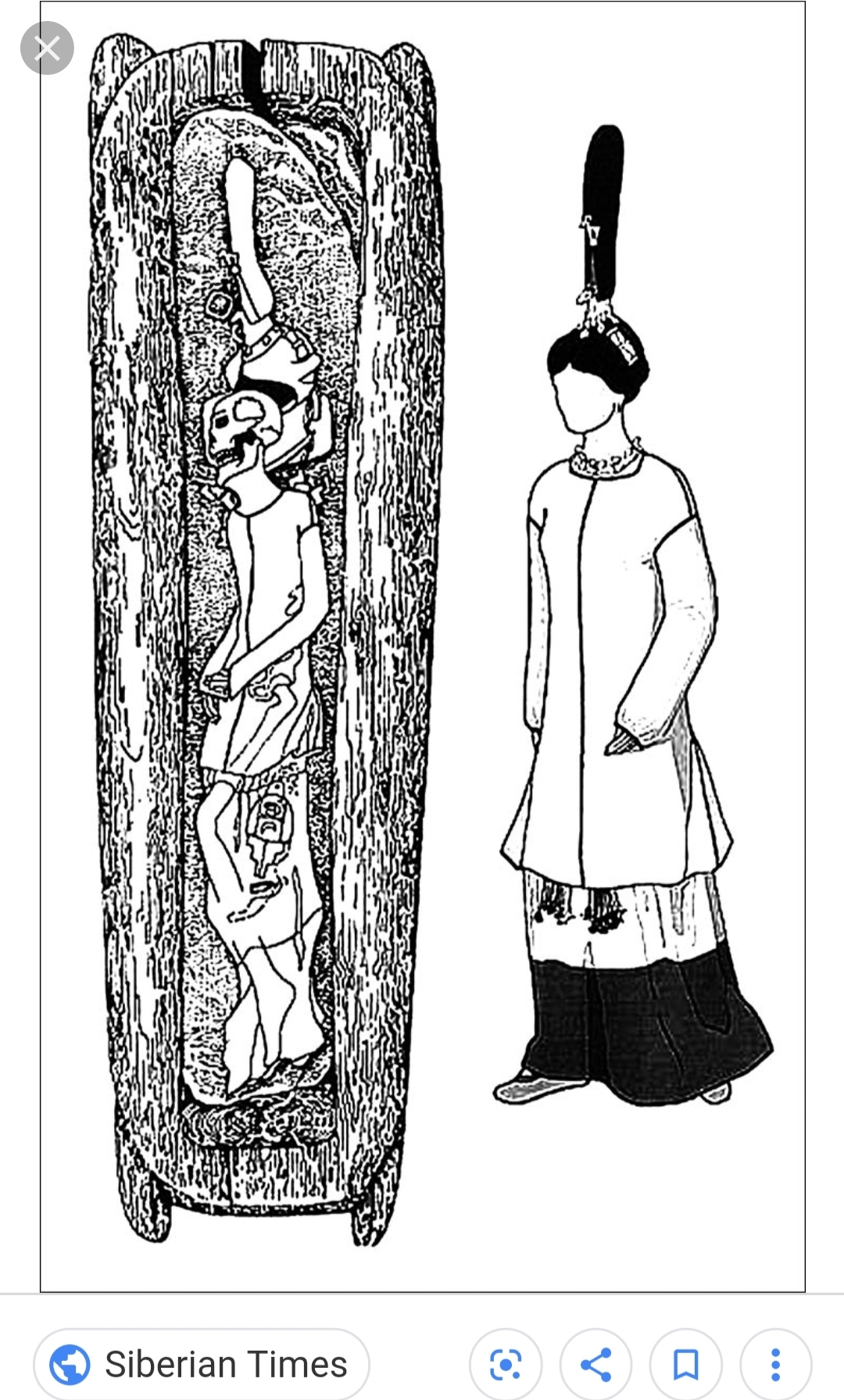 76) The Ice Maiden of Pazyryk

Also known as the Ukok Princess or the Siberian Ice Maiden

She lived around the 5th Century BC

Her mummy has led to numerous new insights into her people’s culture. The plateau where she was discovered also revealed two warriors buried nearby and is now a UNESCO world heritage site.

She and the warriors are covered in remarkable tattoos and she is believed to have died around the age of twenty-five.

The Ice Maiden was discovered in 1993; she was buried with six horses and other items making it likely she was a healer or spiritual person (and most likely not a Princess but Princess has a nice ring to it in the press).

Her people’s tattoos are some of the most intricate and beautiful of ancient tattoos—highly stylized and colored as well. It is thought her people applied tattoos as a way of identifying members of tribes and families in this world and the next.

She was buried in a Chinese Silk dress and felt boots. Her head was shaved, and she was buried with a horse hair wig and now iconic hat. The maiden’s cause of death remains unknown for certain because no outward damage to her skull is present and all her internal organs were removed before she was mummified.

Her mummy was the first of Russian origin to be subjected to an MRI scan and in 2014 the scientists conducting the tests said a possible cause of death was breast cancer, with a tumor being located in her right breast and lymph nodes. She may also have been injured from a fall, possibly from a horse.

The people of the Altai Region immediately objected to her being dug up and then taken away—and they claim a curse much like that of the Egyptian Pharaohs fell over the region once she was moved. It was finally agreed that her body would-be put-on display in a glass coffin at the Altai Museum.

The area where her body was found has now been declared a Zone of Peace and no more archaeological digs can take place there.

Click the video in this article to watch Episode 1: Civilisation, of Amanda Foreman’s Documentary Series Ascent of Woman, which features the Ice Maiden.