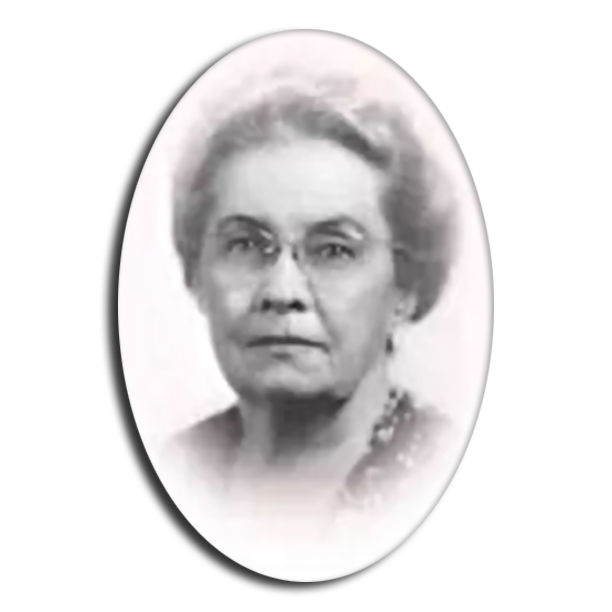 In 1905, a recently divorced Angela was desperate to earn a living so she could feed her children. Her industrious attitude led Angela to purchasing the necessary supplies in order to begin printing the Wickenburg Miner. Little did she know this venture would prove the adventure of a lifetime.

Before she became the first female publisher in the Arizona Territory, Angela was born in a small mining town in Nevada. When she was twelve, Angela moved to the then-Arizona Territory with her sisters. Angela's only brother drowned when they were young.

Before becoming a printer, Angela and one of her sisters folded newspapers to earn money; this was Angie’s first step into the world of printing. Angela went on to print in both the Wickenburg and Casa Grande areas. In 1925, Angela founded the Messenger Printing Company in order to move all her publications under one label. By 1951, the company was merged with Arizona Printers Incorporated, and Angela was given a place on their board.

Before becoming a printer, Angela worked as a teacher at various territorial schools, this despite the fact that there was a movement to prevent Catholics from becoming teachers in the fledgling school system. Angela also ran for public office, long before women had the right to vote, and raised three sons. She even served as Immigration Commissioner for Pinal County. Angela’s career didn’t end there though; she went on to become a water conservationist and continued to defy gender expectations. And that’s not even all of the jobs and titles she held in her lifetime.

When she was still a young woman, Angela and her sister Katie helped the victims, both living and dead, of a horrible flood in Wickenburg. Soon after, Angela also helped heal a woman who was badly burned. These actions proved Angela was just as good as a nurse as she was a teacher or publisher.

Angela was also extremely brave and faced adversity throughout her life. As previously mentioned, she raised three sons, mostly on her own. Angela suffered a miscarriage in 1900 and underwent surgery, possibly for a hysterectomy. Her marriage soon fell apart, and Angela's attitude towards her 1903 divorce was apathetic at best. For the rest of her life, Angela was single, but never complained. If anything, she thrived. All three of her sons went on to have successful careers of their own.

In 2005, her granddaughter, Rebecca Hammer Joy, published a biography about her courageous grandmother. In 2019, Angela was also honored by the Anasazi Chapter of the National Society Daughters of the American Revolution. Angela’s great-granddaughter, and the daughter of Rebecca, is a DAR member.