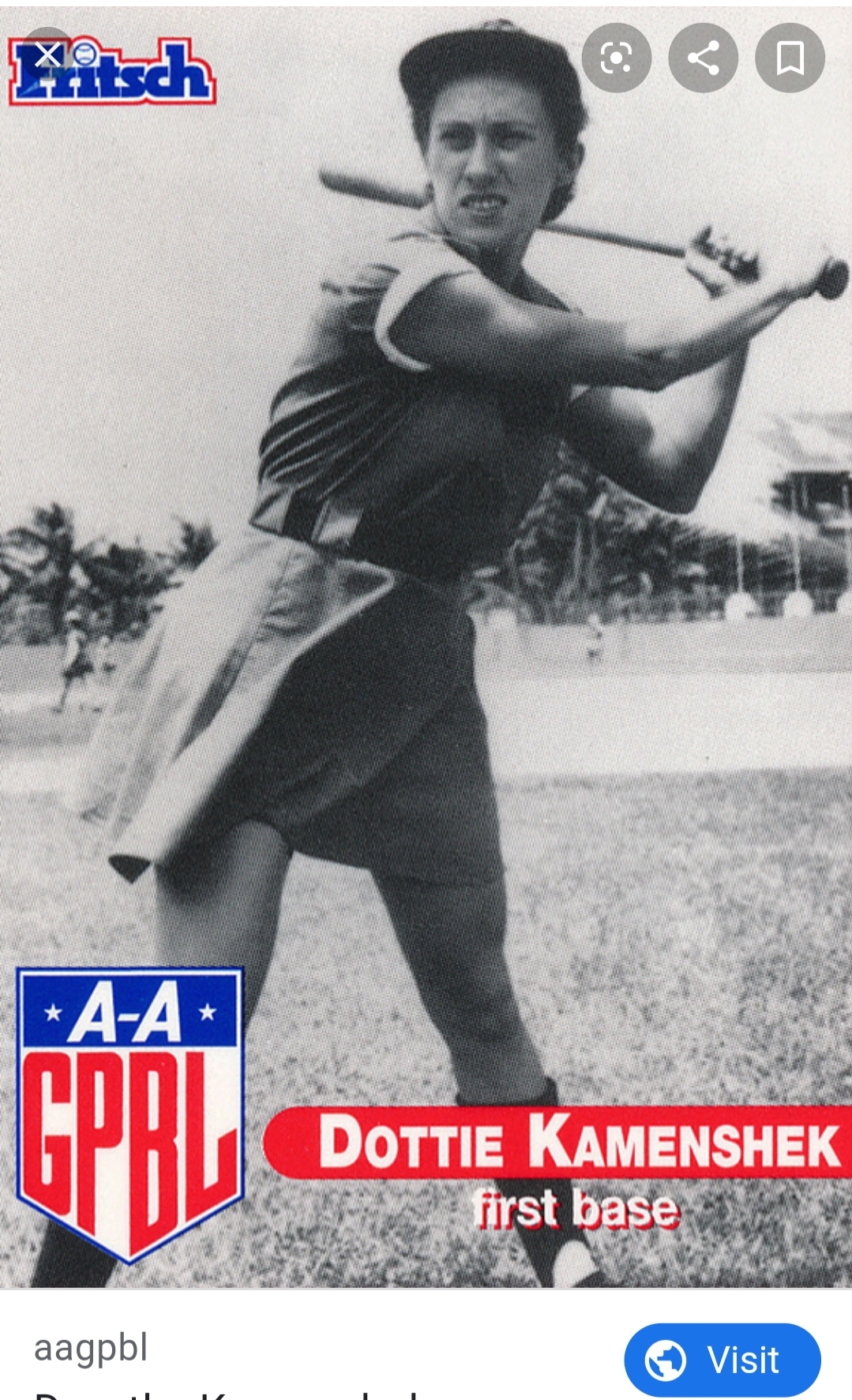 Also Known As: Dottie or Kammie

Dottie played softball around town as a kid and was spotted by the AAGPBL at the age of seventeen. She played for the Rockford Peaches from 1943 to 1951 and then a final season in 1953. She is widely seen as one of the inspirations for Geena Davis’s character Dottie in A League of Their Own.

In 1950, a men’s team from the Florida International Baseball League attempted to recruit her but Dottie turned it down thinking it was a publicity stunt.

Dottie worked as a physical therapist and then worked for the Los Angeles Crippled Children’s Service Department after leaving baseball.