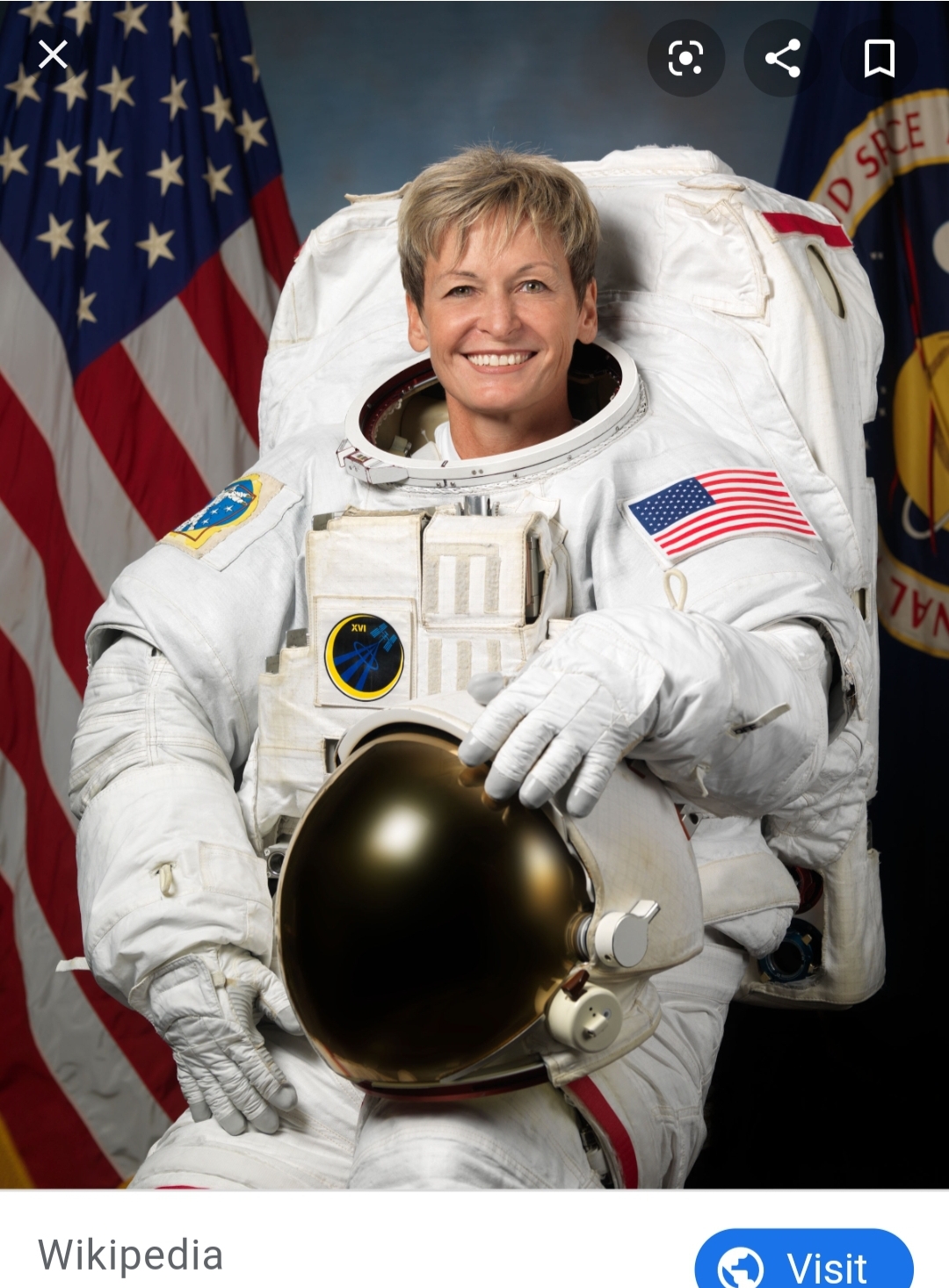 Peggy went up for the final time at the age of fifty-six.

She is also a biochemistry researcher.

She retired in 2018 from NASA after starting with the company in 1986. Peggy was NASA’s first Space Station Science Officer and was the First Female Commander of the International Space Station.

She also holds the record for most spacewalks by a woman (ten in total), and she was the first female chief of the astronaut corps (also becoming the first non-military person to hold that role).

Peggy has a PhD in biochemistry.