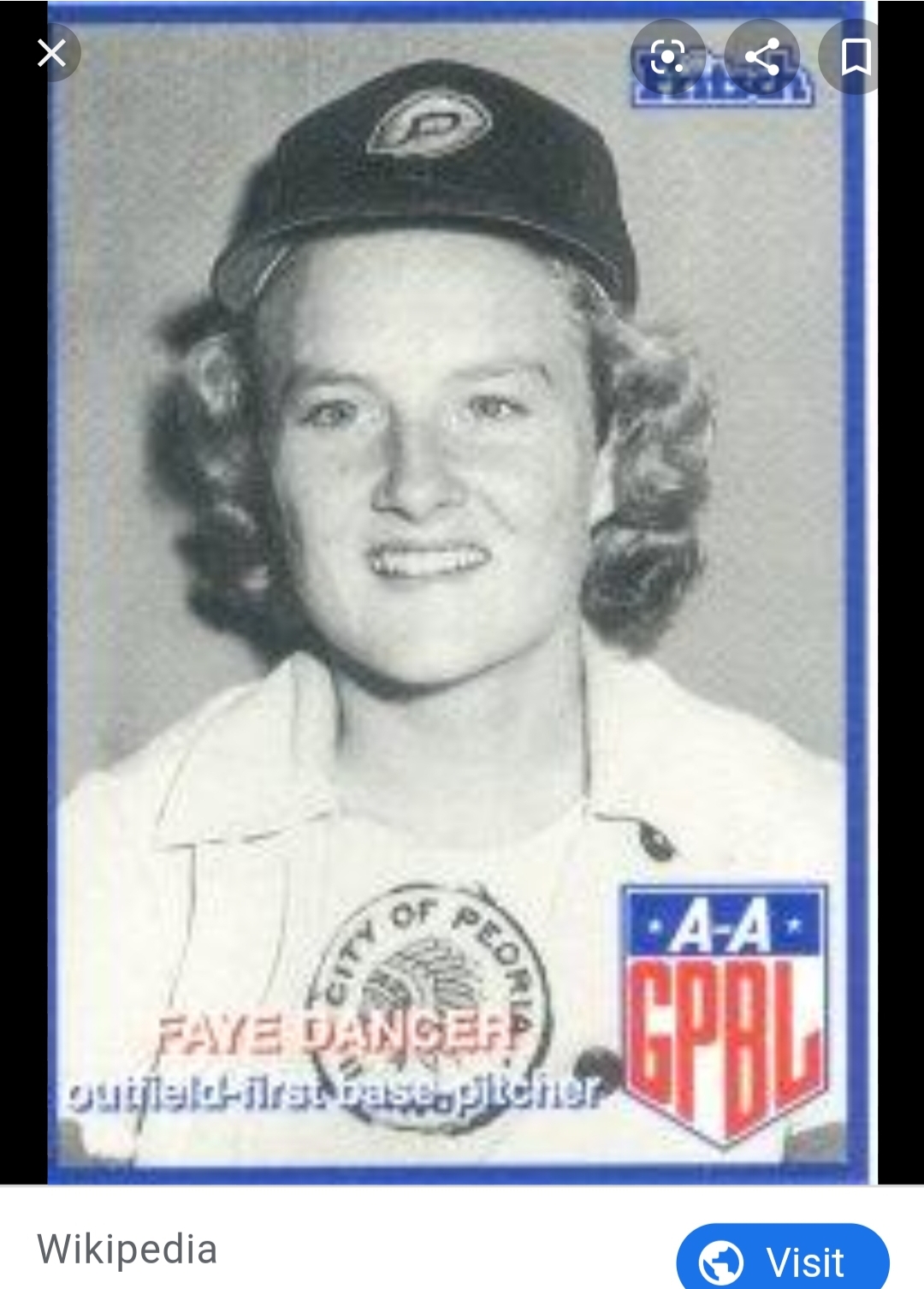 “I’ll probably be remembered as a crowd favorite, a little crazy. I always had fun.”

Faye’s nickname was All the Way Faye because of her spontaneous cartwheels on the field and her rambunctious attitude.  She was the inspiration for Madonna’s character in A League of Their Own, and indeed Faye herself was remembered for being a prankster and for leaving her chaperones in worried fits as she went out drinking without their knowledge.

Faye was the first player in the AAGPBL to hit two home runs in a single game. She played for three different teams from 1946 to 1950, although she took the 1949 season off, most likely from injuries sustained during the previous season.

Faye worked as an electronics technician after leaving the league due to a ruptured disk. She never married, and one friend claimed this was because the love of her life was killed in World War II. Faye also became a board member of the AAGPBL’s player association and was a consultant for the film. Faye passed away from complications relating to breast cancer.