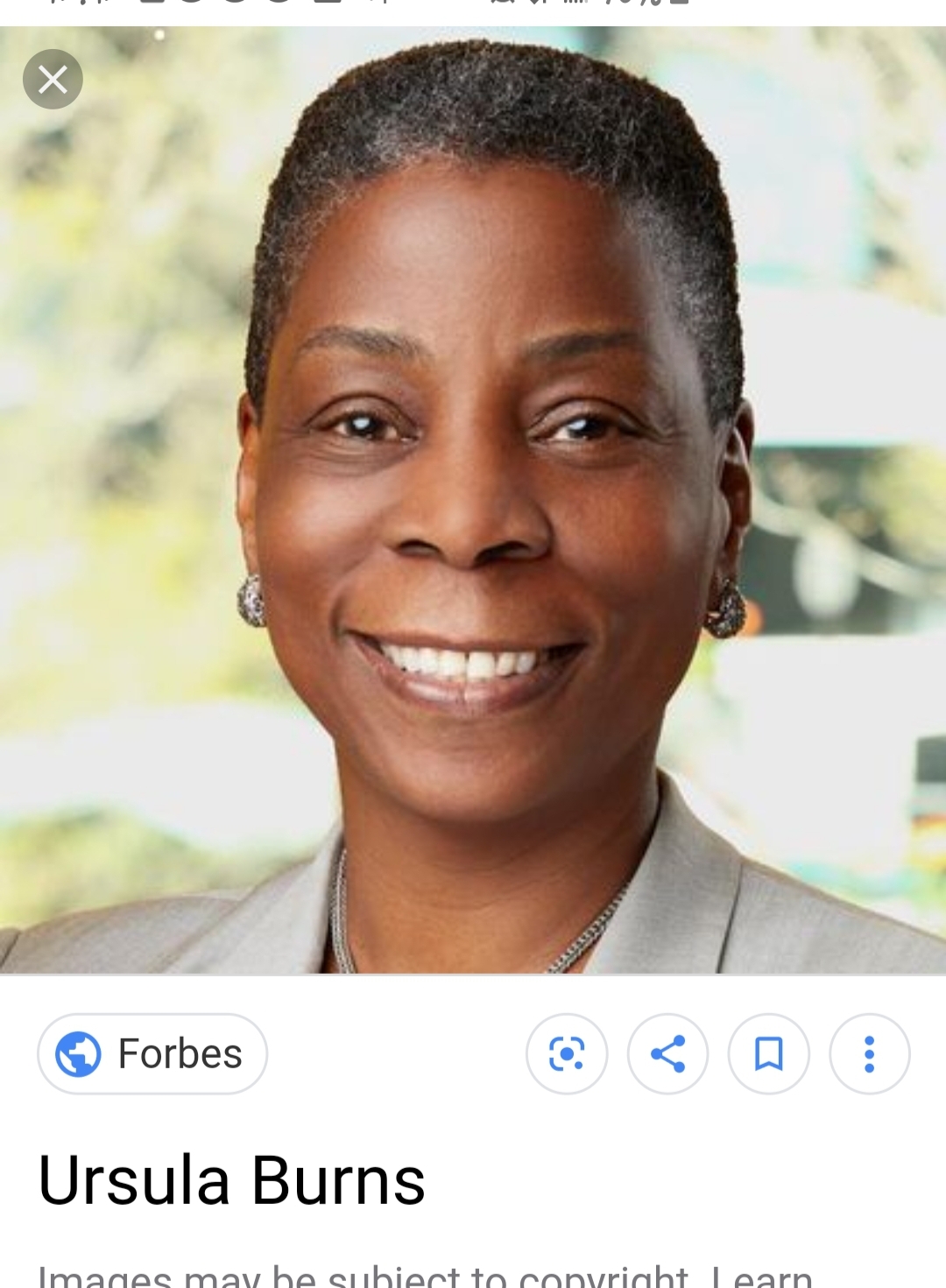 She was the first African American Woman to serve as CEO of a Fortune 500 Company. Ursula was also the first woman to become CEO immediately following another female CEO stepping aside (for a company of that size).

She was raised by a single mother who ironed and ran a home daycare to pay the bills and send Ursula to a good school.

Ursula joined Xerox in 1980 as a summer intern in the mechanical-engineering program. She completed her master’s degree in 1981.

In 1992 she took her first management position in Xerox and slowly worked her way up from there.

In 2009 Obama appointed her to the STEM Education Coalition and she remained with the project until 2016.

Ursula has also served on the boards for Uber, VEON, and Exxon Mobil. In 2018 she became chairman and CEO of VEON.

Ursula became a widow when her husband died in 2019. She has two children.