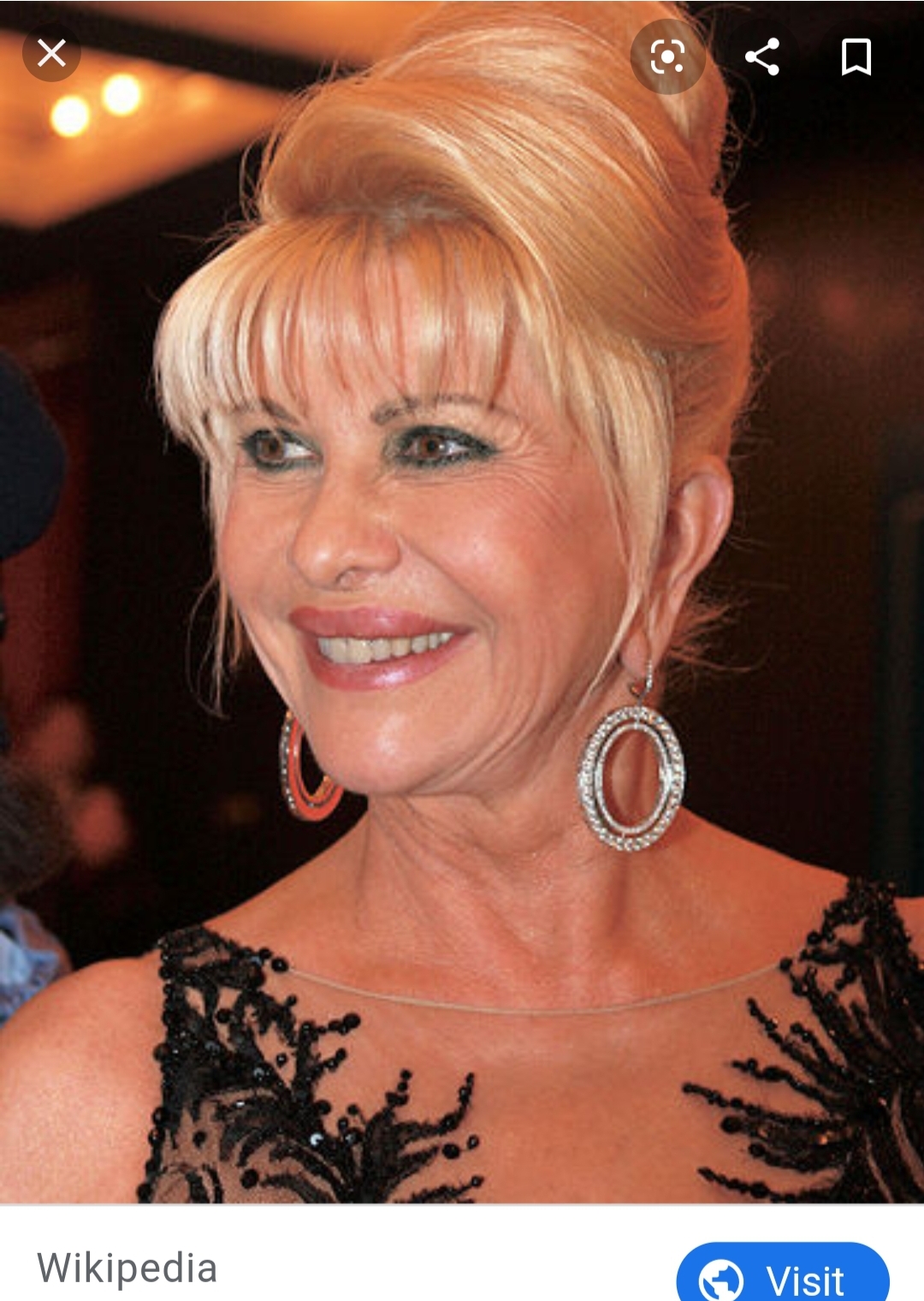 “I have the freedom to do what I want, with whomever I want to, and I can afford my lifestyle."

Ivana is also a mother of three: Donald Jr, Ivanka, and Eric Trump.

As a teenager, Ivana competed in several tournaments throughout Europe as a skier and has claimed she qualified as an alternate on her country’s Winter Olympics team, though she never competed.

Ivana’s first husband she married for about two years, reportedly so she could get a passport to escape Communist Czechoslovakia. She ended up in Canada before moving to the United States.

Ivana’s later husband was the forty-fifth president of the United States, Donald Trump. He is the father of her three children. During the marriage, Ivana was a fixture in high society New York social circles and worked as an interior designer on several Trump projects. She also held executive positions at the Plaza Hotel as well as the Trump Casino.

Ivana managed to secure a $20 Million divorce settlement from Donald, and later had a cameo appearance in The First Wives Club. She also wrote several novels and other non-fiction works. Ivana also created two businesses and hosted her own dating show.

She has married twice more after her divorce from Donald and seems to have a fairly good relationship with him. In fact, Ivana’s fourth marriage took place at the Trump estate in Palm Beach, Florida.

Ivana appeared on the Italian version of Dancing With the Stars, dancing with her fourth ex-husband. She also declined becoming the ambassador to the Czech Republic after President Trump offered her the job.

According to Ivana, her grandchildren call her Glam-ma.