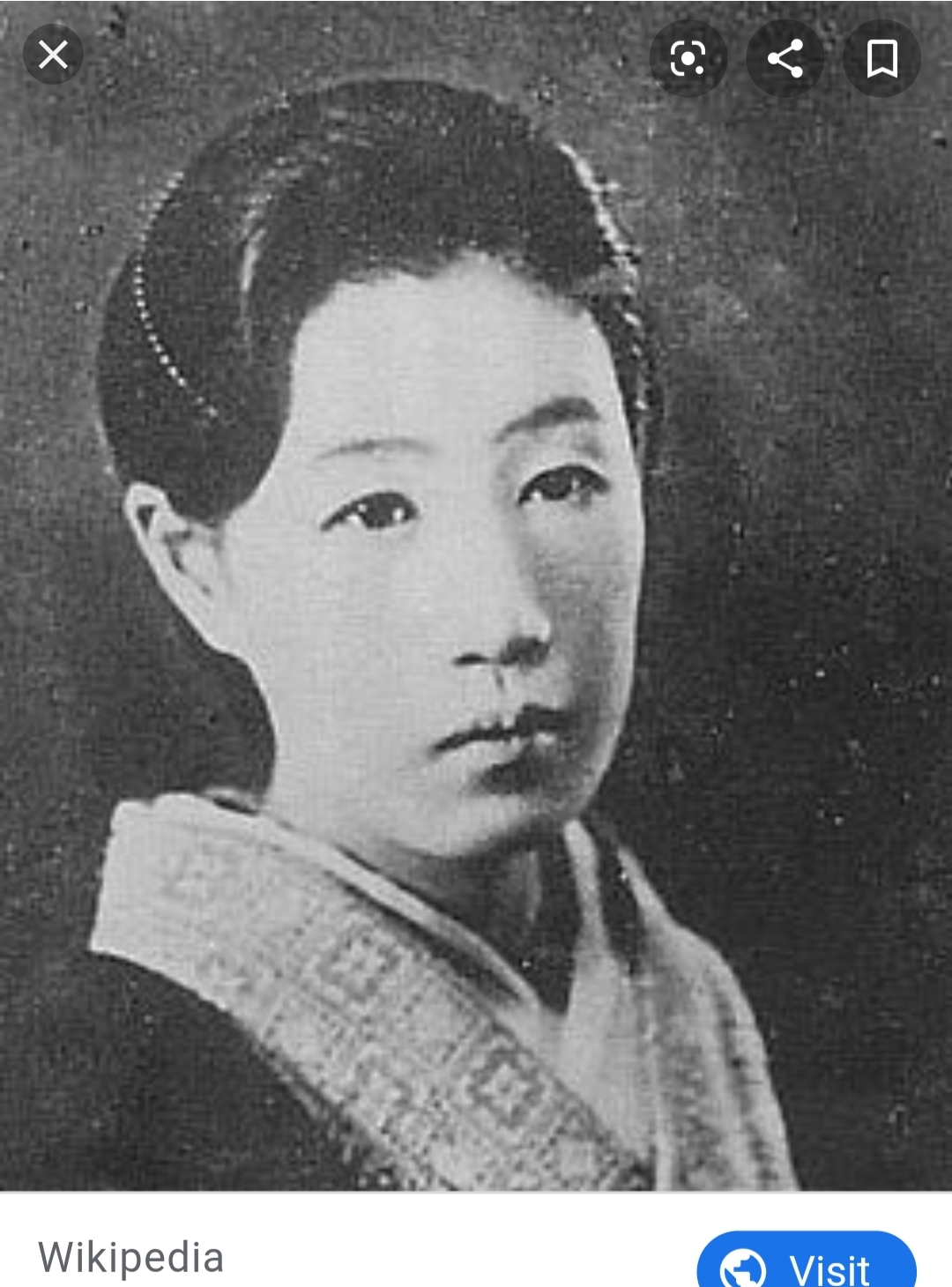 "I loved him so much, I wanted him all to myself. But since we were not husband and wife, as long as he lived he could be embraced by other women. I knew that if I killed him no other woman could ever touch him again, so I killed him..."

Sada is remembered for asphyxiating her lover and then cutting off his genitals to carry around with her. I wish I was kidding.

Sada had been forced into life as a geisha after her parents made her become one as punishment for being promiscuous as a teenager. This was partly due to the fact Sada had been raped when she was fifteen, and never received psychiatric treatment to help with the aftereffects. After spending some time as a geisha, Sade quickly switched to being a government licensed prostitute and then an illegal one before being hired as a waitress in her future lover’s hotel.

When her lover refused to leave his wife Sada became insanely jealous and bought a kitchen knife threatening to kill him. Her lover attempted to appease her by taking her to an inn for two days, however, Sada erotically asphyxiated him before removing his aforementioned parts and carrying them around in her purse. Whether or not Sada intentionally killed him or not is still up for debate.

The search for Sada ignited panic around Japan with multiple sightings of her after her lover was found dead—meanwhile she’d checked herself into a hotel under a fake name and waited patiently for the police to find her.

Sada asked for the death sentence but was given six years instead. Her sentence was eventually commuted, and she was released after five years.

She spent the next few decades working in and out of the spotlight. She wrote a book and saw a movie released based on her story. Eventually, she got a job as a waitress, giving interviews occasionally to curious journalists. One day, in 1970, she disappeared. Stories abound that she killed herself or moved into a convent, but nothing is known for certain. She was there one day and gone the next.

As for her lover’s genitals, they were sent to the pathology museum at Tokyo Medical School before disappearing as well after World War II.