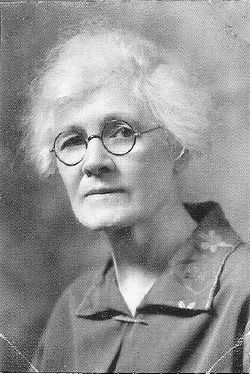 Co-Inventor of the Teddy Bear

Rose created the teddy bear alongside her husband, Morris.

Rose and her husband were Russian Jewish immigrants who emigrated to Brooklyn, New York, United States of America at different times, meeting in Brooklyn. They had five children together.

In 1902, President Roosevelt was working to find a solution for the boundary dispute between the states of Louisiana and Mississippi. While there, President Roosevelt, who was known for his big game hunts, decided to partake in a five-day long black bear hunt. For four days, President Roosevelt trekked through the wilderness with no luck. On the fifth day, a fellow hunter captured a black bear cub and tied it up, to allow the president to get his kill. However, President Roosevelt refused to harm the cub; he would only shoot an animal that had been given a fair chance to defend itself first. (It should be noted that sources dispute whether the bear was a cub or an older aged bear—but the point still stands regardless).

The story of President Roosevelt refusing to shoot the baby bear took the nation by storm. Bears were suddenly flipped from a symbol of fear to one of love and affection. Rose and her husband Morris decided to capitalize on this new idea and created the teddy bear to sell in their small shop in Brooklyn. It started with a single bear Rose sewed to sit in the ship window (labeled Teddy’s Bear). Within a single day, Rose and Morris had numerous offers to buy the bear.

The teddy bear went on to become the symbol of the Republican party for the election cycle of 1904. The bears were so popular they were displayed all over the White House, and Rose and her husband Morris decided to commit all their time to creating and selling their Teddy’s Bears. Soon after they founded Ideal Toy Company, which remained in the Michtom family until the 1970’s. Ideal Toys would go on to become the largest doll manufacturer in the United States.

Despite the fact the Teddy’s Bear made the Michtoms millionaires, they did not settle into a life of luxury. Rose and Morris supported numerous Jewish charities and aid societies throughout the rest of their lives.

Their first ever bear (which was sent to the White House after the Michtoms asked President Theodore Roosevelt for permission to use his name) is now preserved by the Smithsonian.