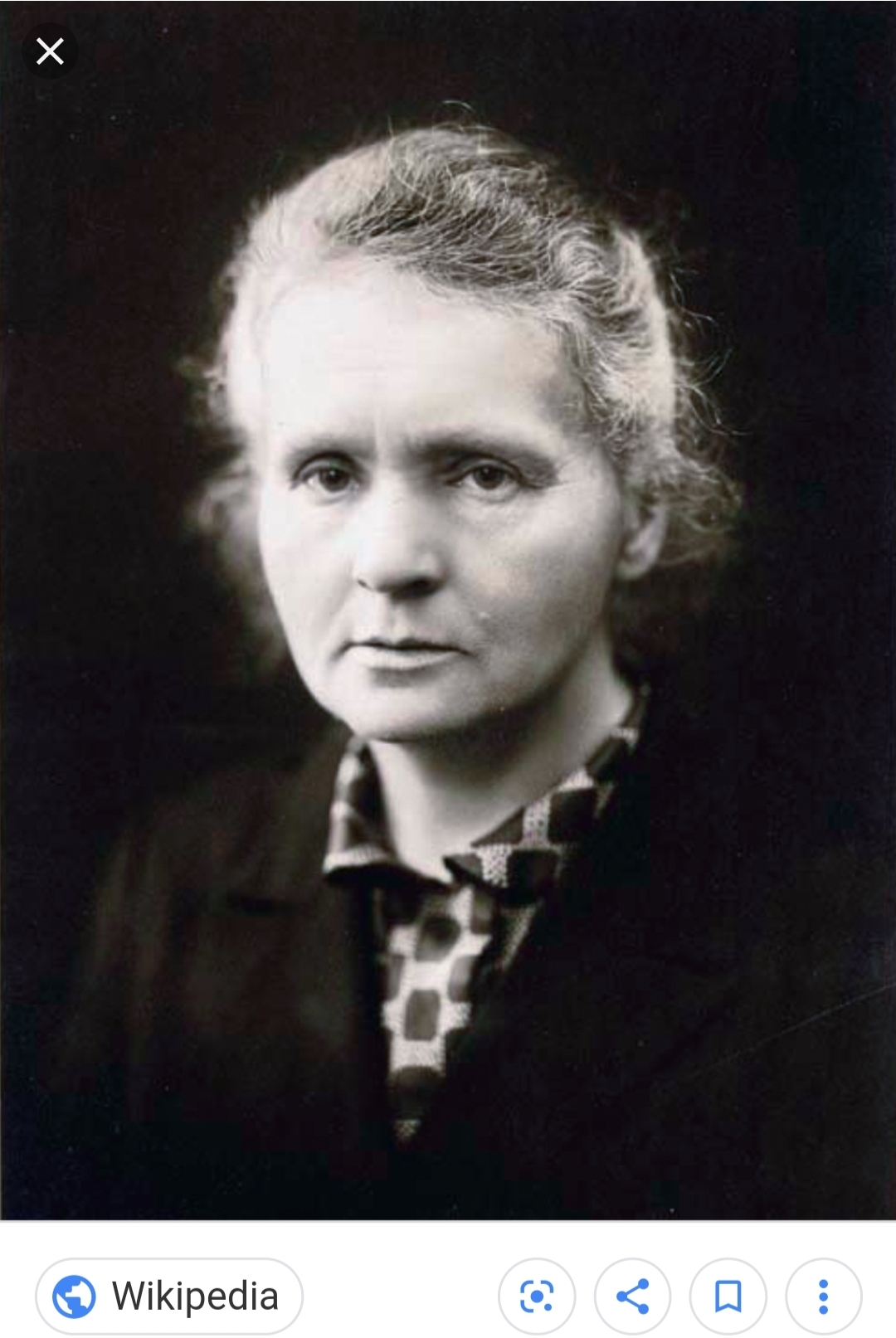 Yes, that's her real, full name, and no she never dropped it--Western Media did, #polishpride

(Quick note, I'm not Polish but if you need someone new to watch on YouTube I highly recommend the Meme Mom herself  Karolina Żebrowska !)

Anyway, back to Marie

Marie was a chemist who had a rudimentary education before eventually studying at the Sorbonne.

After meeting her husband (who worked at the Sorbonne) Marie succeeded him as Head of the Physics Laboratory there at the school. She earned her doctor of science degree in 1903. Marie became the first woman to become Professor of General Physics in the Faculty of Sciences after her husband’s tragic death. Her main study was in radium and during World War I she and her daughter worked as x-ray technicians. Marie is the only person to hold two Nobel Prizes in two different fields (chemistry and physics). Her journals are so radioactive you have to wear a protective suit to study them and she died from cancer because of her exposure to radium.

Who Was Marie Curie? By Megan Stine

How They Croaked by Kevin O'Malley