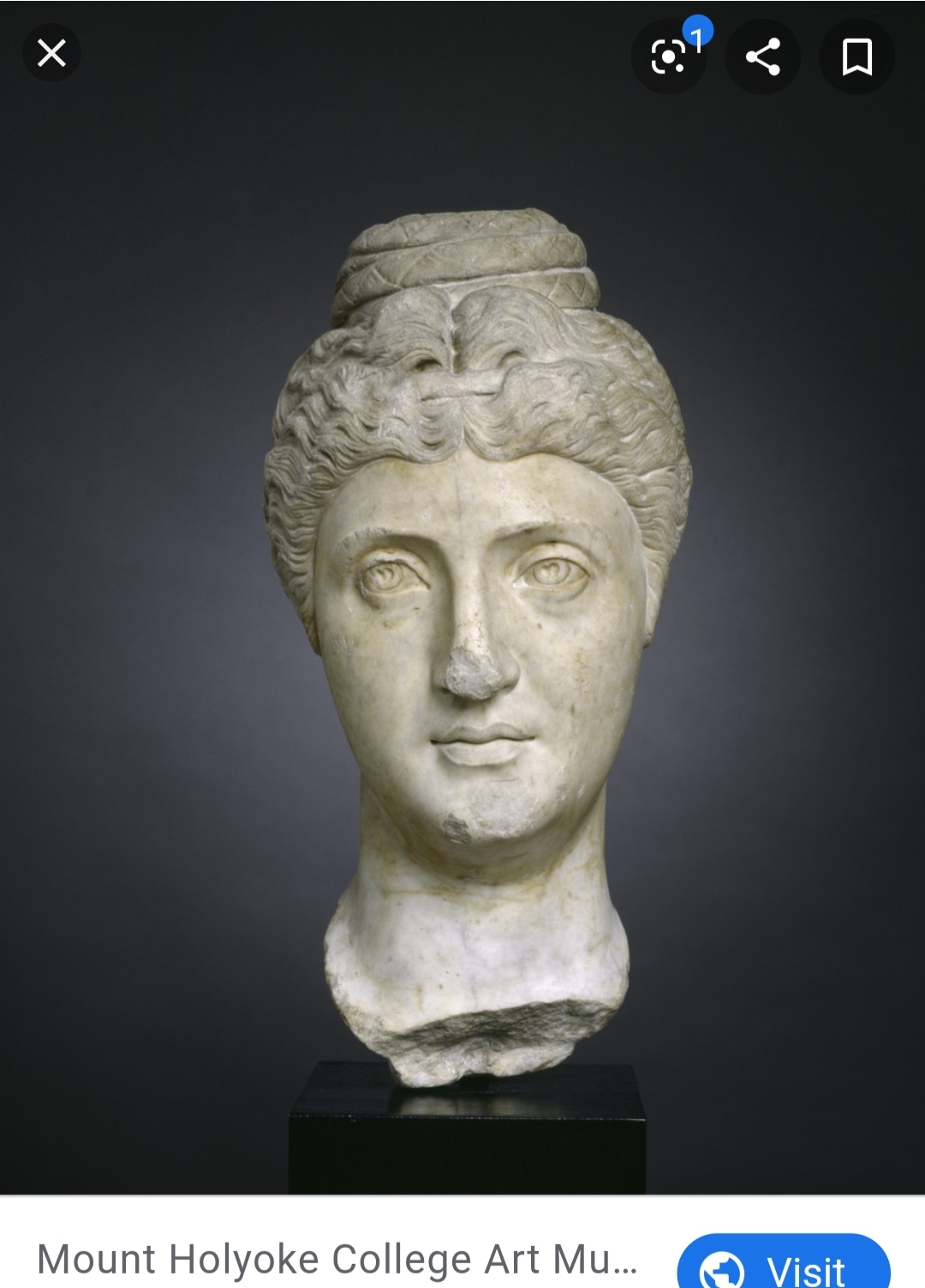 Faustina was the wife of Antoninus Pius.

Unlike most Emperors and Empresses of Rome, Faustina and Antoninus really loved each other and ruled over a mostly peaceful and prosperous empire. Faustina was given the title of Augusta, a high honor for a Roman Empress.

One type of coin that survives from this period bears an inscription explaining that one of Faustina’s charities was to help educate women and poor girls in Rome.

Marcus Aurelius was her nephew and later adopted son. Another adopted son was Lucius Verus (both he and Marcus were later Emperors).

Upon her death, Faustina’s husband had her deified and dedicated a temple to her in the Roman Forum. He also opened a charity in her name to help orphaned girls in Rome and had many coins struck with her image. Hundreds of these coins not only survive but provide historical context for the time. A cult also spread after her death and became wildly followed.