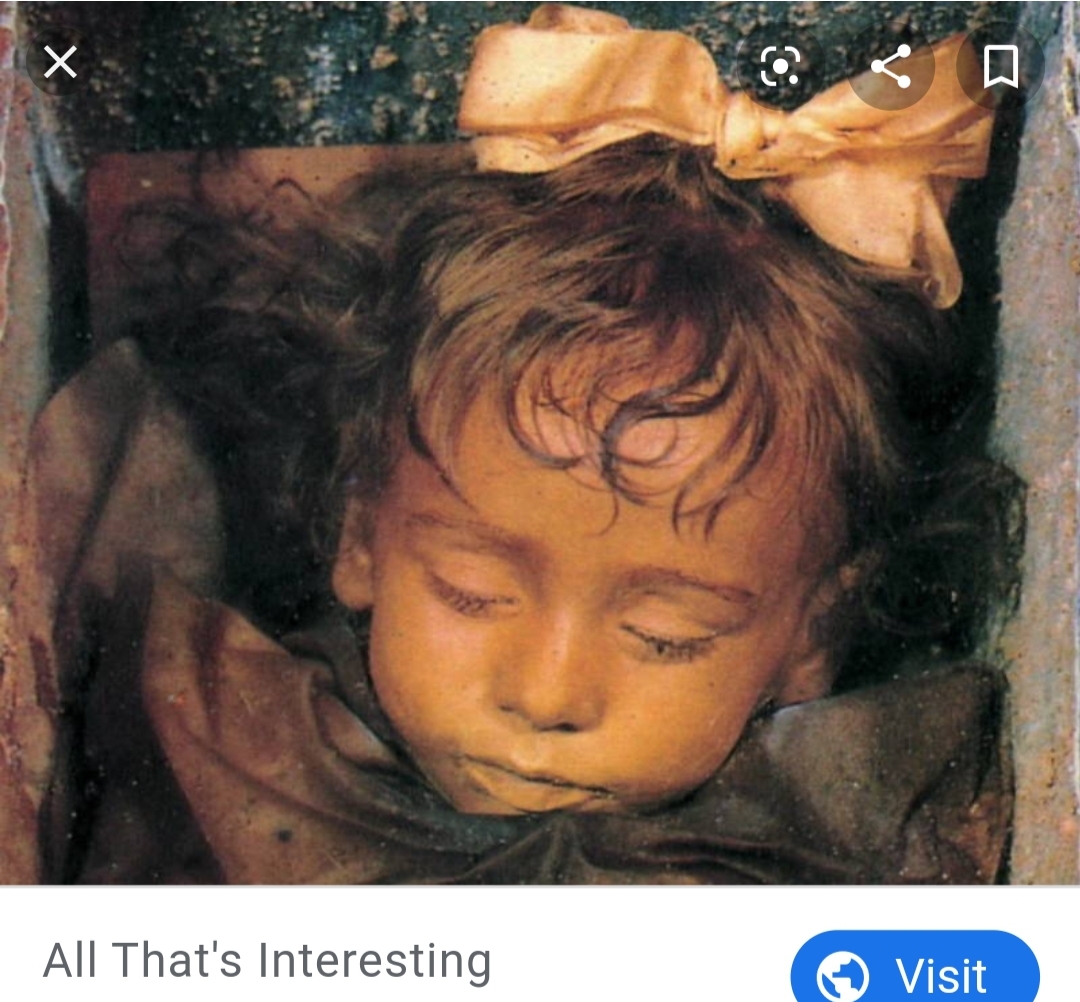 Rosalia died when she was only two years old (probably from some form of bronchial infection) and her heartbroken father approached a noted doctor to preserve her body.

She was one of the last bodies placed in the Capuchin Catacombs in Palermo and until recently locals thought she had to be a doll because of how beautiful and lifelike she still looks. In fact, some people call her the world’s most beautiful mummy.

In certain videos, it seems as though Rosalia opens her eyes to look at the camera, but this is actually an optical illusion.