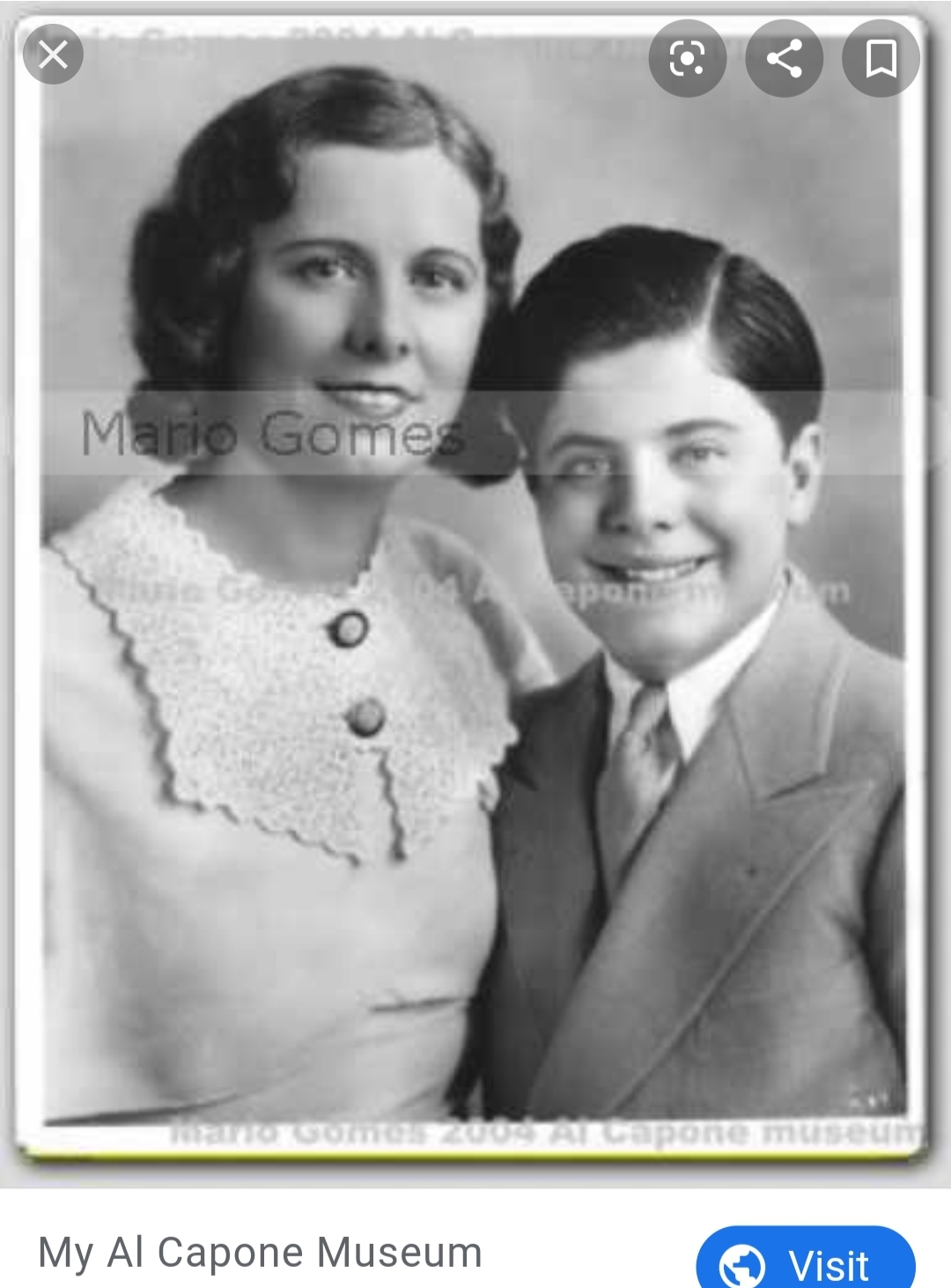 “He was a mobster, but not a monster,” -Deirdre Capone, Al’s great-niece

Al Capone’s Wife and Mother of His Son

After one visit to Al at Alcatraz Island, reporters supposedly chased her taxi for sixty-five miles.

Mae did not like Al’s criminal acts but never argued with him over it and remained loyal to him throughout her life—never speaking out or writing a tell all book or anything like that. She did however reportedly tell her son not to grow up to be a criminal and break her heart like his father.

Mae was the daughter of Irish immigrants and had several siblings. She married Al when she was twenty-one, and according to some sources, their marriage took place a month after the birth of their son.

In 1928, Al purchased an estate in Miami, Florida, a vacation/retirement home for his family, for $30,000. Because he placed the estate in his wife’s name, Mae was able to sell it after Al’s death. In 2012, the last living member of the family who still holds the name Capone, Al’s great-niece Deirdre, visited the mansion to see how much her memory held up (Al died when she was seven).

Not much else is known about Mae, she was, understandably, a very private person and the Capone family remains that way to this day; Al’s own son changed his name to Albert Brown. Mae outlived her husband by almost forty years, never remarried, and again, never spoke out.