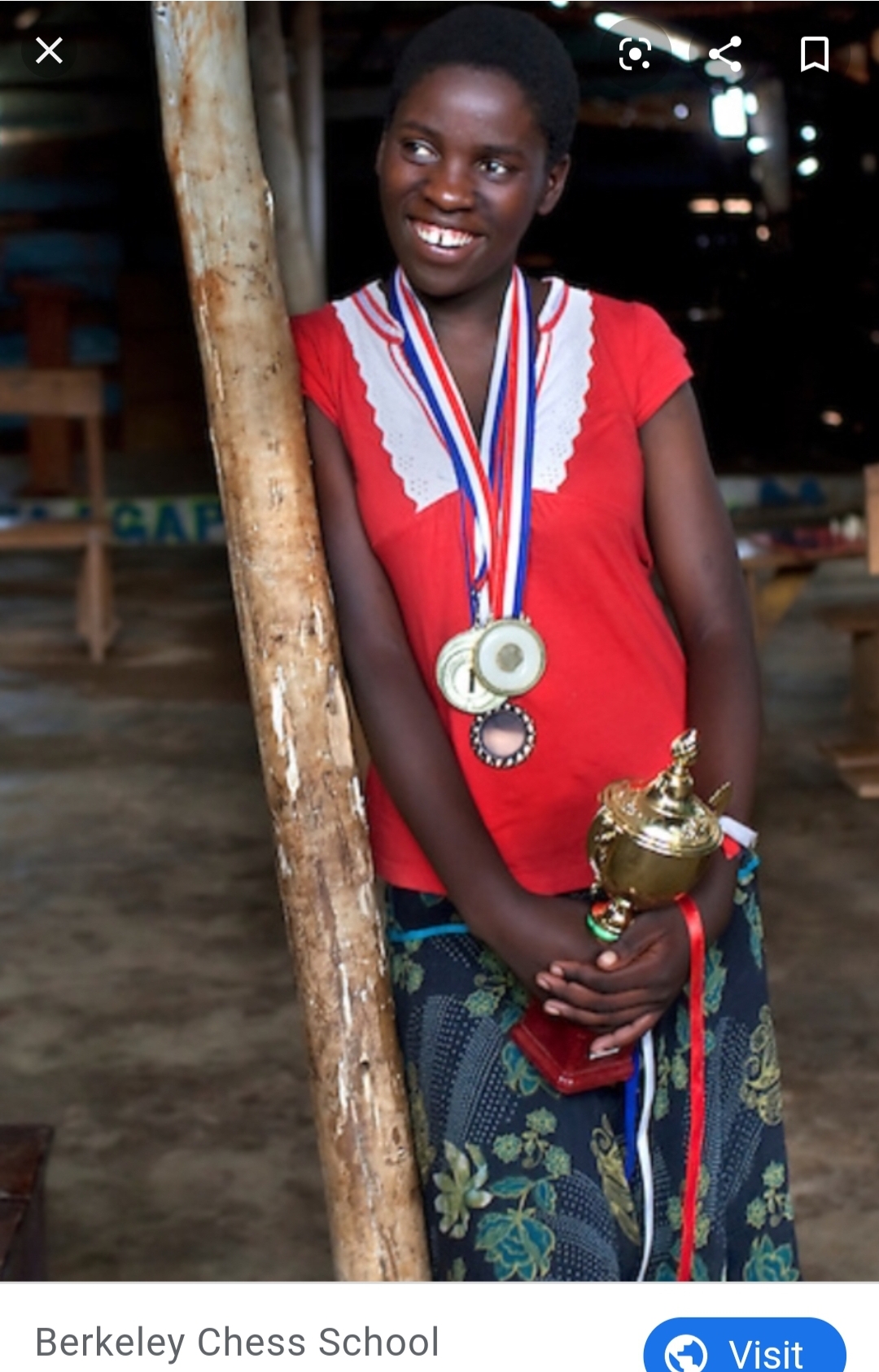 "Back in Africa, the society — the way it trains us — it trains us to be, like, 'We women are nothing. Boys are the ones who go to school. The girls are supposed to be home.

The Queen of Katwe

Disney made a movie based on her life (but one source claims she didn’t get any money from the movie).

Phiona rose from the slums of Katwe in Uganda to become the winner of an international chess championship. The Mutesi family ended up in Katwe after Phiona’s father died when she was a child. Phiona and her siblings sold maize on the streets instead of attending school, trying to make ends meet.

Phiona originally began playing chess after learning the chess club offered free meals to those wanting to play. At first, Phiona played for food, but soon became good at the game.

A book was released about her story first and she took the money from the book to buy a house for her mother and family to get them out of the slums.

Phiona arrived in the United States to begin at Northwestern University in the Fall of 2017—but she struggled because she didn’t know how to type or use a computer.

She works as a motivational speaker and accepts donations to help cover her room, board, and travel to and from Uganda to visit family. The scholarship awarded to her only covers her tuition.

The Queen of Katwe by Tim Crothers