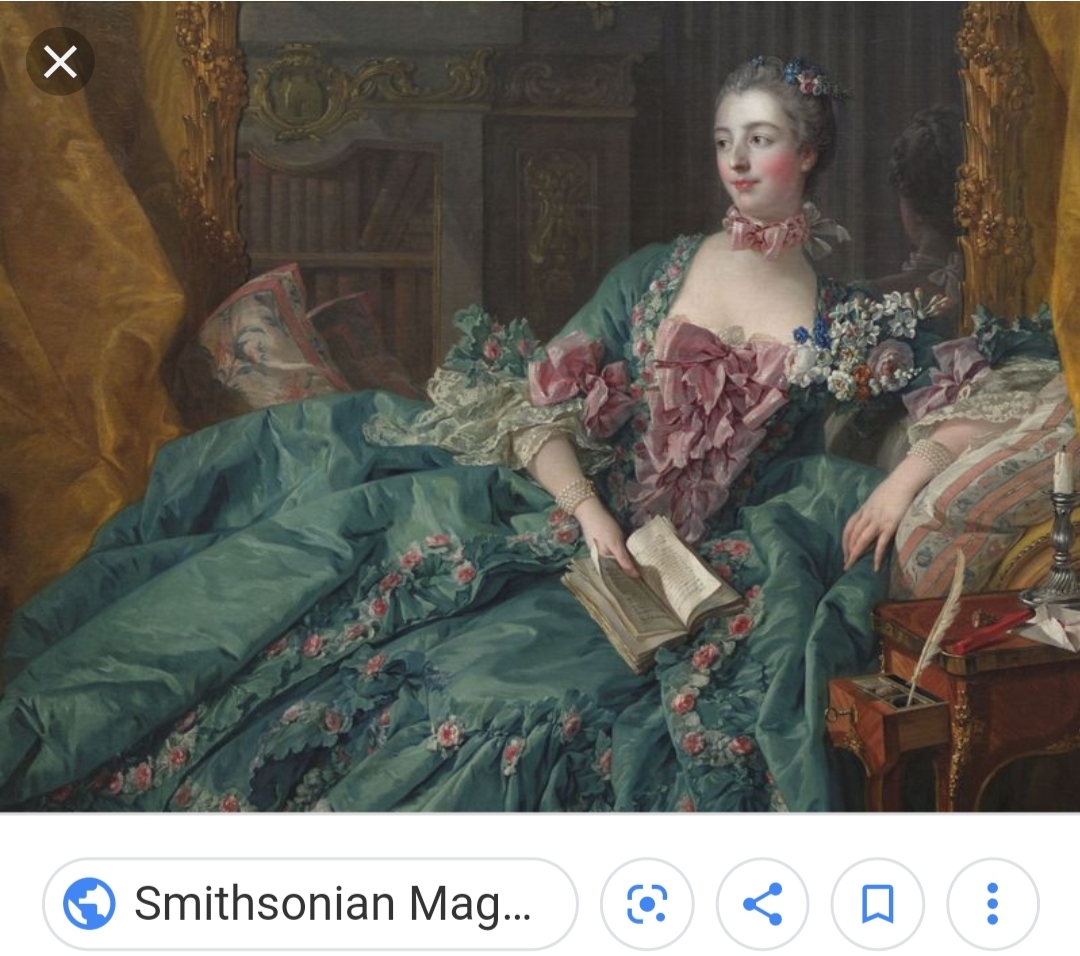 Mistress for Louis XV of France.

She was much more than just a “mistress” though with some claiming she was the de-facto prime minister.

Jeanne was blamed for France’s loss in the Seven Years War (That’s French and Indian War to you Americans) and for running up the major debts at court.

She controlled who was able to visit the king and sometimes made public statements on his behalf.

Jeanne was a patron of the arts and even did her own etchings and gem cuttings. She is also remembered for supporting the tapestry makers and starting her own porcelain outlet to have pretty things on tap for the palace.

Jeanne knew and protected enlightenment figures like Voltaire and the authors of the Encyclopedie (France’s first encyclopedia).