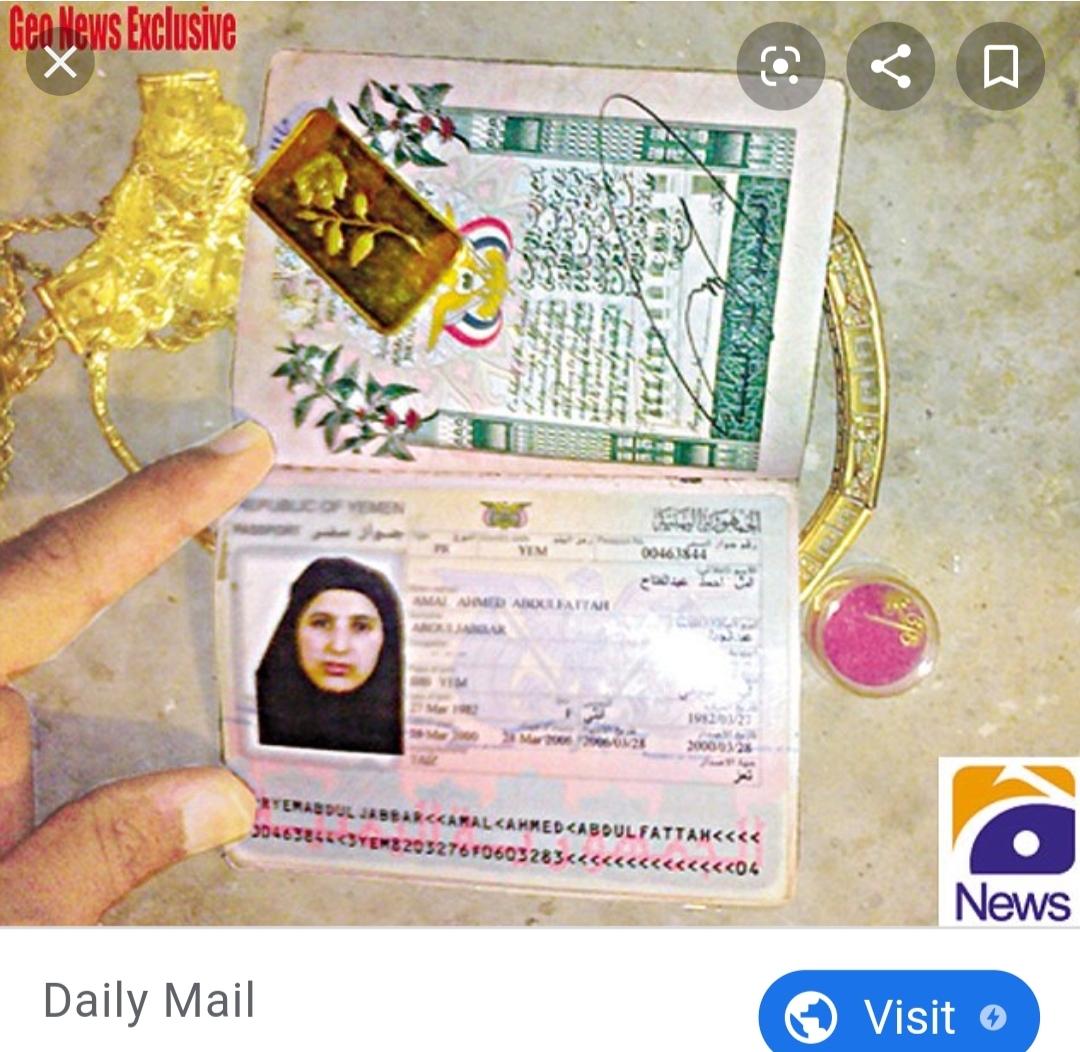 When they married, Amal was seventeen and Osama was forty-four. But its totally fine though because he gave her family $5,000 (sarcasm).

Family members reportedly remembered Amal saying before the 9/11 Attacks that she wished to stay by his side and be martyred with him.

She is the mother of five of his twenty-one children.

In May of 2011 she was shot in the knee during the United States Special Forces raid that killed her husband.

According to her brother in February of 2012 she was still being held (with her five children, two of Osama’s other wives, and four of his “grandchildren” which might have actually been his children) in Pakistan in a small apartment under lock and key. The children were not allowed out to attend school and Amal’s knee wound wasn’t treated properly.