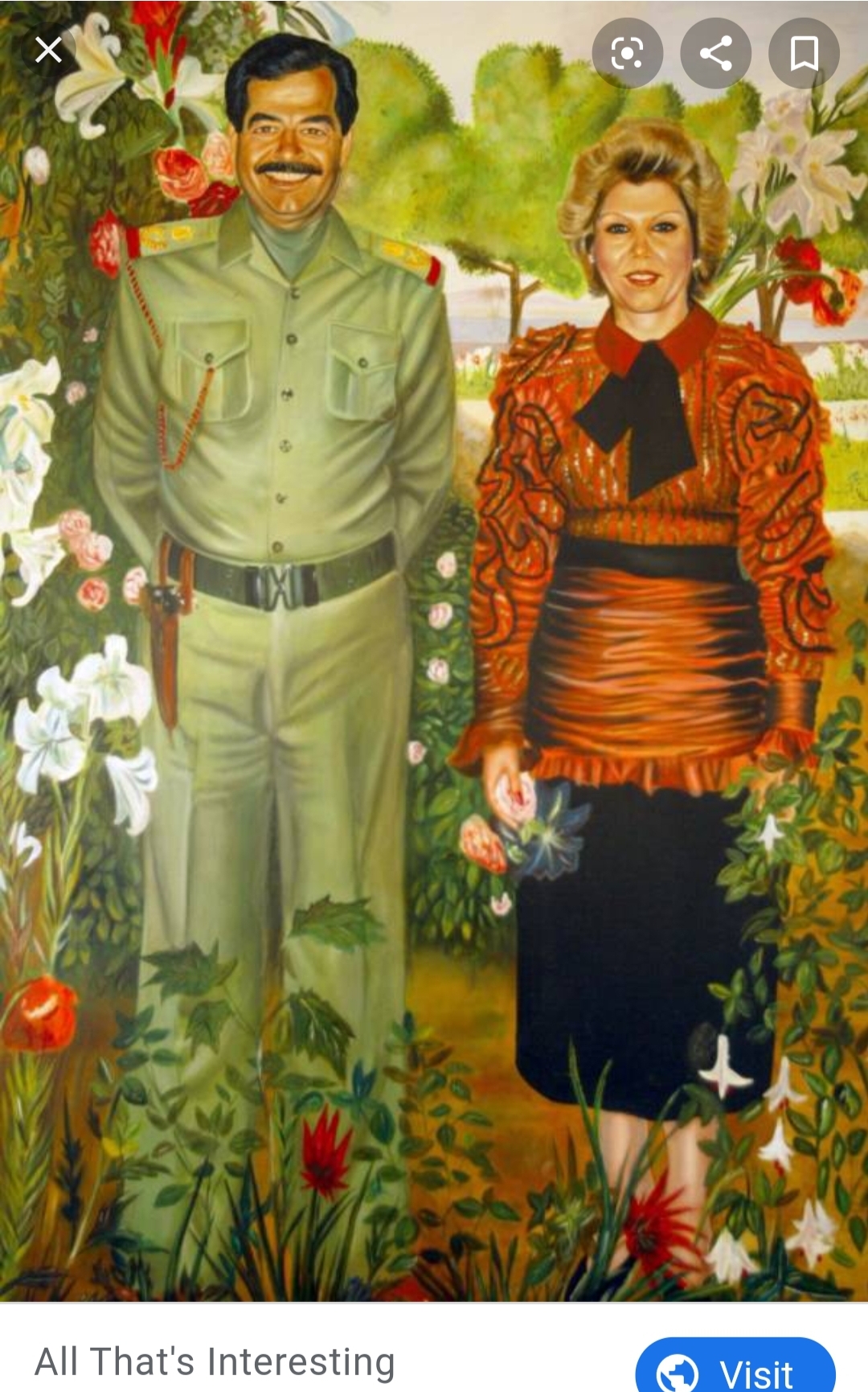 Sajida disappeared at the start of the Second Gulf War, never to be seen again.

Their marriage was arranged before they were ten years old (and they were first cousins). Sajida and Saddam had five children together and it is known that before they married Sajida was a schoolteacher.

After Saddam began appearing in public with his then-mistress and later second wife, Sajida and her family became outraged and spoke out against the abuse (and her brother died in a “freak” helicopter accident that was proven to have been bombed later on).

As far as anyone knows, Sajida fled Iraq to seek refuge abroad after the fall of Baghdad and hasn’t been seen or heard from since. It was originally believed Sajida and two of her daughters wanted to flee to Great Britain, however, the British government later denied the presence of Sajida or her family members and made it clear they would not have accepted them even if Sajida had applied for asylum.