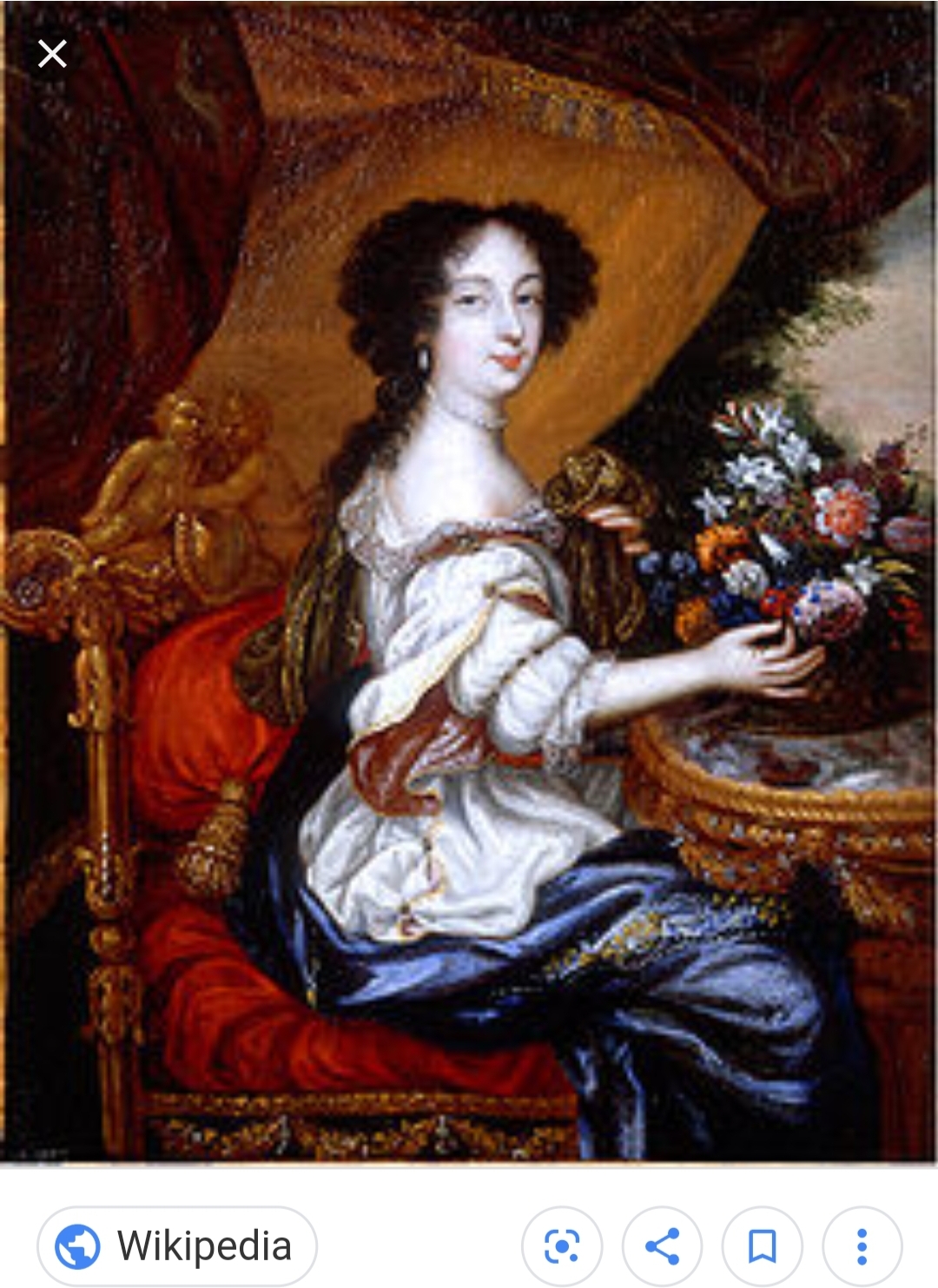 It takes a strong woman to be despised, feared, and hated; and by today's standards, she doesn't deserve it

Mistress for Charles II of England and the Lady Castlemaine.

She was equal parts hated, despised, and feared by the advisors around the king.

Barbara was technically married but wasn’t down for the whole married life thing. She was raised in a royalist household and helped restore Charles II to the throne and bring him back from exile—and again she was married and yet it is known that the King celebrated his first night back in London with Barbara so...

She gave birth to the king’s daughter in 1671—around that time the king named her husband the Earl of Castlemaine (apparently Mr. Palmer was none too happy about the whole mistress situation and this was the king's way of trying to appease him).

The king quickly married a Princess from Portugal and then insisted on making Barbara one of the new queen’s ladies-of-the-bedchamber. It’s said when Barbara was presented to the queen in this way the poor girl fainted.

Unlike the King’s other mistress Nell Gwyn—Barbara had no problem seeing other people while remaining by the king’s side. Barbara would have six children in all and five were acknowledged as being the king’s illegitimate children.

When she was pregnant with her last child, she felt her grip on the king weakening and it is reported he agreed to apologizing to her in front of the whole court after slighting her. The king finally grew tired of Barbara in “That way” and made her the Duchess of Cleveland.

Though it is believed all six of her children were the king’s he neglected to give one of them the Fitzroy surname. After the king’s death she had to sell off her properties to pay her debts and passed away from dropsy.

She is known as the most powerful British mistress in history.