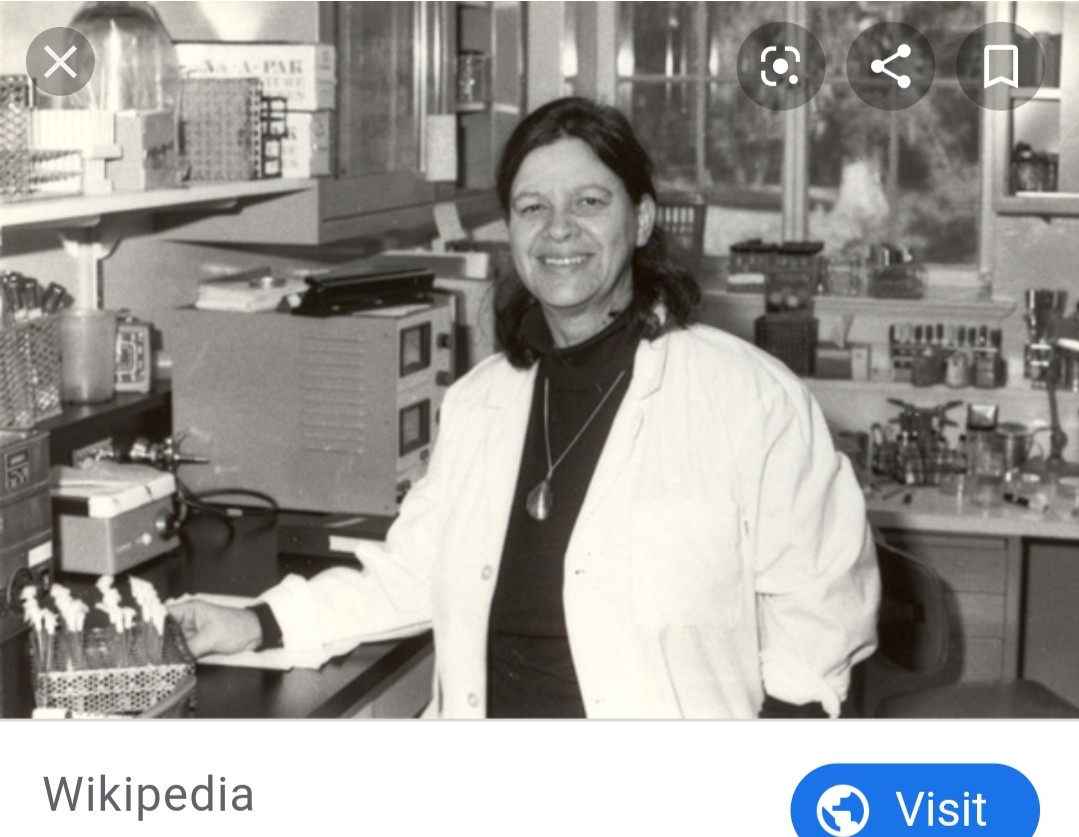 Microbiologist and Pioneer in the Field of Bacterial Genetics

Growing up, Esther was especially close to her grandfather. After unsuccessfully attempting to teach her male cousins Hebrew, Esther asked him to teach her instead; something of a groundbreaking moment for the time for an Orthodox Jewish family. Esther learned the language quickly and began to do all the Hebrew readings for the family Passover Seders.

She completed her PhD in 1950 after many years of financial struggles. While working on her master’s degree, Esther recalled sometimes having so little money she would eat the frogs’ legs leftover from laboratory dissections!

Despite working for Stanford University for over fifteen years, in 1974 she was demoted from “Senior Scientist” to “Adjunct Professor” and refused to grant her tenure. This was just one example of the struggle Esther faced as a woman in the field of Biology at the time.

Despite the hardships, Esther discovered the lambda phage (a virus used to study gene regulation and genetic recombination) and invented the replica plating technique, both of which were important steps towards the advancement of the field of microbiology as a whole.

Esther’s first husband earned the Nobel Prize in Physiology or Medicine in 1958 with two other men (and yes, she worked on the project with them but was not included). They remained married for twenty years before divorcing.

She remarried at the age of seventy and was survived by her brother and second husband. Her second husband, Simon, spent many years after Esther’s death trying to spread the word about her and her incredible accomplishments.