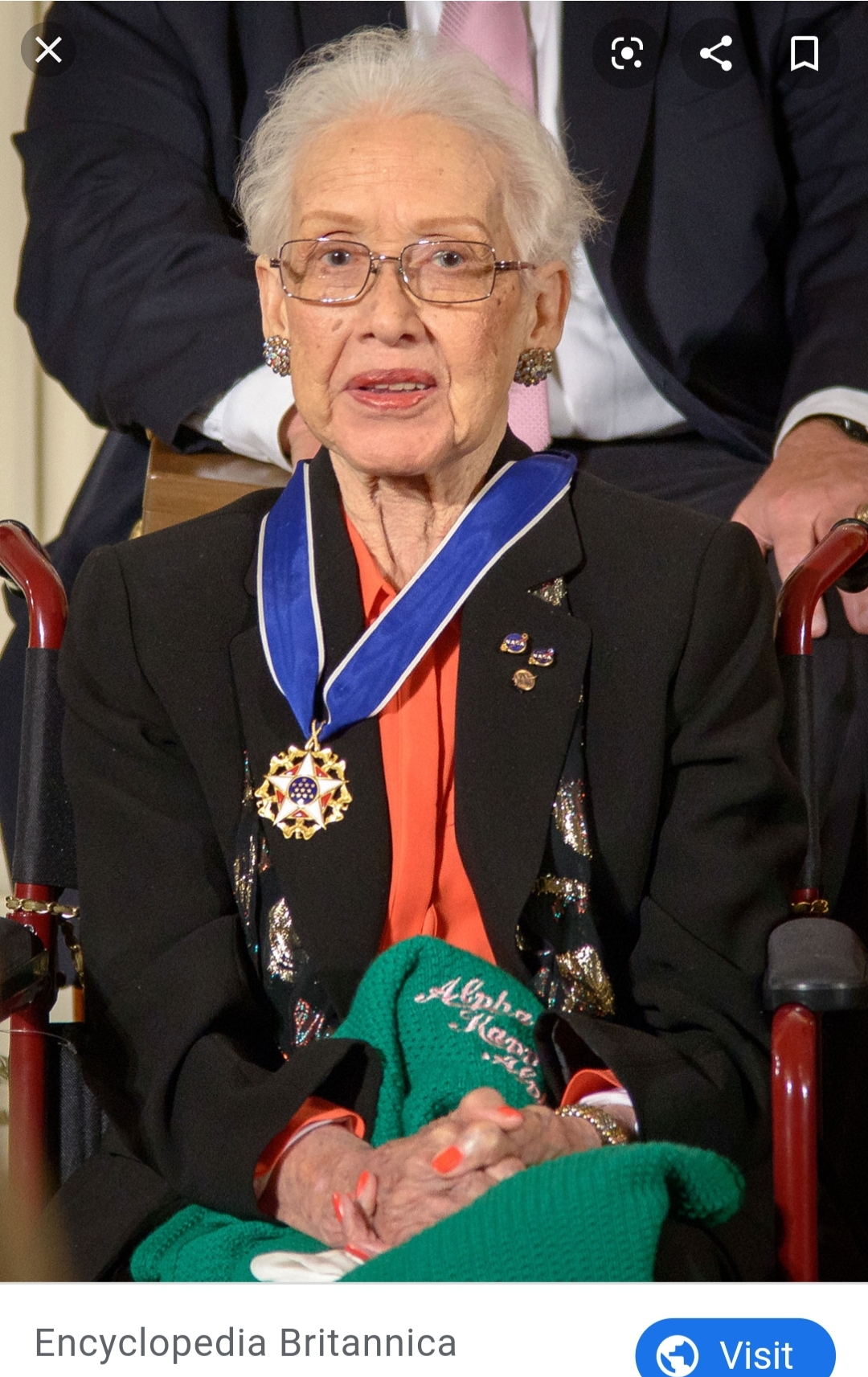 “NASA was a very professional organization. They didn’t have time to be concerned about what color I was.”

Katherine was awarded the Presidential Medal of Freedom in 2015.

Long before that day, she was making history when she was one of three African American students chosen to integrate West Virginia’s Graduate Schools, and was a college graduate by age eighteen.

She began working at NACA in 1953 and would work there and the latter NASA for thirty-six years--retiring in 1986. While working there she did trajectory analysis and worked on various programs both for space flight and other engineering projects on Earth.

Katherine is portrayed by Taraji P Henson in the film Hidden Figures. She has three daughters with her first husband, and remarried after he passed away in the 1950’s.