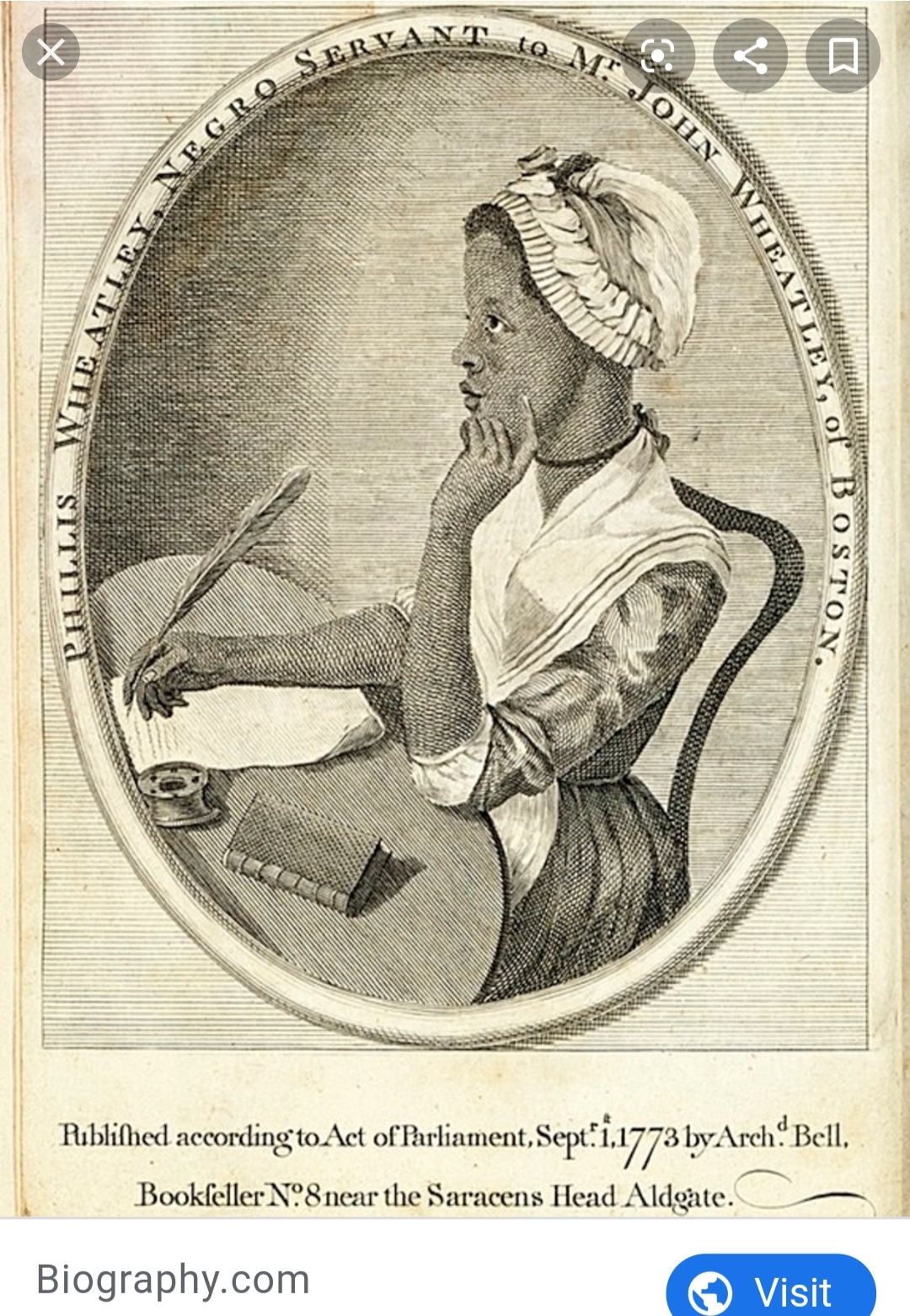 Born: c.1753, Senegal (Or Gambia, The Exact Location is Disputed)

Phillis was a slave and simultaneously one of the best-known poets of her time, writing around 145 poems in her lifetime.

After being purchased to work as a domestic slave, her mistress realized just how bright Phillis was, and while not actually freeing her from all of her duties, had her educated in the classics and taught her to read and write.

She was eventually freed and watched her entire family (the people who had owned her) die in quick succession. With her newfound freedom, Phillis married a free black man with entrepreneurial hopes, despite misgivings from her friends.

Phillis died alone at the young age of around thirty-one; her husband was in debtor’s prison at the time and their three children died before her (with one source claiming she died from complications of childbirth).

Phillis’s works were used by abolitionists as proof that people of African descent could be artistic and intellectual (and therefore should not be held in bondage).

Phillis is also credited with being the first to claim the United States as Columbia; a nickname often used throughout history--whether it be the Columbia expedition or the large masted ship at Disneyland today.

Women Heroes of the Revolution by Susan M Casey