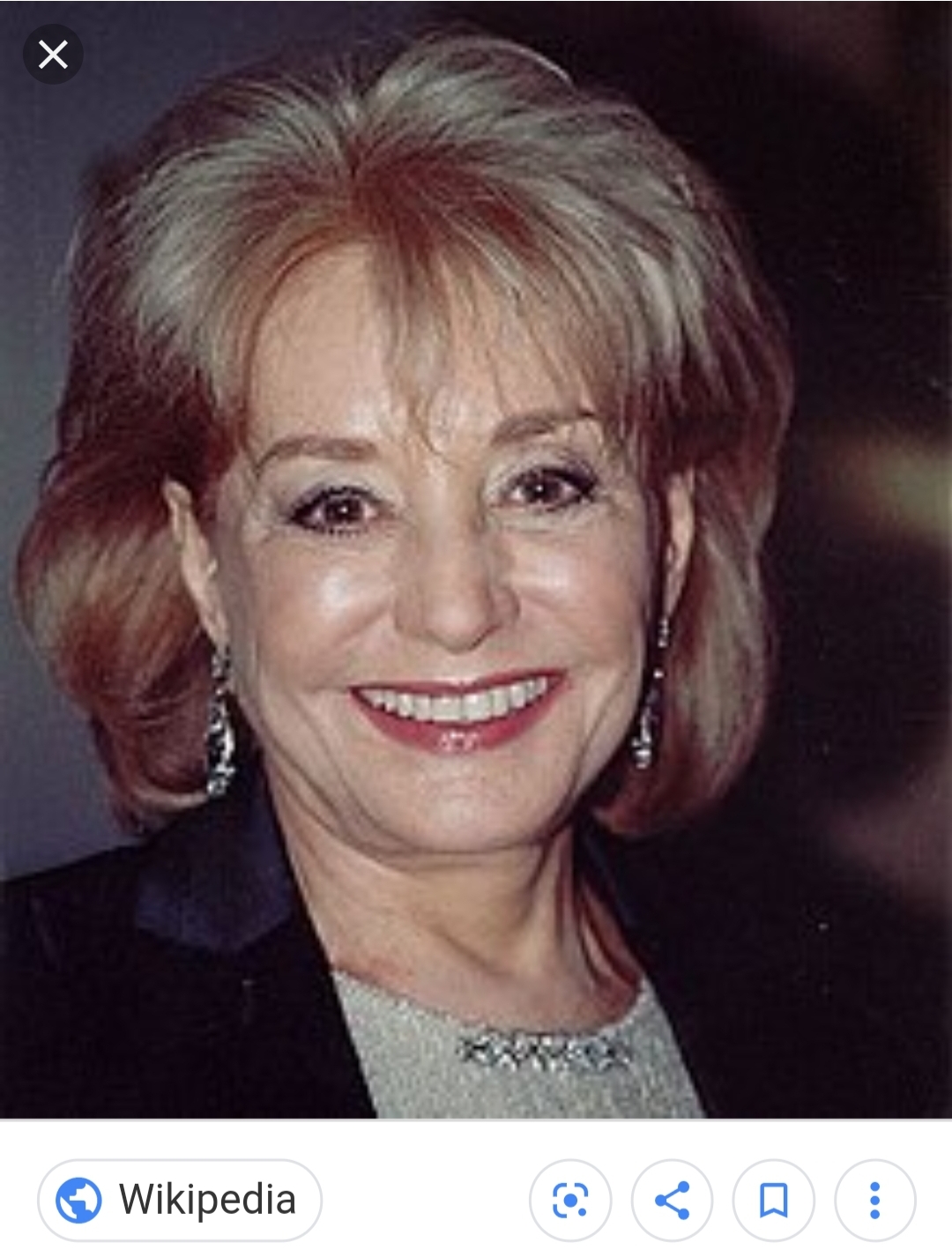 We've all seen her point of View

Barbara is a Media Correspondent and the first woman to ever become co-anchor of an evening news program on a major network.

Barbara worked for many years on The Today Show and ABC’s 20/20 before debuting The View in 1997—the first all-female paneled talk show of its kind (and it’s really sad to see what it’s become—but that’s just me).

Barbara officially retired from appearing on television in 2014 but remains an executive producer of The View and has made sporadic appearances on various programs since.

She has been married twice and has an adopted daughter.