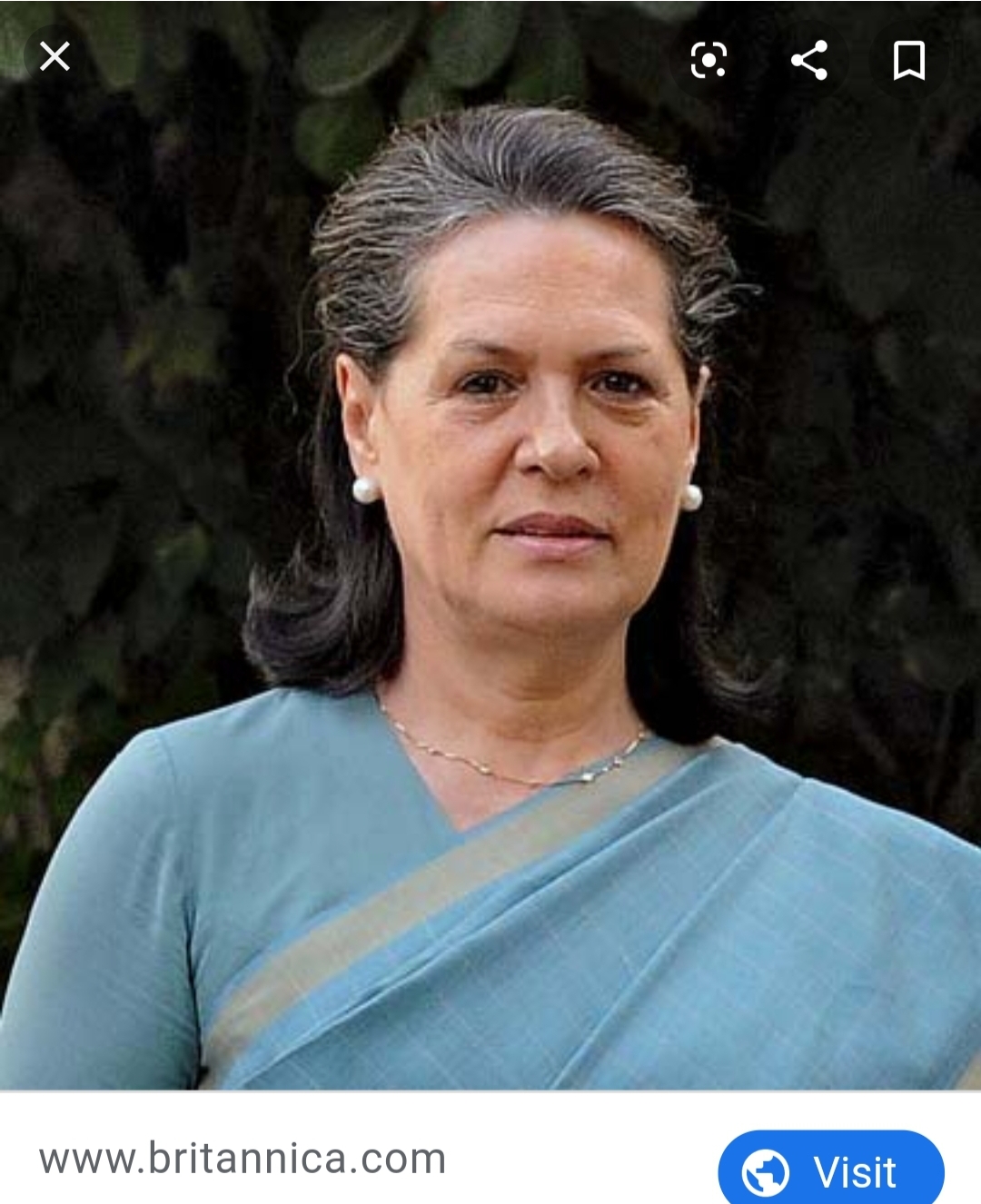 Sonia is the daughter-in-law of Indira Gandhi and declined the office of Prime Minister after her husband’s assassination—shocking the world, nearly all of whom expected her to accept the position.

Although she declined the position of Prime Minister many people saw her at the time as simply a queen appointing a regent to act in her place.

Sonia served as President of the Congress Party from 1998 to 2017. She has also served as Chairperson of the United Progressive Alliance since 2004.

When Sonia’s husband Rajiv was Prime Minister, Sonia preferred to stick to the background, studying art restoration and working to preserve India’s artistic treasures. Though she at first faced resistance because she was not Indian by birth, she quickly proved to the country she was Indian at heart, learning the language and customs and turning away from her Italian roots.

Rajiv was assassinated in 1991, and though Sonia at first refused to enter politics, by 1993 she was traveling the country campaigning on behalf of other members of the party. By 1998 she was head of her party and remained there until 2017, when she retired from her position as head of the party.

According to India Today, Sonia holds the record as longest serving President of the Indian National Congress Party.