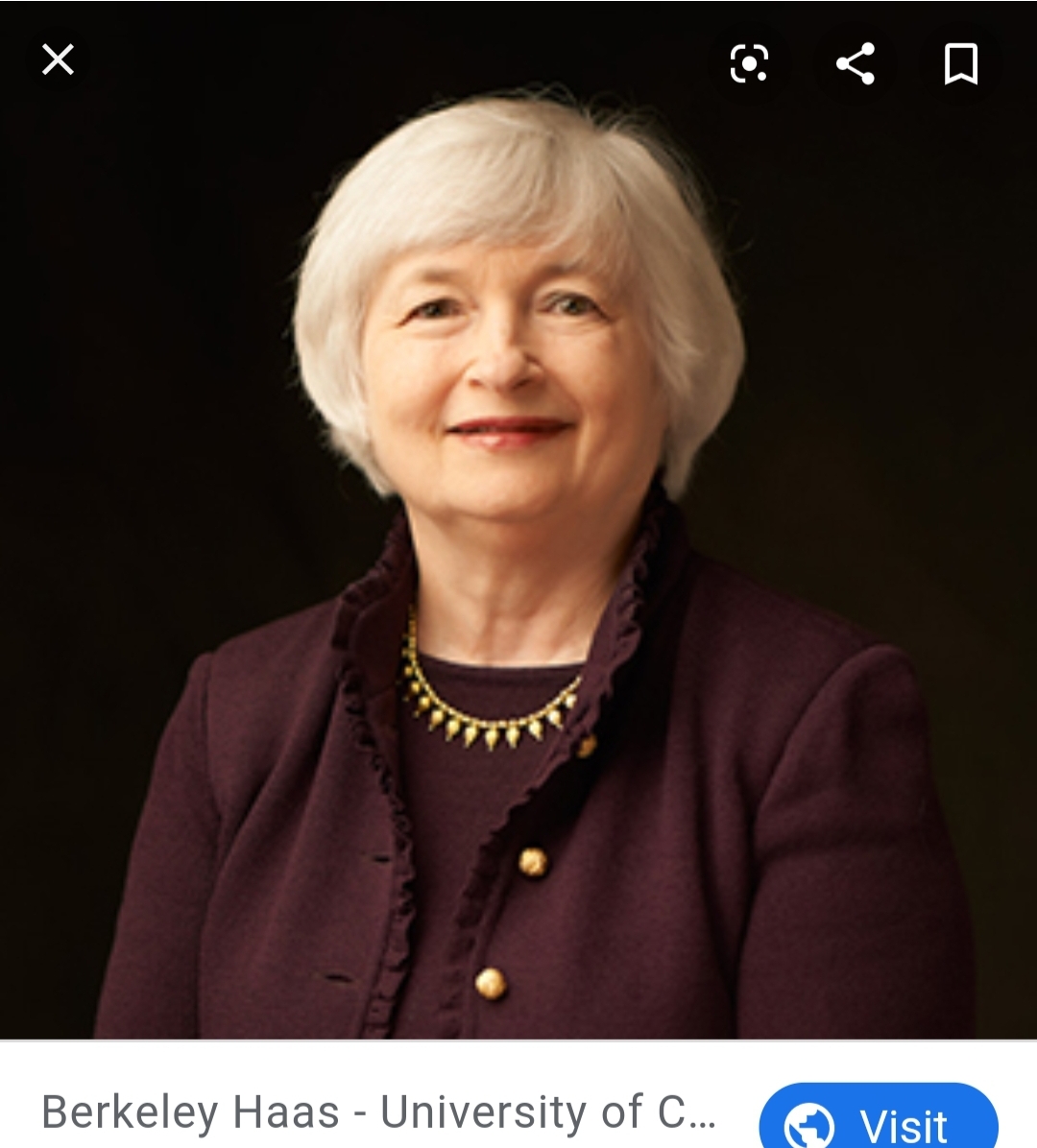 Janet is an economist at the Brookings Institution and former chair of the Federal Reserve from 2014 to 2018. She was the first woman to ever run “The Fed”.

Janet was also president of the Federal Reserve Bank of San Francisco for six years.

She holds a doctorate in economics from Yale.

Janet is married to a man who is a co-winner of the Nobel Prize in Economics.

In 2020, Joe Biden announced that, should be become president of the United States, he would move to make Janet the first female Secretary of the United States Treasury. If the Senate confirms her, Janet will indeed become the first woman to take that Cabinet position. In 2021, Janet was confirmed as the Treasury Secretary.