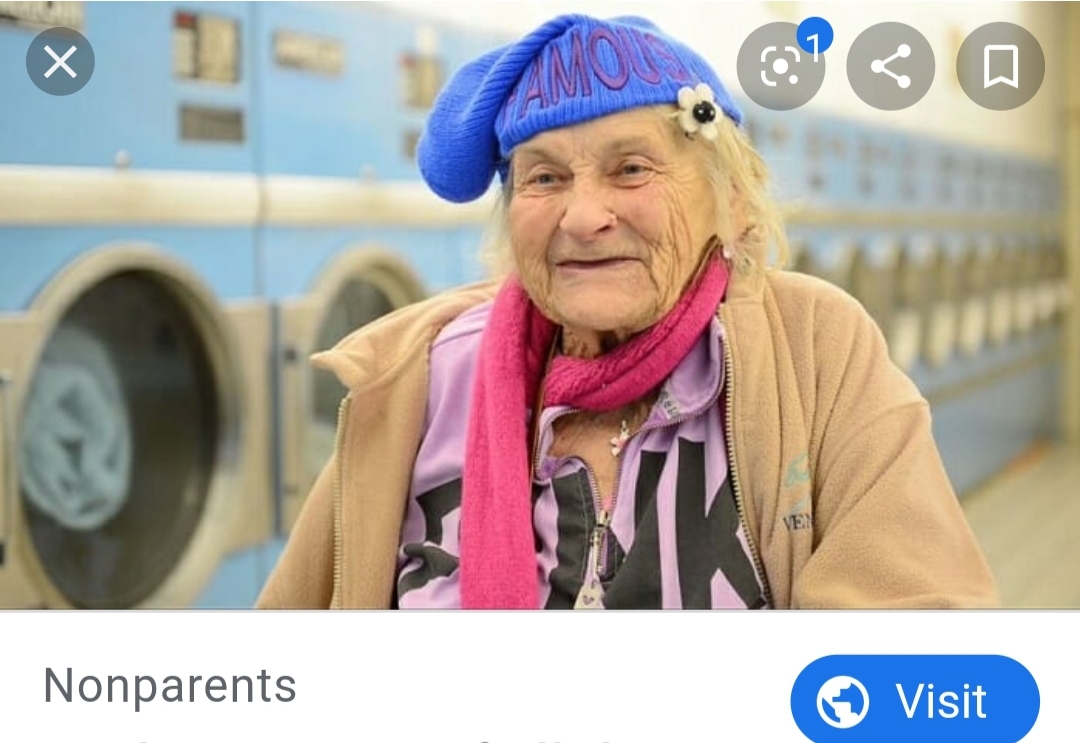 Star of the documentary Queen Mimi

Not much is known about her other than the fact she is known for being a homeless woman who lived in a Santa Monica laundromat for eighteen years.

Before becoming homeless, she had been married for many years and had two children but divorced her husband after finding out he cheated on her.

After the documentary came out, she got her own apartment—but still makes regular trips to the laundromat to hang out with friends.

The Trailer for Queen Mimi can be viewed to the left.