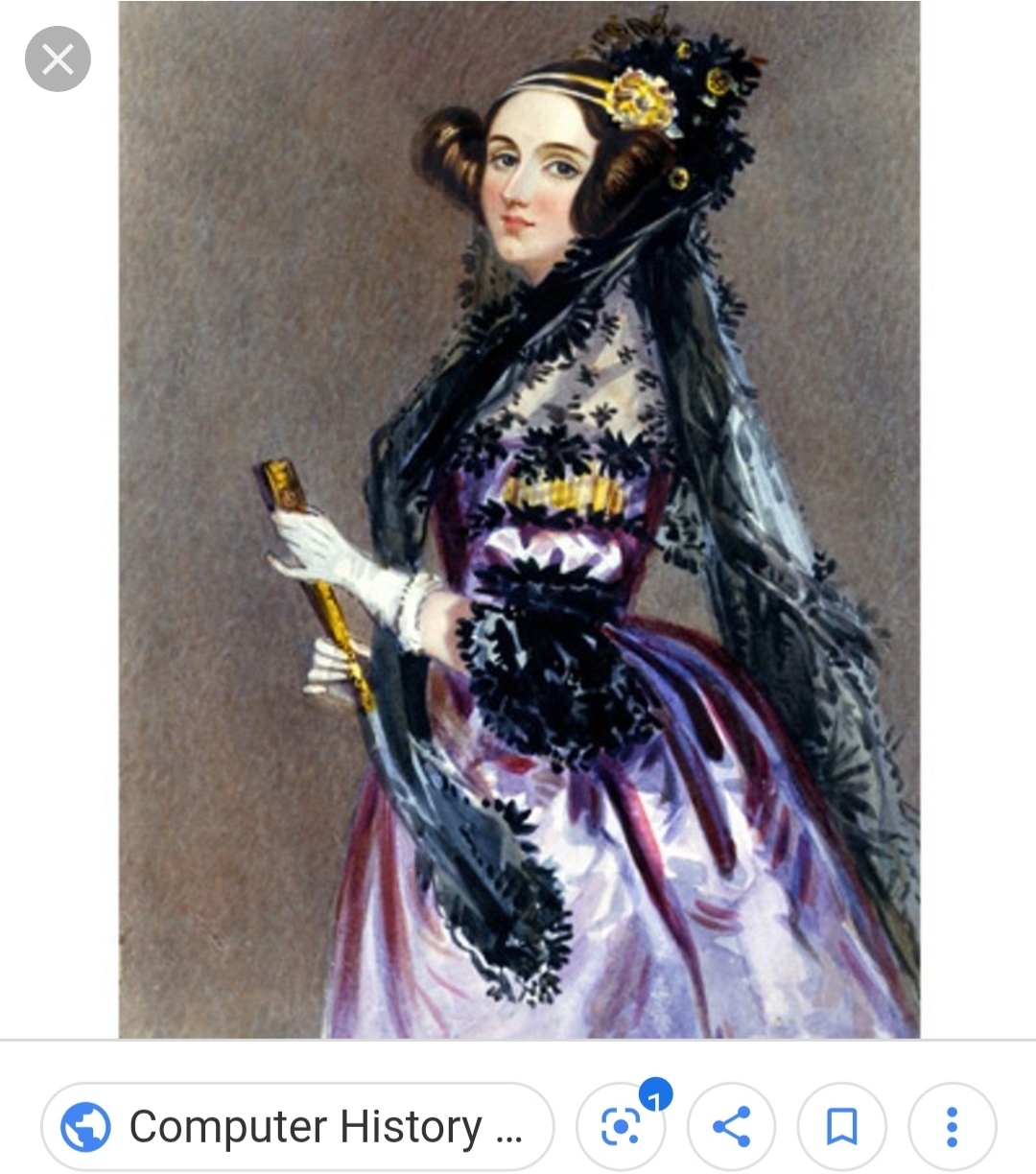 Computer programmer and daughter of famed poet Lord Byron (Ada was his only legitimate child but her mother left her father weeks after Ada was born--Byron moved to Greece and died when Ada was eight with her never having seen him again).

Ada's mother insisted she was taught math and science by her tutors. Ada is known as one of the first computer programmers after she wrote extensive notes on the difference machine—which is considered one of the earliest computers—in the 1880’s.

Ada was married with three children and she passed away from uterine cancer after being put in dire financial straits from a gambling addiction.