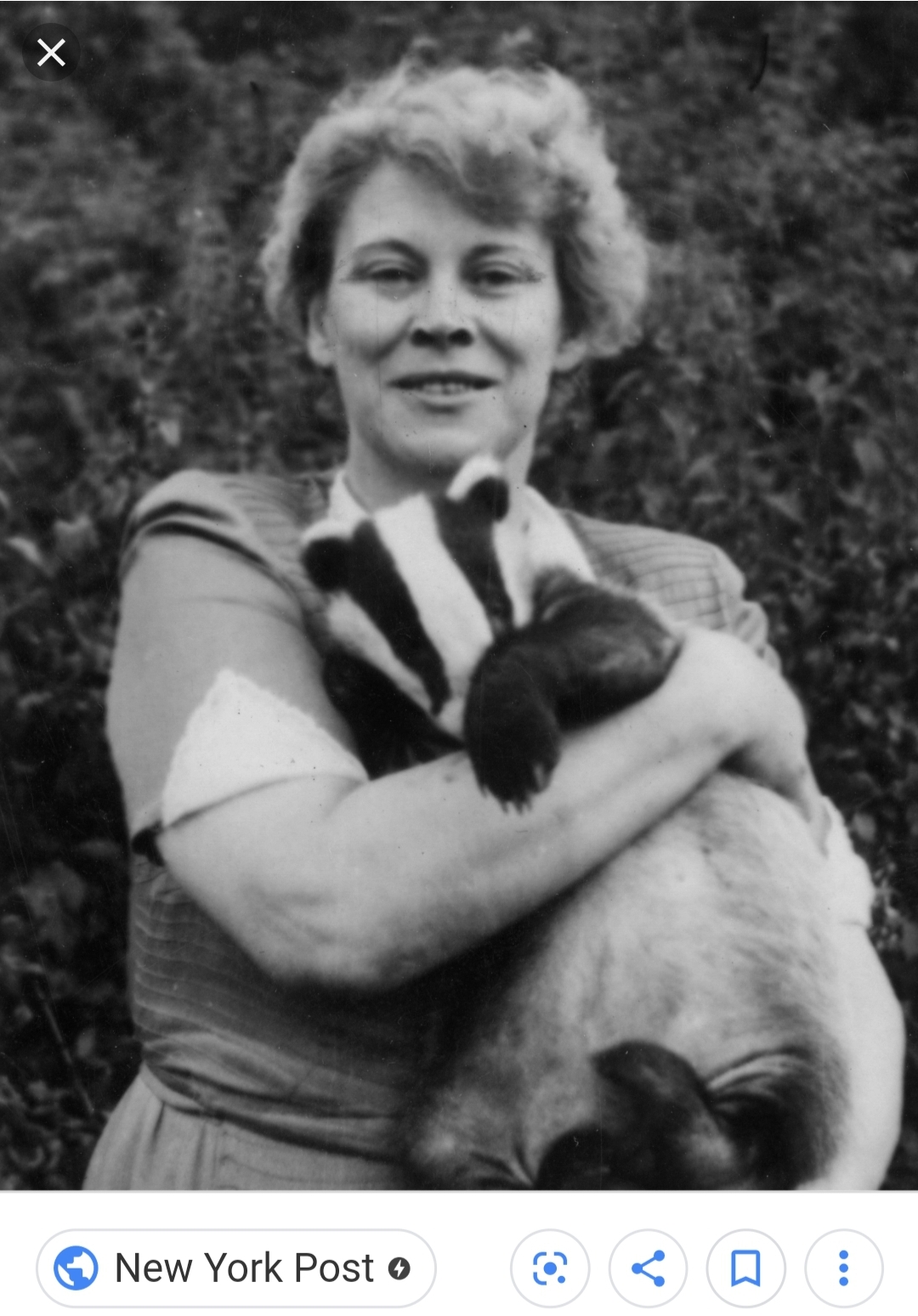 Antonina was a respected teacher and author of children’s books in her native Poland before the war broke out. Her parents died early in her life during the Bolshevik occupation of Russia (and what is now Poland)

She and her Husband Jan Helped Hide Jews in the Warsaw Zoo during the Holocaust. They were able to do this because Jan was the director of the zoo at the time. It is believed Antonina and Jan saved around 300 people, Gentile and Jew alike, over a three-year period. Of all the people they helped, its believed only two didn’t survive the war.

Because of the bombings of Warsaw, large swaths of the zoo were destroyed, and most of the animals were either killed or shipped off to German zoos. In order to keep the property running, Jan and Antonina turned the property into a pig farm and smuggled some of the meat into the Warsaw Ghetto for the starving Jews, who allowed themselves to eat the meat in order to keep from actually starving to death.

After Jan was taken prison for participating in the Warsaw Uprisings of 1944, Antonina continued to protect the Jews still hiding in the zoo and help her fellow Poles in any way she could around Warsaw.

The zoo reopened in 1949, but because the zoo was now located in Communist USSR, it lacked the freedom and ability to be as amazing as it had been before the war, and Jan resigned as director two years later. The zoo would not regain its former glory until 1989, when the USSR collapsed and lost control of Warsaw.

In 1965, Jan and Antonina were recognized as being Righteous Among the Nations. In 1968, Jan was able to plant a tree on the Mount of Remembrance.

A book was written about her incredible story—which was later adopted into a Hollywood film, Jessica Chastain portrays Antonina.

The Zookeeper’s Wife by Diane Ackerman